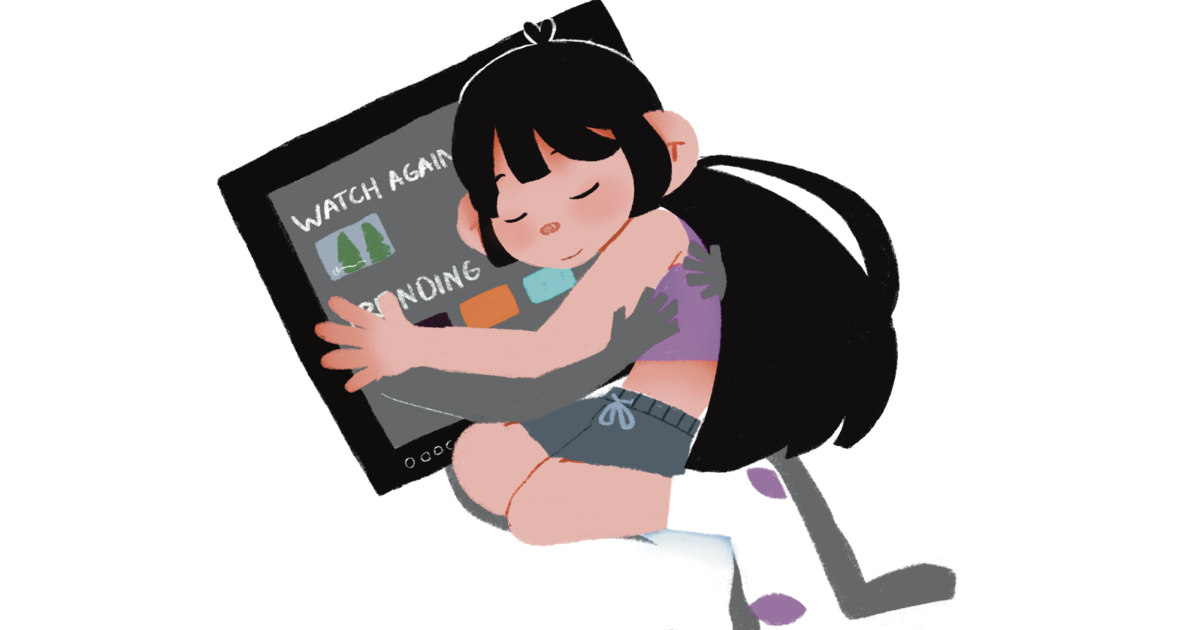 Nursing freshman Elizabeth Benitez said she was upset when “The Vampire Diaries” left Netflix earlier this September. It had been a comfort show for her since middle school, and she kept coming back for an episode or two whenever she felt stressed.

By this summer, Benitez said she had finished the entire series three times. She tries to start from the beginning each time, but she tends to skip around the episodes.

But what exactly is a comfort show?

There is no clear origin where the term came from. Yet, the phrase has come up on the internet over the recent years, especially during the pandemic — whether one looks at a Twitter thread of someone talking about their favorite comfort shows or a top 16 list from Time magazine.

In a 2020 Oprah Daily article, Elena Nicolaou, then-culture editor of the publication, defined the concept as “feel-good programs [that] provide an escape from stressful times—by way of familiarity. Comfort TV shows are usually the ones you’ve watched over and over, so when you return, it’s like hanging out with old friends.”

It all comes down to psychology.

When people become more stressed, they have to exert their cognitive control and begin to minimize effort, psychology professor Daniel Levine said. Therefore, people want to do things they know will relieve stress and make them feel good.

“Cognitive control is like a muscle that if you have used it a lot, you’ll tend to want to rest it after a while,” Levine said.

A comfort TV show also doesn’t have to be funny or lighthearted or follow any rules. On the internet, people have shared all sorts of comfort TV shows — whether they be low-risk, high-reward comedies such as “Schitt’s Creek” and “Parks and Recreation;” decades-old sitcoms such as “Seinfeld” and “The Golden Girls;” or gloomy, dark shows like “Law & Order: Special Victims Unit” and “The Twilight Zone.”

Other than sharing the label “TV shows,” there are no commonalities between them.

People’s favorite genres are idiosyncratic and personal, Levine said. He cited music as an example. Some people prefer classical, others ’60s soft rock and others heavy metal.

Education junior Fernanda Reyes said she has been going back to “Jersey Shore” and its spinoff series for a decade. The series gives a reality-based look at the vapid lives of several New Jersey 20-somethings and their respective friends or hook-ups.

The partying scenes in the show first caught her attention in middle school because she wanted to be like them. But she keeps coming back to the show for the drama or whenever gossip about it is brought up on TikTok, even if she doesn’t find it relatable anymore, Reyes said.

“I’m more worried about [the characters], and then I don’t focus on my own stuff. I just get into their tea,” she said.

TV shows can also provide a sense of nostalgia, which is often comforting. Throughout 2020, many Americans gravitated toward classic picks such as “Friends,” “Family Matters,” “The Golden Girls” and “Two and a Half Men,” which accounted for a combined 234 billion viewing minutes, according to Nielsen, a firm focusing on audience measurement, data and analytics.

When people are familiar with a show, they develop a connection with the characters, which makes them feel more comfortable, Pamela Rutledge, Media Psychology Center director and media psychologist, told NPR in 2020.

“Our energy’s a little bit used up from the stress, and so we’re really looking for something that we can enjoy that isn’t going to use more of our energy, that’s going to actually reinforce or relax or allow us to escape and give us a little bit of a vacation rather than tax our brains to figure out what’s going on in a very complex plot,” Rutledge said.

When people have found pleasure in their favorite form of entertainment, there can be a fear of either losing or not getting it from trying new things, Levine said.

Despite how it may seem, starting a new show requires a lot of mental work — new characters to learn, plot threads to remember, predictions for what will happen and the possibility of an unpleasant turn, according to Psychology Today. However, when watching an old favorite show, there’s no guesswork, cliffhangers or stressful anticipation.

This process is called the mere exposure effect — the more time one is exposed to something, including TV shows, the more they tend to like it later. As their exposure continues, it increases the ease of processing information in subsequent experiences. Since it’s easy to process, it increases positive emotions and makes everything easier to process.

Therefore, if you find yourself watching “The Office” again this weekend, don’t feel bad about doing so. Also, don’t roll your eyes if you hear someone telling you they’re rewatching “Friends” for the 73rd time. You’re doing yourself a favor by giving your brain a break and, in the end, you’ll love what you’re watching.