Comic Gabriel “Fluffy” Iglesias: Keeping it “fun and friendly for everyone” 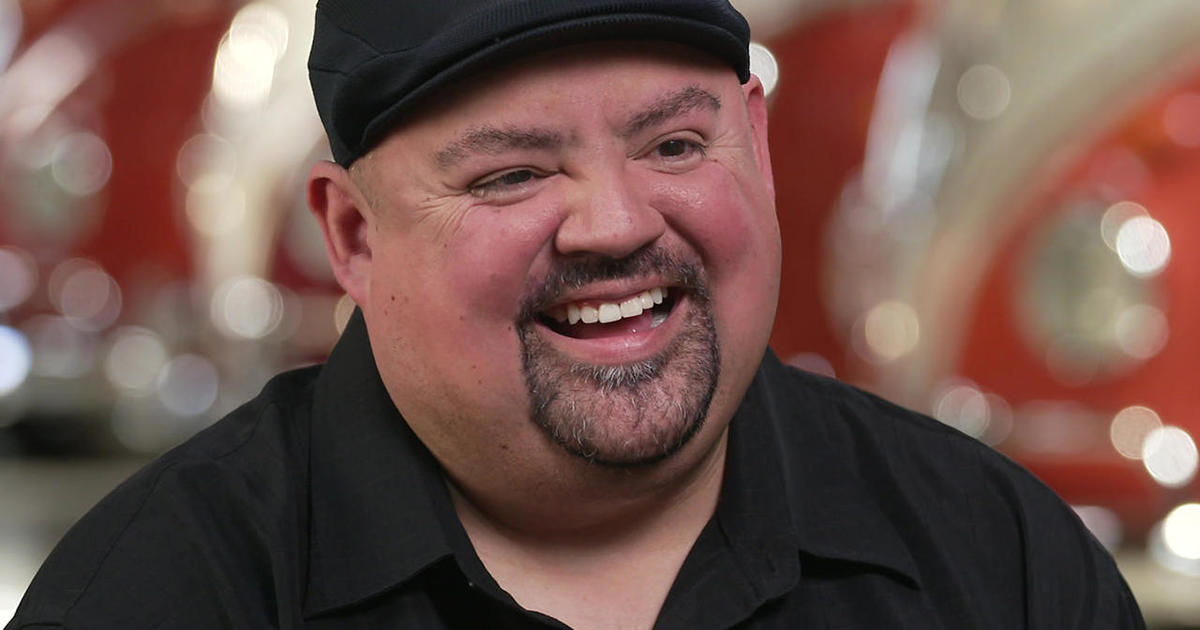 It takes a pretty big name to fill L.A.’s Dodger Stadium. The Beatles didn’t quite manage it in 1966, but Sir Elton John did in ’75. And last May, Gabriel Iglesias became the first comic ever to sell out the famous ballpark, all for a comedy special that’s streaming now on Netflix.

“It was such an amazing night,” said Iglesias, known to his millions of fans as Fluffy. “I still tell everybody, ‘That is the single greatest night of my life.'”

He said the nickname Fluffy came about many years ago: “I told my mom, ‘Mom, you know, they keep callin’ me fat.’ ‘Oh, mi hijo, you’re not fat; you’re fluffy.’ And I’m like, fluffy? Okay, fluffy. And it just stuck. And I hated it. I hated the fact that people were calling me Fluffy, not calling me Gabriel. And right now, if you Google or you go to any search engine and you put in fluffy, my face pops up. And so, I tell people I own the word, because, literally, I do!”

He also owns a reputation as one of the most successful comedians working today and – by choice – one of the least controversial.

He told his standup audience: “I don’t talk about politics, religion or sports, because all three will divide people. That’s why I talk about food, because food brings people together. That’s right! Unless you’re vegan!”

Iglesias said, “Everyone has opinions. And I tell people, ‘I got strong opinions. But I don’t put ’em on stage … You wanna know how I feel? Buy me a drink. Let’s hang out at the bar. Leave your camera in the car. All right? Let’s just talk, you know?’ As a comic, though, I just want to keep the show fun and friendly for everyone.”

To watch a trailer for Fluffy’s Netflix comedy special “Stadium Fluffy,” click on the video player below:

The youngest of six, Iglesias was just a kid when his parents split up, so he was raised by his single mom.  “Was she strict?” asked Smith.

“Not strict; she was fair,” Iglesias offered. “And I tested her many times as a kid. Fortunately I learned quickly that I don’t like pain, yeah, ’cause back then, you were allowed to … yeah. And it was encouraged!”

“An occasional spanking or two?”

“Spanking is light. No, my mom had a belt! She had a nail that she put in the kitchen in the wall and then she would hang the belt on the nail. And she’d go, you know, ‘I’m your mom, and that’s your dad. You let me know when you wanna talk to him.’ And I’m like, ‘Okay.'”

Even as a grade school kid, young Gabriel was a standup comedy fan. Eddie Murphy’s concert film “Raw” was his favorite. “My mom was gonna be gone for a couple of hours and so I got a couple of hours’ worth of videotapes and that’s what kept me entertained while she was gone.

“‘Eddie Murphy Raw’ is what I saw and what inspired me to want to do comedy. Next thing I know, I did a school talent show, and the rest is history.”

Like most new comedians, Fluffy’s early gigs didn’t pay much, so he took side jobs to scrape by: “I knew a contractor. I called him up and I said, ‘Hey, do you have anything I could do for cash?’ And he goes, ‘Well, all I got are guys that are digging ditches. You know, if you’re not too good to dig a ditch.’ I’m like, ‘I’ll go dig a ditch.’ And so, I did that just to get cash.”

“So, you’d be digging ditches by day when you had to?”

“And doing comedy at night.”

But it got better, and within a few years he went from making a living on stage to making a killing. Now, with a net worth reportedly in the tens of millions, Fluffy Iglesias can afford to indulge his lifelong passion: Volkswagens.

His office near his hometown of Long Beach, California, looks more like a VW museum – each one pristine and drivable.

He took Smith out for a spin in one of his Beetles: “If you don’t struggle, if you don’t know what it is to have to earn something, then will you really appreciate it? How will you take care of it?”

But it’s a hobby that takes a backseat to his career. Fluffy’s been known to spend 44 weeks a year on the road.

Smith asked, “You’ve had a few health issues that, I don’t know whether it’s due to the relentless pace?”

“No, it’s due to drive-thrus, right?” he replied. “I’m a heavy guy now, but I used to be 100 pounds heavier. And so, you know, it’s easy to do it when you’re younger. But time starts creepin’ up on you. You gotta adjust or, you know, it’ll adjust for you.”

“Did you have alarm bells? I mean, you got diagnosed with diabetes?”

“Diabetes, yeah. And I still, like wear a monitor right here that, you know, keeps tabs on my blood sugar and lets me know when I’m actin’ a fool. But, you know, you wear this long enough, you already know. I already know, just looking at something, Yeah, that’s gonna – it’s like a little extra relationship: Don’t even think about…”

“Sometimes. But if there’s an opportunity for a moment, I feel like I still need my little moments.”

And few moments are sweeter than his Dodger Stadium gig. In fact, the day before it happened, Iglesias said he knew it would be a hard act to follow.

Walking onto the field with Iglesias, Smith asked, “How do you top this?”

“That’s been a question. What do we do after this? Because, like, for me, the first thought was, after 25 years, maybe I hang it up. I’ve saved my money. I’ve paid all my bills. I don’t owe anybody anything. I could actually just ride off into the sunset, and I think nobody would hold it against me if I made this the last show.

“But then there’s also the conversation of, ‘Well, if you could do one of these, maybe you could do another one?’ And so, you know, I think that’s more what we’re leaning towards.”