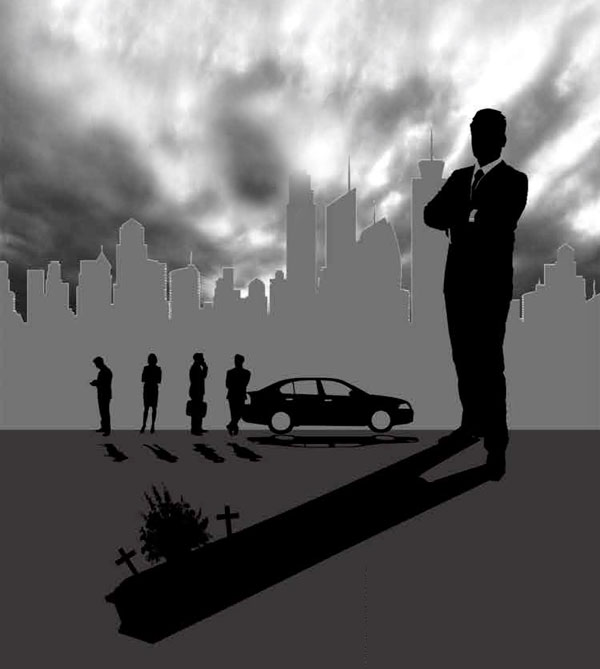 Chile’s entertainment industry, despite its reduced size, has grown from strength to strength as the growing number of deep-pocketed streaming platforms and content studios have sought international productions that reflect the diversity of their global audiences.

“We are developing projects for different countries, in alliances with large partners and with multicultural teams, where we empower ourselves and grow our stories, so that they are more attractive when seeking financing, and analyzing different business models in each country,” said producer Macarena Cardone of Invercine.

She added: “In Latin America, we have a lot of talent that tells good stories which travel universally on platforms and on television networks around the world.”

Some Chilean actors, led by the ubiquitous Alfredo Castro, have mastered neutral Spanish to expand their repertoire across the region.

The country’s wealth of talent, stories, locations and skilled crew has contributed, in no small part, to the explosion of content, which everyone agrees has been tremendous.

Across the region, more strategic alliances are being formed to carry out projects and integrate talent from everywhere. Among the country’s top producers are Fabula, run by the Larrain brothers Juan de Dios and Pablo (“Spencer”), who are taking fiction thriller series “Santa Maria” to Conecta. Other key players participating in Conecta Fiction include:

A showrunner, director, screenwriter and producer, Caffiero snagged a 2018 International Emmy for series “The Suspended Mourning” (“Una historia necesaria”), which featured brief vignettes of the detainees who vanished during Augusto Pinochet’s brutal dictatorship. As showrunner of BTF Media’s outpost in Santiago de Chile, Caffiero develops projects with a strong social content for Latin America and U.S. Caffiero will be seeking distribution at Conecta Fiction for “La vida de nosotras,” directed by Bárbara Barrera Morales and other female directors, a four-episode dramatic fiction series now in post, which delves into 16 stories of sexist violence suffered by women in modern-day society.

A founding partner and executive producer at Invercine, Cardone has been a board member at Chile’s film and TV producers org APCT since 2016 where she currently serves as secretary. She has worked in advertising as well as in film and fiction TV series. Invercine has produced more than 300 hours of premium television content. Among its standouts are “Dignidad,” (Prime Video Latin America), “Mary & Mike” (Turner, Starz) and “Ramona” (TVN). Invercine is taking an adaptation of Isabel Allende’s epic romance adventure “Hija de la Fortuna” to Conecta Fiction. Set during the gold rush of 1849, the English-language series will take place in Chile and California. “We are looking to partner with a production company in the U.K. to develop it, find international talent and get a fresh take with a young English writer as showrunner,” says Cardone.

A prolific Chilean-Italian producer whose credits include “Vera de Verdad” (Italy-Chile), “La Pampa” (Peru-Spain), “Uomo di Fumo” (Italy-Chile) and “La Versione di Anita” (Brazil-Italy), Jury is presenting at Conecta, among others,”Microterrícolas,” a kid-targeted fiction series with live insect “actors,” directed by Felipe Atenas, which took five years to get off the ground; and transmedia kids series project “Hola Flinko” (Chile-Colombia), that includes live musical performances. “Both are perfect examples of the collective, universal stories that we want to produce more of,” says Jury. Shot over eight weeks with a 23-person crew armed with macro-cameras, “Microterrícolas” was one of her most challenging projects. “We would sometimes wait an hour and a half for an insect to move,” she recalls of the Atomica and 17Films co-production.

Founded in 2012, Praxia has worked on a variety of genres, including animation, documentaries and fiction. Puga is taking “The Funeral of Mr. Maturana,” based on the eponymous debut novel by Andrés Valenzuela Donoso, to Conecta. She is directing and producing the comedic series, in development and seeks financing. It follows a law firm that plots the “scam of the century.” The lawyers let it be known that they are organizing the funeral of Mr. Facundo Maturana, a little-known Chilean businessman of tremendous wealth. This attracts many who feel they must see and be seen to be part of this elite event, despite exorbitant ticket prices. The only caveat: Mr. Maturana does not exist.

The founder of Maria Wood Prods. and Invercine & Wood has produced a slew of award-winning film and TV shows, led by “Nuestro Siglo,” “Ramona,” “Dignidad” and “Mary & Mike.” She was the former programming director of Chile’s TVN and directed docs such as “Locas Mujeres” and “”Michele Bachelet, la hija del general.” Wood Prod.’s limited series “News of a Kidnapping,” based on the eponymous Gabriel García Marquéz novel, shot last year in Colombia, will be released worldwide on Prime Video. At Conecta, “we’re looking out for Latin American partners and broadcasters for “Vientos patagónicos” (“Patagonian Winds”), which we developed with Nadcon (Peter Nadermann and Petra Wersch ) and ZDF Studios (Sebastian Krekeler and Susanne Franke),” says Wood, who is also moderating a panel at Conecta.