Cowboys’ confidence in Tony Pollard ‘through the roof’ with Ezekiel Elliott unlikely to play vs. Bears 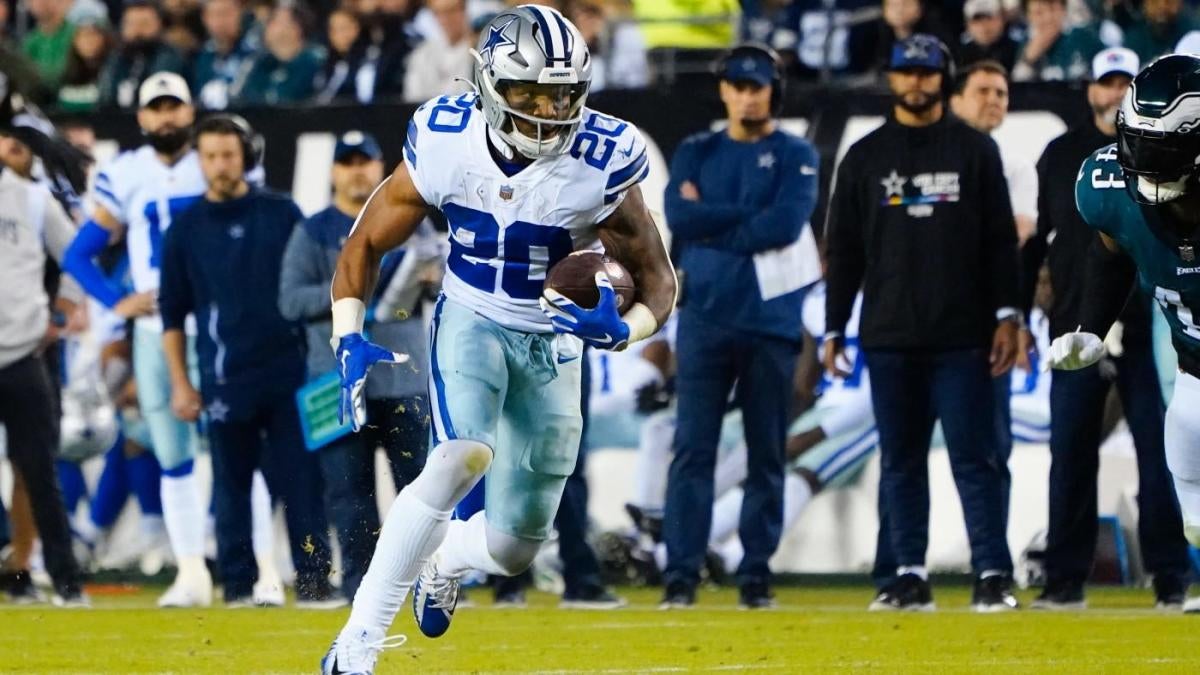 With one of the Dallas Cowboys’ biggest stars, running back Ezekiel Elliott, suffering a grade 2 MCL sprain in last week’s 24-6 win against the Detroit Lions, per the Fort Worth Star-Telegram, the team now turns to fourth-year backup Tony Pollard for its Week 8 matchup against the Chicago Bears. The explosive understudy has averaged 6.2 yards per scrimmage touch since the start of the 2021 season, the most among 40 running backs around the league with over 200 touches in that span. Despite Pollard never having more than 14 carries in a game since entering the NFL as the Cowboys’ fourth-round pick in 2019 — and never having more than 17 rushes in college — his head coach and quarterback have faith.

“I think Tony can handle whatever we ask of him,” Cowboys head coach Mike McCarthy said Thursday. “Our game plan approach is the same. We want to go in and play a certain way against this defense. I have a lot of respect to this defense; it has some similarities to the defense we faced last week. … We’re going to run the ball.”

Pollard’s role has grown in each of the past three seasons. Last season, he set career highs in rushing yards (719), receptions (39) and receiving yards (337). Pollard averaged 5.5 yards per carry in 2021, the fifth-best in the NFL and second-best among running backs.

“My confidence in Tony is through the roof,” Prescott said, via the team’s official website. “You just look at what he’s done in his carries, anytime his number is called he’s the guy that’s going to step up and be his best. He’s a hell of a player, obviously, out of the backfield. Whether it’s running the ball, whether it’s catching or lining up at receiver.”

His signature play this season was his go-ahead 57-yard rushing touchdown in Los Angeles against the Super Bowl Champion Rams, running in-between the tackles past Aaron Donald and the entire defense.

“Whatever they ask of me to carry, I got it,” Pollard said Wednesday. “They call it, I’m gonna haul it. I can go in-between the tackles, outside the tackles, to just try and get the ball in space and make plays.”

Pollard has readied his body for the potential opportunity to be the Cowboys’ lead running back, working in the summer to take on a bigger load for 2022. The team had planned for him to work in more of a committee with Elliott than as a simple change of pace back, a role he has had in previous seasons. Pollard weighed 208 pounds as a rookie, and he said he is now at 217 pounds.

“I do a good job in the offseason, during the season of trying to stay in shape, working in the weight room and just being ready for whatever it is that I’m ready to do,” Pollard said. “I would say I’ve gotten better in pretty much all aspects of my game. Just mentally slowing things down in my head so I can play even faster and just being comfortable out there.”

Even though Elliott said Wednesday that “it’s under consideration” for him to give way to Pollard in Week 8 in order to have three weeks off before playing again with Dallas on bye in Week 9, he’s still pushing to play even if he feels way under 100%.

“The knee feels alright, it’s stiff, dealing with getting a little stiffness out, getting with the training staff and seeing where it can get,” Elliott said when asked what his plan is for the week. “I believe my team needs me out there. I think pain is temporary, and I need to be out there with my guys, so that’s the priority. It’s just how much I care for this team and this organization. It’s my job to be out there and be available. If I can be out there, shit why not? I’m not going to take a game off because I don’t feel 100%, I think that’s soft.”

Elliott, the NFL’s leader in carries (1,845) and rushing yards (8,187) since being drafted fourth overall in the 2016 NFL Draft, said the final call will come after collaborating with the medical staff, himself and his coaches.

“I think it will be a group effort, I think everyone will have their input,” he said. “We’ll come together at the end of the week and decide what we’re going to do.”

His urgency to fight to play this week could also potentially stem from his desire to not cede any ground to Pollard in the unspoken battle to be the Cowboys starting running back in years to come. The fourth-round pick is in the final season of his rookie deal, and the Cowboys could save $11.9 million in salary cap space for 2023 by cutting Elliott before June 1 since the final four years of his six-year, $90 million extension don’t have any guaranteed money attached.

Dak is back, but Cowboys offense still has plenty of room to grow

Whether Elliott or Pollard ran the football last week, their 140 combined rushing yards and the Dallas defense forcing five turnovers were enough to earn a 24-6 win in quarterback Dak Prescott’s first game back from a fractured thumb. Dallas’ face of the franchise missed the previous five games after breaking the thumb on his throwing hand in the season opener against the Buccaneers. Prescott finished with an efficient 207 passing yards and one touchdown pass (a two-yard strike to tight end Peyton Hendershot) on 19-of-25 passing.

“It felt great, I felt comfortable with everything, the thumb didn’t bother me: It wasn’t a thought in my head, and after a few throws, I was back into it,” Prescott said after the game. “I felt fine. This was a great team win. This is what I’ve been watching the last five weeks: this defense, this special teams, just us play complimentary football. It’s great to be back and be a part of it.”

However, McCarthy feels like the Cowboys offense could be more complimentary to its defense, as he wasn’t satisfied with his squad running only 59 offensive plays in the win. That number is right at the team’s season average for offensive plays per game, 59.6, which ranks 26th in the NFL. Being on the field at one of the lowest rates in football this season has led to the Cowboys averaging 19.1 points per game this season, 22nd in the NFL, and a far cry from their NFL-best 31.2 per game average last season. A year ago, the Dallas offense averaged 67.8 offensive plays per game, the second-most in the entire league.

“I start with rushes and completions statistically, and the number that ties into that is total plays,” McCarthy said. “If you get your total plays over 70, your situational offense has to be productive. At the end of the day, you have to get the ball to your playmakers, your perimeter players have to touch the football. If you have a 70-play game, you want to have 55 completions plus rushes. As a quarterback coach, that’s how I learned to get the ball distributed and have a completion percentage around 70%. Our total plays per game are significantly down compared to last year, so you look at the third downs, that’s what you emphasize as a football team. I think we can be better on third downs by running the football and having the benefit of the play-action passing game off of that. Our situational offense has to be better on third down, particularly with two to five yards to gain. Our numbers aren’t where we would like them to be.”

Prescott said he was “back into it” throwing the football in his first game after the thumb injury following “a few throws.” Perhaps after a few starts, he will have the strength to lead the Cowboys offense closer to the dazzling levels of yesteryear.