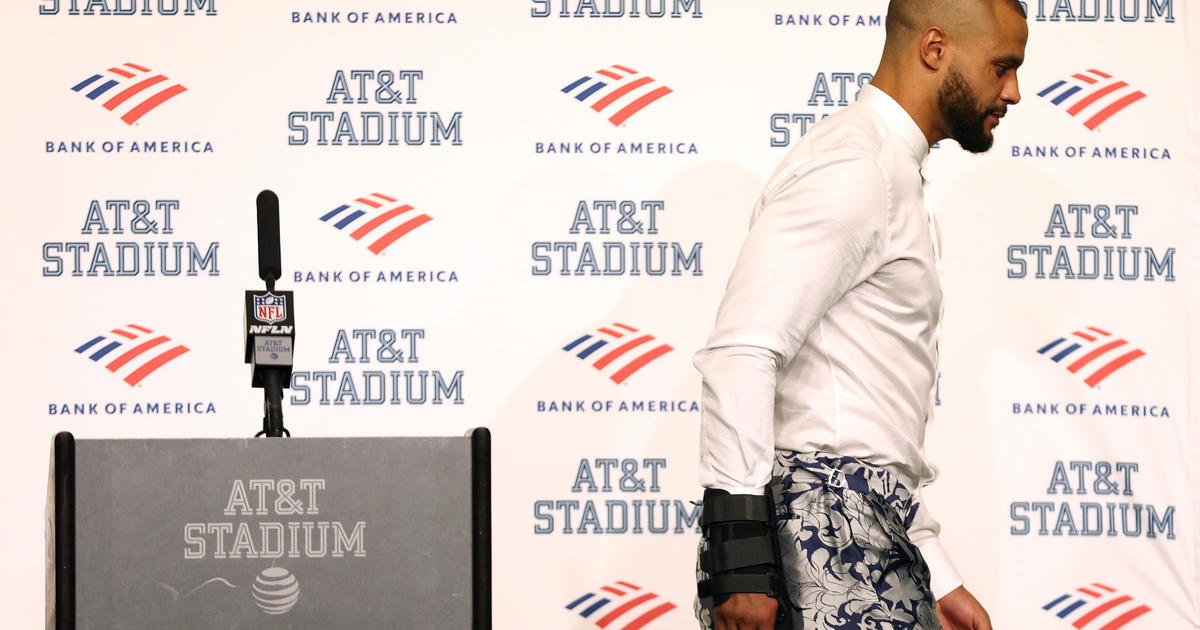 Dallas Cowboys quarterback Dak Prescott will not play for several weeks after injuring his thumb in the team’s 19-3 loss against the Tampa Bay Buccaneers at AT&T Stadium on Sunday night.

Prescott apparently got hurt in the fourth quarter after trying to make a throw over Buccaneers defensive end Shaq Barrett who put his hands up and crashed into Prescott’s right hand. Cowboys owner Jerry Jones told reporters after the game his injury is above his joint and his thumb will need surgery.

“Dak will be out for a little while,” he said. “We’ll be dealing with that as well. This was a really tough night for the Cowboys and a really surprising night.”

ESPN’s Todd Archer reported that the franchise quarterback will miss between six to eight weeks and expected to have surgery on Monday.

Prescott said in a news conference after the game that he thought it was just a jammed finger until he realized he couldn’t grip the ball.

“It’s disappointing but injuries happen,” he said. “Can’t necessarily control it. It’s just unfortunate, obviously gonna miss some time and not be there for my team. That’s what hurts more than anything, especially after the start that we just put out there. Want to be able to respond and not necessarily having that opportunity for several weeks.”

It’s not the first time Prescott has recovered from a major injury. In 2020, he suffered a gruesome leg injury, but recovered and bounced back, tossing a career-high 37 touchdowns last season.