Democrats Hold the Senate, as Cortez Masto Ekes Out a Victory in Nevada 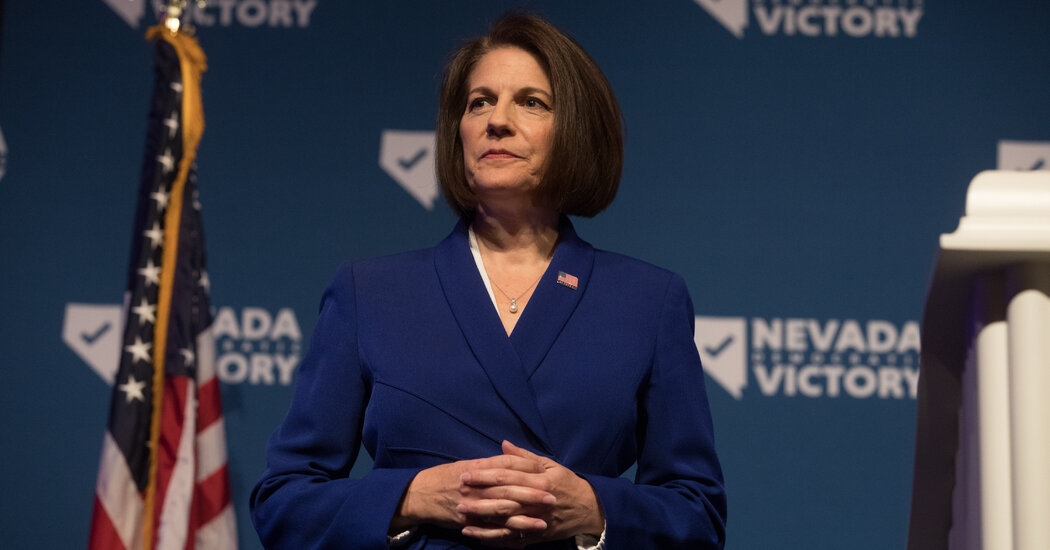 Republicans were dealt another blow on Saturday night when Jim Marchant, who helped organize a national slate of Trump-aligned candidates aiming to take over state election systems, lost Nevada’s race for secretary of state to Cisco Aguilar, a Democrat. The result meant that every election denier hoping to run future elections in a major battleground state had been defeated.

And Democrats were racking up victories elsewhere: In Washington, one of the biggest upsets of the midterms was declared when a Democratic political neophyte, Marie Gluesenkamp Perez, beat Joe Kent, a hard-right veteran backed by Mr. Trump who in a primary had ousted the current Republican representative, Jaime Herrera Beutler, as retribution for her vote to impeach Mr. Trump. Mr. Kent’s loss was the second time Republicans had ousted a member of their party who backed impeachment, only to lose the seat to Democrats.

A Democratic Senate will be invaluable to Mr. Biden, even if Republicans narrowly secure control of the House. In addition to having two more years to confirm judges, the president will have more control over personnel in his government with the confirmation of nominees under the guidance of Mr. Schumer.

By never bringing House bills to a vote, Senate Democrats will be able to insulate Mr. Biden from having to veto politically difficult legislation. Senate Democrats will be able to answer political messaging bills passed by the House with political messages of their own, using bipartisan measures like the infrastructure bill and the gun control bill that came out of the current 50-50 Senate in an effort to pressure House Republicans to act.

“Because the American people turned out to elect Democrats in the Senate, there is now a firewall against the threat a nationwide abortion ban, cuts to Medicare, Medicaid or Social Security, and the extreme MAGA Republican policies,” Mr. Schumer said Saturday night. “Republicans in the House should be on notice.”

In past showdowns, bipartisan solutions secured in the Senate have ultimately been swallowed by the House. That becomes more likely in the case of a divided Congress, with the Senate in Democratic hands.

Senate Democrats will also be a voice for the administration when Congress must pass bills to fund the government and raise the statutory borrowing limit. But Republicans, if they win control of the House, will almost certainly try to extract concessions, under the threat of government shutdowns or even a potentially disastrous debt default.