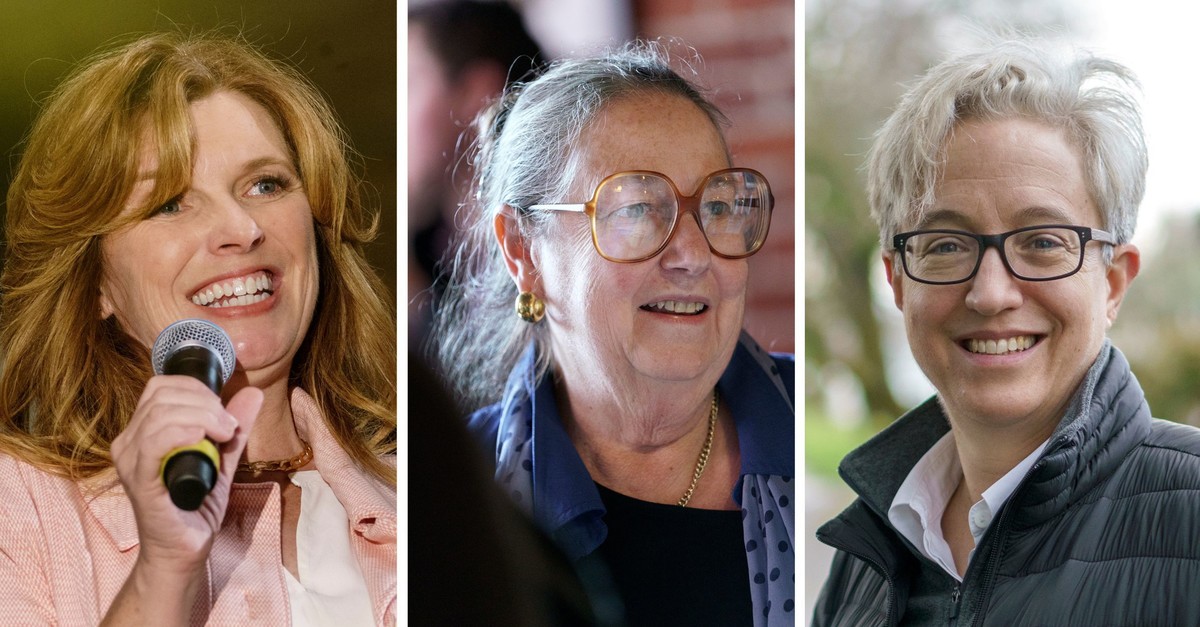 No state in the country elects Democratic governors more reliably than Oregon, but every streak has its end.

This year, after nearly 40 years of dominance, Democrats are staring down the possibility their reign is coming to a close. With ballots in this vote-by-mail state already heading out to voters, polls show Democrat Tina Kotek, a former state House speaker, running neck-and-neck with Republican Christine Drazan, the previous state House GOP leader.

Oregonians are angsty after years of COVID-19 lockdowns, and amid a worsening homelessness crisis that has been particularly acute in Portland, the state’s largest city. And they’re not fans of outgoing Gov. Kate Brown, a Democrat whom polls show has the lowest approval rating of any governor in the country.

That’s one hurdle for Kotek, 56. She worked closely with the governor to pass progressive legislation over nine years as speaker of the state House, but has begun to attack Brown’s record in ads and public appearances as she works to create distance.

“Oregon can do great things,” she said recently. “We have not had the leadership in our governor’s office over the last several years to make that happen, and I am tired of it.”

Another challenge is Betsy Johnson, 71, the former Democratic state senator who grew wary enough of Oregon’s progressive trajectory that she jettisoned her party registration last year. She’s now mounting a well-funded centrist campaign for governor that, though unlikely to succeed, could siphon away Democratic votes.

“Our screwed up political system doesn’t offer any good choices,” Johnson says in one of the many campaign ads that have smothered the state’s airwaves since early this year. “I’m not captive to the far left or the far right.”

And then there’s Drazan, 50, a two-term lawmaker who smiles sunnily on the campaign trail as she tears into the long legislative records of Kotek and Johnson, painting the two women as one and the same.

“Our state is in a very, very difficult position after a decade of single-party control,” Drazan often says. “I ask Oregonians: Are you better off today than you were four years ago? If the answer is no, then the answer is change.”

The money and influence

Oregon has no campaign contribution limits, and the three candidates have raised more than $55 million in total this year, shattering previous records. That’s partly because of huge national interest from the Republican Governors Association and Democratic Governors Association, which have poured money into Oregon.

The race is tight enough that Democrats are calling in reinforcements – including President Joe Biden and U.S. Sen. Elizabeth Warren.

“Oregon is viewed as a state that has always been in the forefront of change — positive change,” Biden said in a recent stop in Portland. “That’s why this race going to matter so much — not only for 2022, but for 2024.”

Republicans are bringing in outside help, too.

Drazan has acknowledged Biden won the 2020 election, and has not courted an endorsement from former President Donald Trump. Instead she’s campaigned with politicians whose path to office she hopes to emulate: Maryland Gov. Larry Hogan and Virginia Gov. Glenn Youngkin, Republicans who won over left-leaning states.