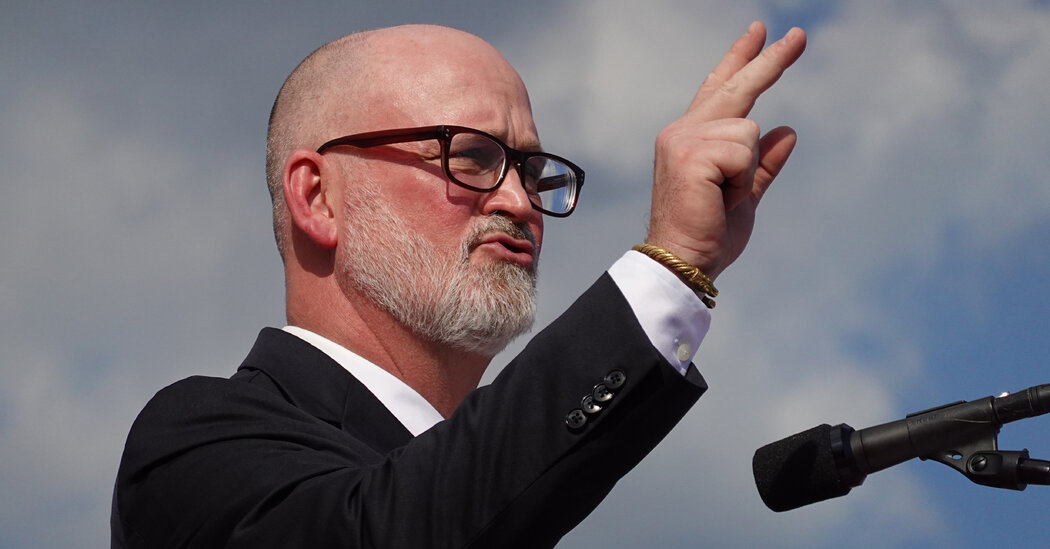 Derrick Van Orden, a retired Navy SEAL who rallied at the Capitol on Jan. 6, 2021, beat Brad Pfaff, a Democratic state senator, according to The Associated Press. His win flips a House seat in rural Wisconsin and hands Republicans a crucial pickup in their push to claim a majority.

The Third Congressional District in western Wisconsin is currently held by Representative Ron Kind, a 13-term centrist Democrat who did not seek re-election. It was one of more than a dozen competitive seats nationwide that Democrats labored to hold this year after a string of retirements.

With 94 percent of the vote counted, Mr. Van Orden had captured 52 percent, with 48 percent going to Mr. Pfaff, according to The A.P.

Mr. Van Orden, who emphasized his military service on the campaign trail, largely ducked questions about his attendance at the Jan. 6 rally, but he wrote in an opinion essay that he left the Capitol when violence began and that he witnessed “what should have been an expression of free speech devolve into one of the most tragic incidents in the history of our nation.”

He focused his campaign on the economy but also leaned into the conservative culture wars, claiming on his website that Democrats were “taking the nation rapidly down the path to socialism” and railing on a podcast against what he described as the “woke ideology” seeping into the military.

Mr. Kind eked out a victory against Mr. Van Orden in 2020 by less than three percentage points in the district, which has grown increasingly conservative in recent years. The party’s hopes for holding the seat faded after Mr. Kind said he would not run for re-election, and Democrats largely left Mr. Pfaff to fend for himself.