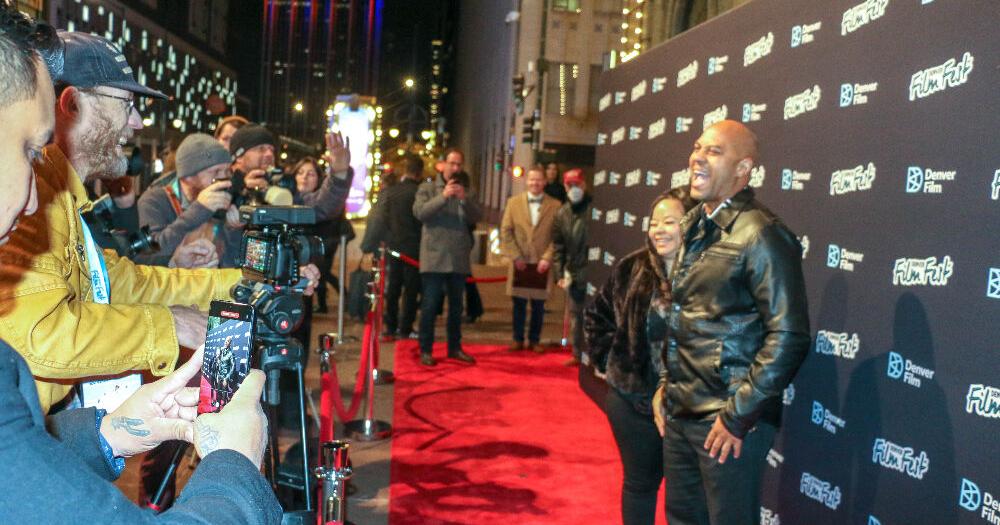 Thursday night’s fancy Denver Film Festival red-carpet screening of “The Holly” at the Ellie Caulkins Opera House was the culmination of eight years of investigative journalism by Julian Rubinstein that led to the book and film that now have many in Denver’s political and police circles on their heels.

Rubinstein, a Denver native, came home to look into the attempted murder case of Terrance Roberts, a gangbanger who went from prison to controversial Park Hill community activist before an incident that shocked the city: Roberts shot a Blood gang member he had once mentored five times at a peace rally Roberts had organized, and surrounded by dozens of witnesses. “Why would this anti-gang activist shoot someone at his own peace rally?” Rubinstein said. “That’s the question that drove me for eight years to try to answer.”

The person who was paralyzed in the shooting refused to testify against Roberts, who was eventually acquitted and is currently running to be the next mayor of Denver.

The deeper Rubinstein looked into the case, the more convinced he became that Roberts not only was acting in self-defense, but that the Blood who came after him was acting on orders from active gang leaders who also were on the payroll of the federal anti-gang task force working through the city.

“It’s a story that shows how power functions in Denver but really, anywhere,” said Rubinstein. “I didn’t set out to make a movie that proves systemic racism, but I believe I ended up with a movie that is a dramatic demonstration of systemic racism.”

Before the film, out on the red carpet, I asked Roberts about how far he’s come in the mere 5 miles that separate 35th and Holly and the Denver Performing Arts Complex. “I never imagined this. This is not what I got into activism for,” he said. “But now that we are here, it feels good. But it was a lot of hard work.”

Roberts said he is running for mayor to focus the campaign conversation on homelessness, public housing and youth violence, which primarily impacts youth of color. He wants people to see “The Holly” when it comes out in wider distribution, he said, “because I want the story of activism to be told. We’ve heard about gangster  rap, we’ve heard about gangsters, we’ve heard about politicians. But right now, revolutionary activism is huge, and people need to see … what community organizers like myself are going through to get Senate Bill 217 (Enhance Law Enforcement Integrity) passed to get justice for Elijah McClain, for George Floyd. They need to see the behind-the-scenes of what it takes to get those actions completed.”

Quote of the day

“I started out to report on a crime that had happened. And it felt like I ended up standing in the middle of a crime in progress.  – “The Holly” Director Julian Rubinstein

Surprise of the night

Earlier Thursday, Denver Mayor Michael Hancock was announcing a new public safety initiative aimed at restoring the public’s trust in the safety of downtown Denver. He was invited to Thursday night’s screening, and Rubinstein called him out for his absence in front of the 1,000 or so in attendance.

“Is this the Denver we want to be in when our own mayor doesn’t even want to see the movie?” Rubinstein said. There was a momentary buzz when an audience member interjected, “He’s here in the room!” Where? She then pointed to Roberts seated on the stage next to Rubinstein, inferring that he will be the mayor after next year’s election.

Today is finally the day Denver Film Festival audiences get to see “The Whale,” the Brendan Fraser comeback film that began life as a Denver Center Theatre Company play back in 2012.  4 p.m., Denver Botanic Gardens. (It’s sold out. The film will be widely released on Dec. 9) …

Screening of the day

It’s (sort of) Closing Night for the 45th Denver Film Festival. (There is a full day of screenings on Sunday, too.) But it’s all been leading to tonight’s red-carpet screening of “”Women Talking,” based on the horrifying 2010 true story of women in a Mennonite colony who were raped persistently by the men in their community while they slept. Actor Sheila McCarthy will receive the fest’s Career Achievement Award before the film, which also features Rooney Mara, Claire Foy,  Judith Ivey and Frances McDormand. 8 p.m., Ellie Caulkins Opera House. 104 minutes

“Reclaiming Denver’s Chinatown,” a documentary produced by the city of Denver’s Office of Storytelling, was featured in a sold-out screening and panel conversation at the Denver Botanic Gardens. Hancock declared Oct. 31 Denver’s Chinatown Commemoration Day to recognize the anti-Chinese riot in 1880 that destroyed the neighborhood.

Off the beaten path