Donald Trump said the Trumpiest thing possible about the election 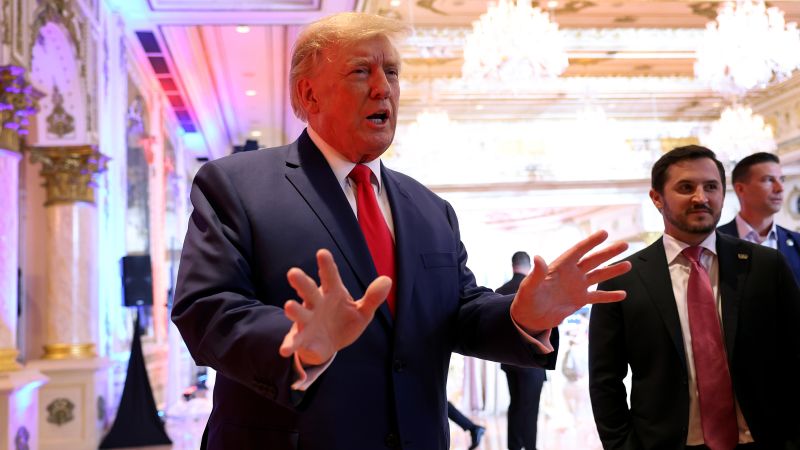 As votes rolled in from across the country Tuesday night, Donald Trump said something truly incredible when asked about how much credit or blame he should get for the election results.

“I think if they win, I should get all of the credit, and if they lose, I should not be blamed at all,” Trump told NewsNation, adding: “But it will probably be just the opposite.”

Yes, he really said that. And, no, he wasn’t kidding. He would, quite simply, like to have his cake and eat it, too.

In Trump’s world, all good things are the direct result of his action while all bad things are definitely someone else’s fault. He is forever telling himself a story in which he is the forever hero – fighting off the losers and the haters who are dragging him down.

Case in point, this tweet from Maggie Haberman of the New York Times:

“Trump is indeed furious this morning, particularly about Mehmet Oz, and is blaming everyone who advised him to back Oz – including his wife, describing it as not her best decision, according to people close to him.”

It was his wife’s fault!

The data tell a different story.

Trump was viewed favorably by just 39% of voters, according to the exit polling, while 58% saw him in an unfavorable light. Those numbers put him below Joe Biden (41% favorable/56% unfavorable).

And there are other numbers in the exit polling that suggest Trump was a drag on Republican candidates. Almost 1 in 3 (28%) of voters said that there vote was to send a message of opposition to the former president – and they voted 90%-8% for Democrats in the House. Just 16% said their vote was a way to support Trump,

Aside from the exit poll numbers, there’s evidence of Donald Trump’s fingerprints all over this election – and not in a good way. He endorsed candidates in gubernatorial races in Pennsylvania, Maryland, Illinois and Michigan who all lost convincingly as they struggled to develop a winning general election message. (In the Arizona governor’s race, election denier – and Trump endorsee – Kari Lake trails although there is still a significant number of ballots left to count.)

On the Senate side, Trump’s record was slightly better. While Oz lost in Pennsylvania, his endorsed candidates won in North Carolina and Ohio. In Georgia, the race between Herschel Walker and Sen. Raphael Warnock is too early to call. Ditto the Arizona Senate race between Trump-backed Blake Masters and Sen. Mark Kelly. And Nevada, where Adam Laxalt, who had the Trump endorsement, leads Sen. Catherine Cortez Masto.

But, it’s a decidedly mixed record. And not one that Trump can take credit for while avoiding blame.