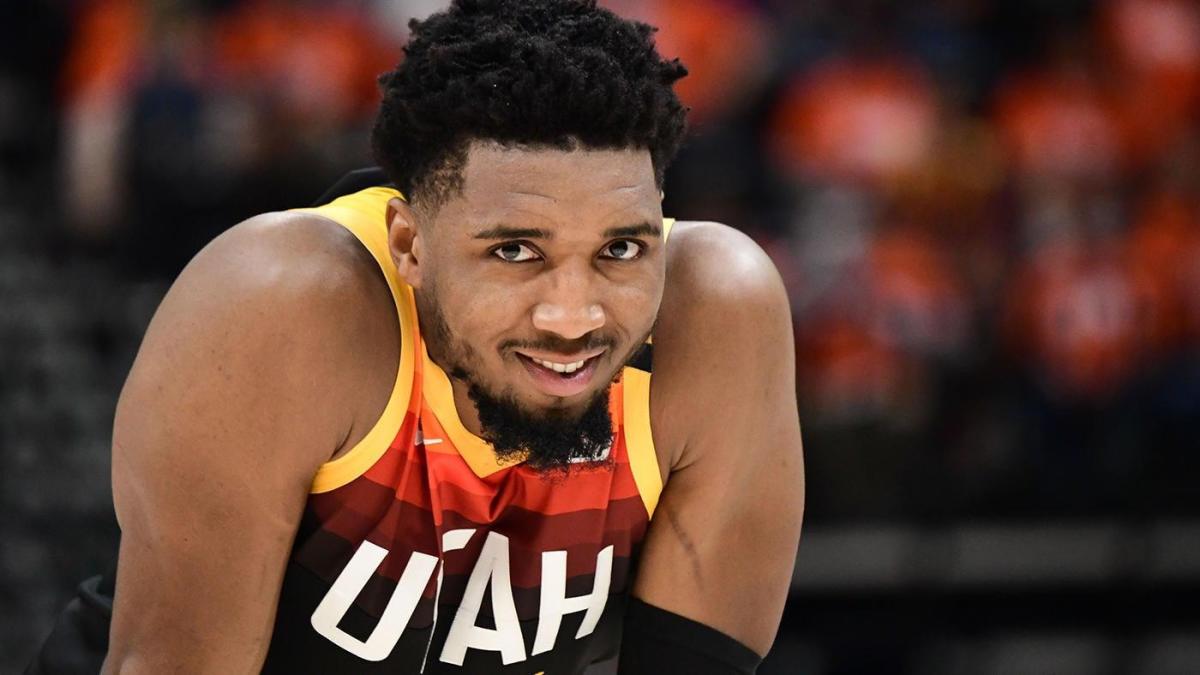 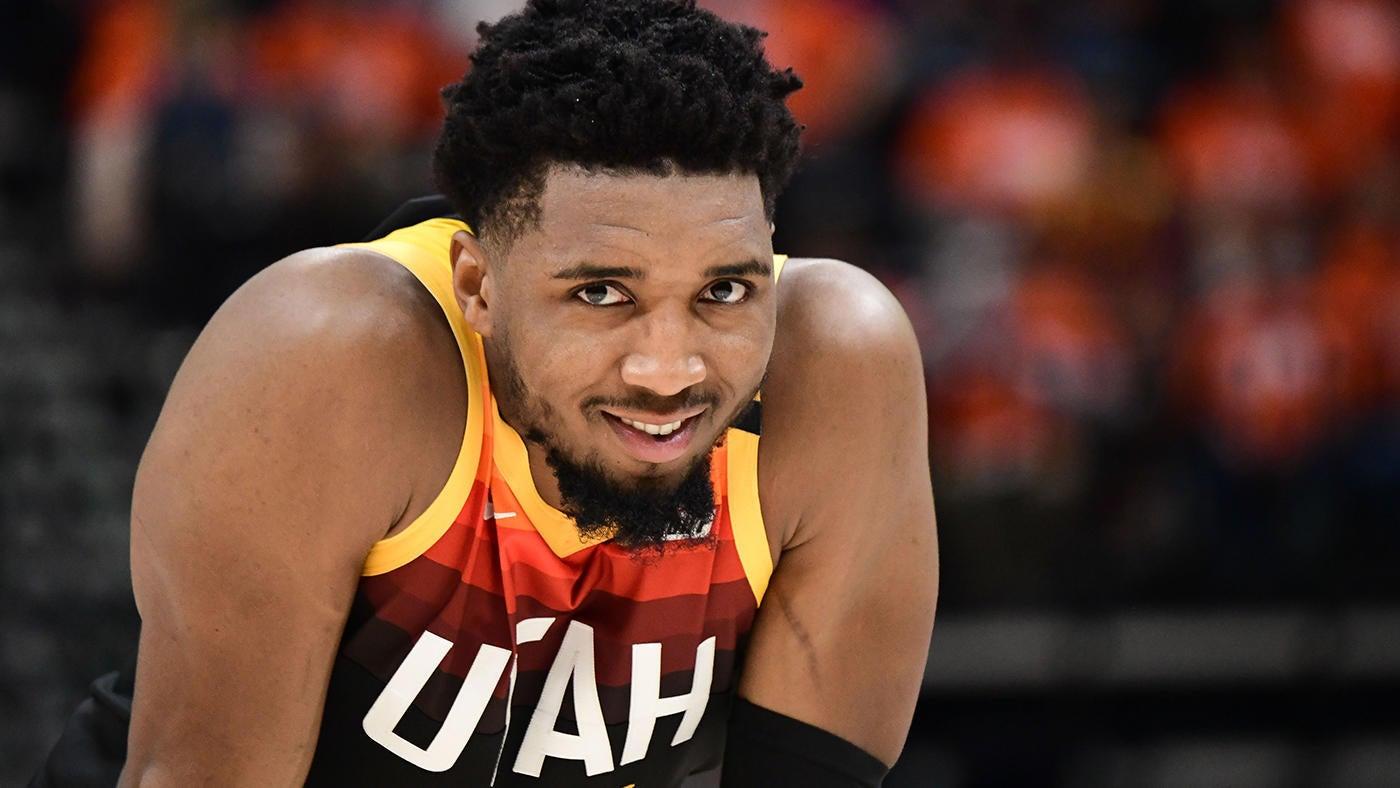 Kevin Durant rescinded his trade request. LeBron James signed an extension with the Lakers. Kyrie Irving appears to be staying in Brooklyn. The NBA offseason had reached an anticlimactic placidity over the past couple of weeks, but we know better than to think that would last.

Sure enough, the Cleveland Cavaliers came through with a Macho Man Randy Savage elbow off the top rope on Thursday, acquiring Donovan Mitchell from the Utah Jazz in exchange for young players and picks. Mitchell was expected to be traded, but most reports suggested the New York Knicks had the inside track to landing the 25-year-old three-time All-Star. When talks between New York and Utah hit an impasse (reportedly because the Knicks refused to include Quentin Grimes in the deal), the Cavs pounced on the opportunity and positioned themselves as one of the most promising young teams in the NBA.

Here’s a summary of the reported trade, followed by grades for each team.

Let’s start with what the Cavaliers got: A three-time All-Star who’s put up 26 points per game over the past two seasons on 44/37/85 shooting splits and has averaged 28 points in 39 playoff games, including multiple postseason games of 50-plus points. Mitchell was in better than the 80th percentile in both pick-and-roll and isolation scoring last season, according to Synergy Sports. In short — the dude is a walking bucket who can score from all three levels.

Darius Garland desperately needed help as the team’s lone reliable initiator, evidenced by the Cavs’ 20th-ranked offense last season, and Mitchell will immediately fill that gap. Mitchell isn’t the most natural passer and facilitator, so he’ll be perfectly complemented by Garland, who was sixth in the league with 8.6 assists per game last season and was in the 82nd percentile in possessions plus assists, according to Synergy.

Each standing at 6-foot-1, Garland and Mitchell compose one of the smallest backcourts in the NBA, which will likely lead to some issues for a Cavs defense that was fifth in the league last season. They’re supported, however, by two of the NBA’s best defensive big men in the game in Jarrett Allen and Evan Mobley. The two young 7-footers combined to block three shots per game, and Mobley could eventually develop into a transcendent, switchable perennial Defensive Player of the Year candidate.

Basically, Mitchell’s two biggest weaknesses — passing and defense — are, at least on paper, covered up by his new teammates.

Now, on to what the Cavs gave up. There’s no sugar coating it, this is a big haul. Giving up three unprotected firsts basically takes an atom bomb to their draft capital and necessitates a reliance on their new core four, for better or for worse. Sexton averaged more than 24 points in his last healthy season, Markkanen is a rare, mobile 7-footer who can extend to 3-point range, and Agbaji was the 14th pick in June’s draft.

But from the Cavs’ perspective, you can see why these assets may not be as valuable as they are to the Jazz. Assuming health and growth for Cleveland’s young stars, those unprotected first-round picks will likely be in the late teens or 20s — not exactly the range where you’re going to find an impact player for a team with deep playoff aspirations. Barring unforeseen disasters, the swaps in 2026 and 2028 won’t even come into play because their picks should be worse than the rebuilding Jazz.

Sexton clearly had trouble coexisting with Garland in the 11 games he played last season and the Cavs had no interest in giving him the contract that Utah did, so he was essentially excised from the franchise’s future plans. The experiment with Markkanen playing alongside Allen and Mobley was interesting (plus-7.9 net rating in 621 minutes), but probably not sustainable, making Markkanen expendable. And while Agbaji is a promising prospect, he’s an older rookie at 22 and is completely unproven at the NBA level.

So the Cavs gave up a lot, but it’s easy to look at it from their perspective and see why the haul was absolutely worth it for the opportunity to add Mitchell to the core of Garland, Mobley and Allen. In one fell swoop, the Cavs set themselves up for both present and future success with three All-Stars (and one future All-Star) all under the age of 26.

As Jazz lead executive Danny Ainge made clear with the Rudy Gobert trade, Utah wants all the picks. If that was the goal, the Mitchell deal makes perfect sense. Even assuming the swaps don’t come through, three unprotected first-round picks (and a lottery pick in Agbaji) seem to be about market value for a star of Mitchell’s caliber — particularly when everyone knew he was going to be traded. On top of that, Utah added solid young players on friendly contracts in Sexton and Markkanen, who can either become part of the franchise’s future or eventually be flipped for — you guessed it — more picks.

So really when we evaluate this trade for the Jazz, it’s a question of what other options were on the table. We’re not entirely sure what the offers were for other teams, but there has been fruitful reporting about what the Knicks were prepared to surrender. Their most recent offer was reportedly RJ Barrett, Immanuel Quickley, two unprotected first-round picks and another top-five protected first-round pick. The Jazz reportedly wanted New York to swap Grimes for Quickley and/or remove the protections on the third future pick, so the deal collapsed and they moved on to Cleveland.

Another report from ESPN said that in early July the Knicks offered Barrett, Obi Toppin, Mitchell Robinson and three unprotected first-round picks, which the Jazz rejected.

Given the Cavs’ roster after the trade, it’s hard to imagine that those picks are going to be anywhere near the top-10, even into 2029. Would you rather have Barrett, a 22-year-old potential All-Star who averaged 20 points per game last season plus the Knicks’ future picks instead of Cleveland’s? Perhaps, but only time will tell.

What we do know is that first-rounders are gold in the NBA. They can be packaged for stars, used as sweeteners in trades, or combined to move up in the draft for a prospect you crave. In the end, even if Cleveland’s picks aren’t the cream of the crop, they’re still first-rounders that can be used in any number of ways.

Combined with the Gobert and Royce O’Neale deals, the Mitchell haul means that in this summer alone, Utah has now acquired seven unprotected first-round picks, one top-five protected first-rounder and two picks swaps. Not to mention they have several players on the current roster like Mike Conley, Bojan Bogdanovic and Jordan Clarkson, who could net first-rounders themselves.

Not a bad start to the rebuild in Utah, and the wheeling and dealing is far from over.