Donovan Mitchell trade: How the Cavaliers managed to take a nearly risk-free swing on a 25-year-old All-Star 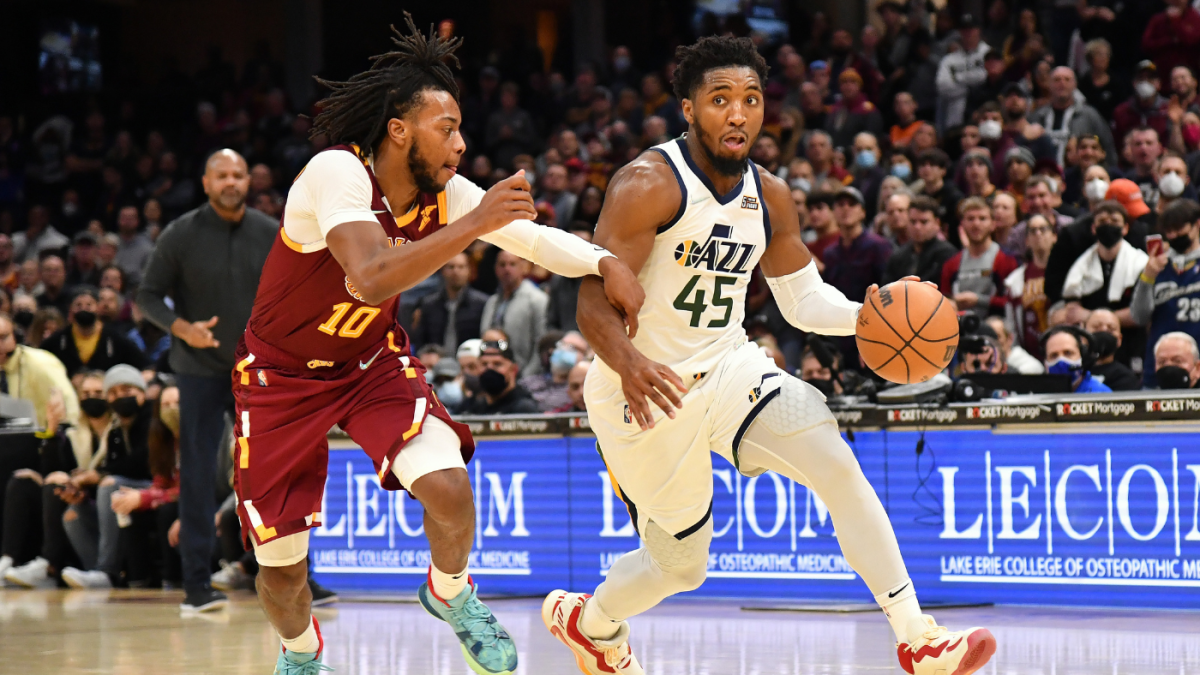 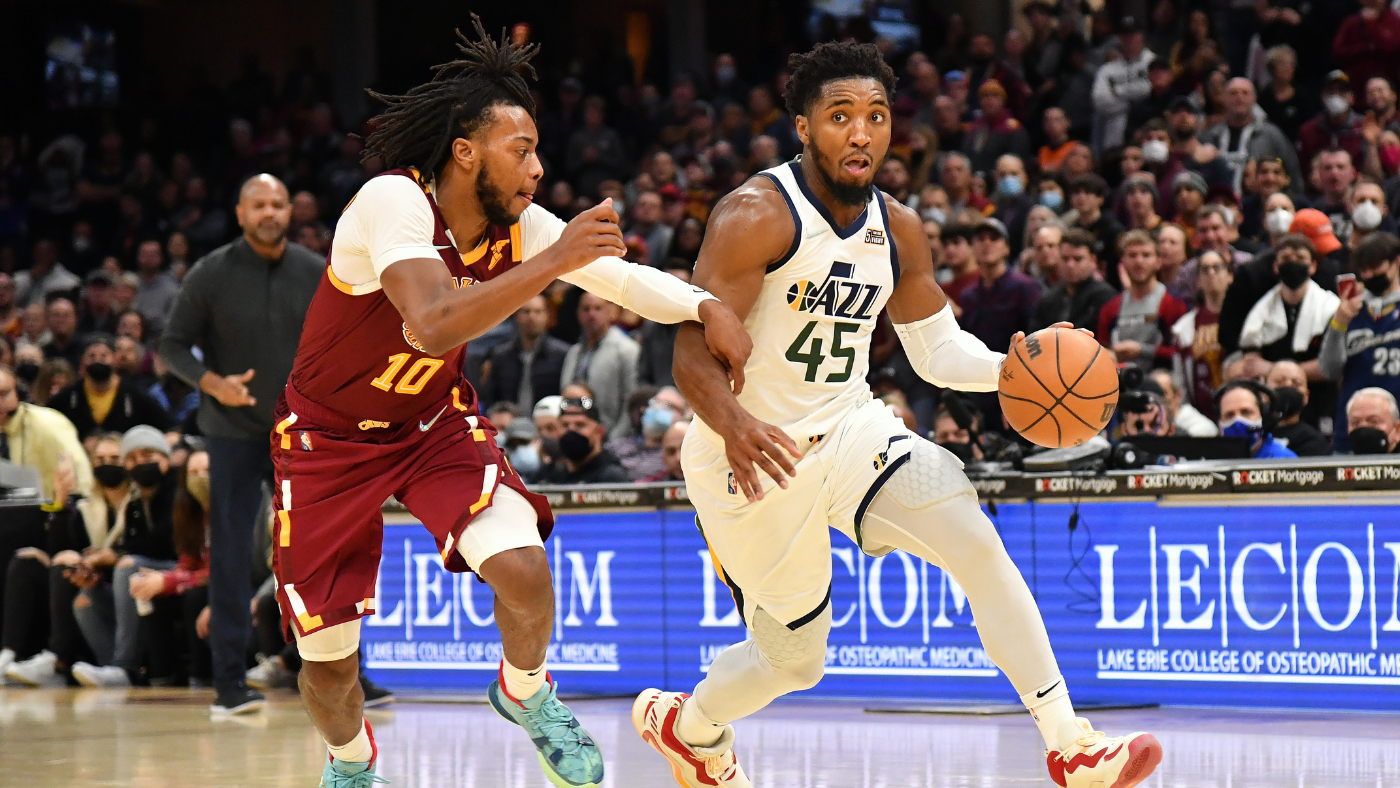 NBA rebuilds have grown increasingly homogenous in recent years. While there are slight variations in the process, they mostly tend to follow some version of this cycle:

We saw two textbook examples earlier in the offseason. Minnesota, fresh off of its first playoff berth since 2018, traded four first-round picks, one swap and several players to Utah for Rudy Gobert. Atlanta, after two consecutive playoff trips that followed three years in the lottery, gave up three picks and a swap for Dejounte Murray.

It’s a sensible progression for a few reasons. From a salary perspective, it allows teams to add expensive players while their youngsters are still making below market value. It also staves off the wanderlust that the best players are experiencing at younger and younger ages. Your best player doesn’t need to fantasize about teaming up with another big name elsewhere when he can do it in his own backyard. And then there’s the obvious: adding a great player helps a good team win basketball games.

That’s why the price is so steep, and in many cases, prohibitive. The Knicks chose not to trade for Donovan Mitchell for that very reason. It’s not just the value of the lost picks, but what they represent. Unless you have an endless war chest like Oklahoma City, you can only trade all of your picks once. Get the deal wrong and you’re stuck with the wrong roster indefinitely. An unfixable roster is the easiest way to lose a star. Imagine if Brooklyn had needed to trade Kevin Durant this offseason despite Houston controlling its next five first-round picks and you’ll understand the severity of the risk such a star trade represents for most teams.

That’s what makes Cleveland’s acquisition of Mitchell such an overwhelming victory for the franchise. They managed to land a 25-year-old All-Star without taking such a risk. For a multitude of reasons, they might have just made one of the safer superstar trades in recent memory.

Mitchell’s contract is a central reason for that. With three guaranteed years left on his deal and a relatively clean bill of health, the Cavaliers can not only be relatively certain that Mitchell will play at an All-Star level for them but, if necessary, hold the appeal of an All-Star in future trade negotiations if things go south. While All-Stars on expiring contracts typically don’t fetch the same packages as those on long-term deals, they typically still manage to bring back meaningful hauls even when the acquiring team is uncertain of their future.

The Raptors got a bargain on Kawhi Leonard because of his expiring deal, but DeMar DeRozan, Jakob Poeltl and a first-round pick are hardly chump change. Paul George netted Victor Oladipo and Domantas Sabonis from a Thunder team willing to roll the dice on George before free agency, and while neither had the cache they would one day earn, Sabonis was a year removed from being picked No. 11 overall and Oladipo had just signed an $80 million contract. Both had value.

So imagine a worst-case scenario where this does go south for Cleveland and the New York native winds up wanting to return home in 2024. The Cavaliers probably couldn’t recoup the picks it invested in Mitchell, but it could demand an older RJ Barrett back in a deal with the Knicks, or if he’s developed beyond inclusion in such talks, try to get the sort of rental package back that Toronto and Oklahoma City once paid for their own former stars. Barrett, a big wing that can shoot, dribble and defend, would slot perfectly into Cleveland’s current core. So would any number of other players they could likely fetch in a second Mitchell trade if one becomes necessary.

The bar would be significantly lower for Cleveland at that point than it would be for most teams trying to move a star because the Cavaliers already have three of them. They wouldn’t need a Mitchell package to kickstart a rebuild. With Darius Garland, Evan Mobley and Jarrett Allen still under team control, they’d be looking for veterans that fit alongside them. Such players are almost always available when stars are on the table. Utah took back multiple starting-caliber veterans as mere salary fillers in the Gobert deal.

Those incumbent stars also limit the upside of the picks Cleveland is giving away. The last pick in the deal will convey in 2029, which would follow Mobley’s eighth NBA season. Even if he is forced to sign a four-year rookie extension due to Mitchell and Garland occupying the team’s two designated rookie salary slots, he would still be under contract through the 2028-29 season. Garland is signed through the 2027-28 campaign. Allen is under contract through 2026. All three are 24 or younger. Barring injuries, that trio should be quite good for Cleveland for the foreseeable future.

That doesn’t make this a bad trade for Utah. The Jazz have accumulated so much draft capital that at this point, mere diversification matters. Getting unprotected picks from another team increases the odds that things will go haywire for at least one of them down the line. But the Cavs shouldn’t be all that worried about sending Danny Ainge the kind of picks Brooklyn once did. Even if Mitchell decides not to stay in Cleveland, their future was already bright enough to avoid such a disaster.

That’s security Atlanta and Minnesota didn’t quite have. The Hawks only have two years with Murray, and because of the CBA’s limiting extension rules, they’re in serious jeopardy of losing him as an unrestricted free agent if things go poorly. Minnesota’s risk lies in Gobert’s age. He’s very valuable today. He’s also 30 and relies heavily on athleticism that could fade fairly quickly. Neither team can as easily pivot out of their current roster if necessary as Cleveland can. Most teams that make the sort of all-in move we typically see for superstars only get to make that move once. That might not be true for Cleveland. They’re not even locked into their current supporting cast.

Mobley is still on a rookie contract. Allen signed a $100 million deal last offseason that looked bigger at the time than it turned out to be. That deal does not include annual raises, so he will make a flat $20 million for the next four seasons despite the annual jumps in the cap. Even with Mitchell and Garland factored in at the max and Okoro and Ricky Rubio still on the books, they have less than $110 million in salary committed for the 2023-24 season. That season’s cap is currently projected at $133 million.

If they need to reshape the non-star portion of their roster through free agency a year from now, they’ll be able to do so. If they want to chase a fifth major piece, dumping Okoro and Rubio while declining their team option on Cedi Osman could get them to roughly $30 million in space. How does Jerami Grant sound as the wing defender this team is missing? Harrison Barnes and Kyle Kuzma make sense as well.

They might even have a chance at a greater prize a year after that. Just when you thought the LeBron James rumors could be put to bed once and for all, it must be noted that for all of the picks Cleveland just gave up, their last unencumbered first-round selection will come in 2024… when Bronny James becomes draft eligible and the elder LeBron can become a free agent once again. Make of that whatever you’d like.

While the Cavaliers surely aren’t fixated on another James reunion, all of this likely combined to motivate their decision to sacrifice virtually all of its remaining draft capital. Even without more picks to trade, the Cavs have retained significant optionality moving forward. If they need to use free agency next offseason, they can. If they need to make another big trade two summers from now, they can do that too. They can do all of this knowing that Garland and Mobley give them an extremely high floor for most of the rest of the decade. With that floor safely installed, they took a home run swing on Mitchell to try to raise their ceiling, and in the process, managed to make the sort of low-risk, high-reward trade that most front offices can only dream of.