Eagles, Seahawks having cake and eating it too: Both teams sit in first while owning a 2023 top-10 draft pick 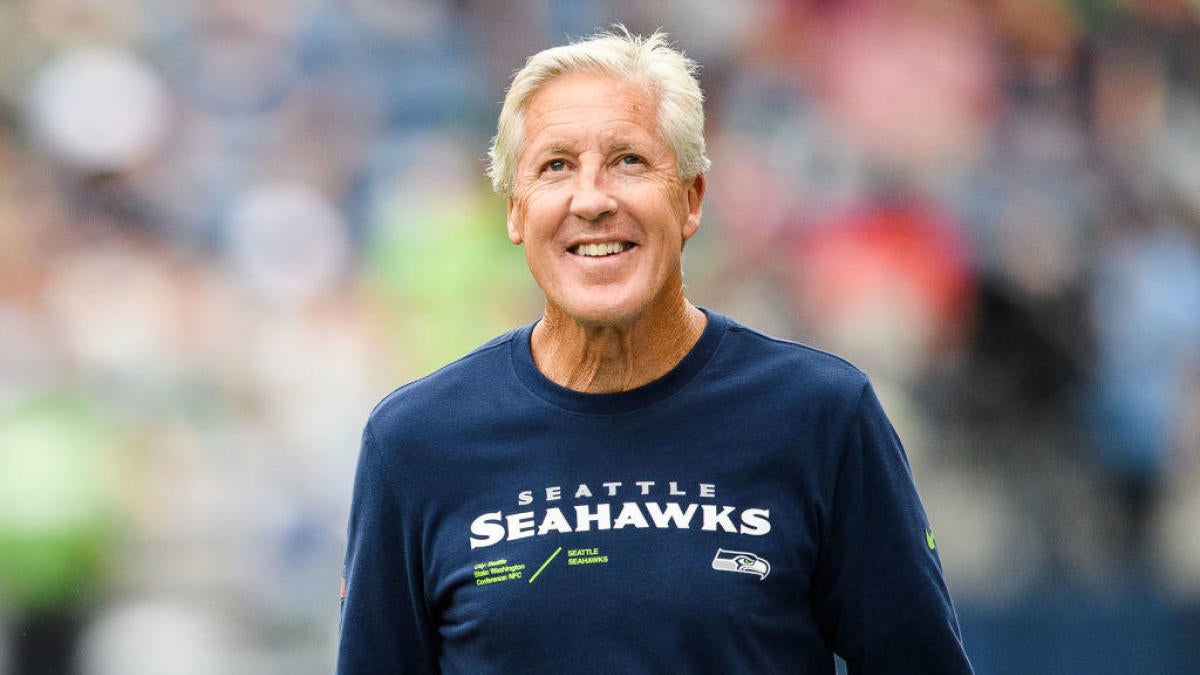 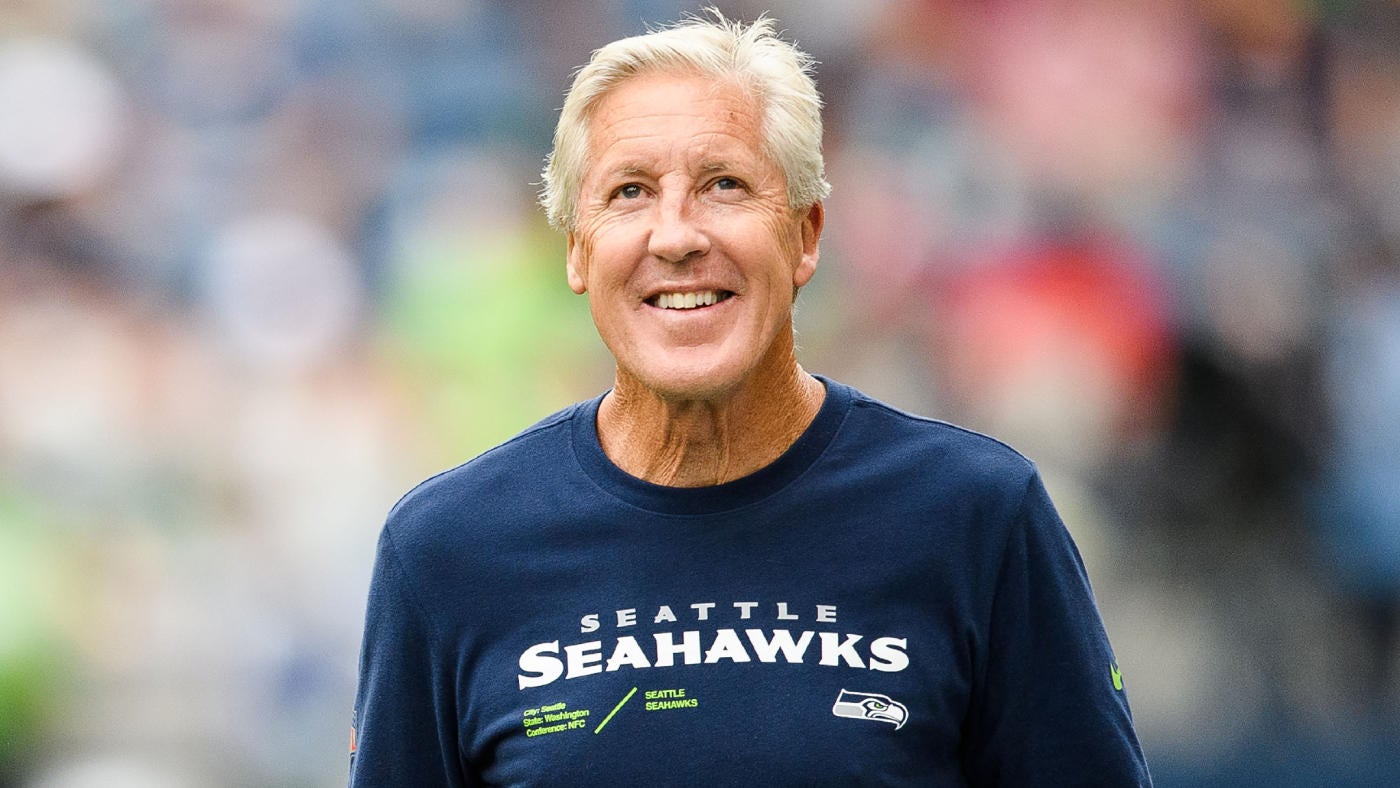 The offseason is a wondrous time in all professional sports, where optimism springs eternal and each team can paint a mental picture to project that if certain things go right, it could make a run into the playoffs. That may ring more true for the NFL than any other North American professional sports league. Since 1990 (32 straight seasons), at least four teams have qualified for the playoffs in every season that were not in the postseason the year before.

The New Orleans Saints, 9-8 in 2021 despite using four different starting quarterbacks thanks to injury issues, were one of those hopeful teams as they traded their 2022 and 2023 first round draft picks to the Philadelphia Eagles for two 2022 first round draft picks. They ended up selecting highly-touted wide receiver Chris Olave (11th overall after another trade with Washington) and offensive tackle Trevor Penning (19th overall).

The Denver Broncos, 7-10 in 2021, missed the playoffs for the sixth consecutive season following their Super Bowl 50 triumph. When they took a look at the 11 players to start at quarterback (tied for the most in the NFL since 2016 with Washington) for their proud franchise since Hall of Famer Peyton Manning retired, they felt they needed to take a big swing to fix the issue.

Enter Russell Wilson. The disgruntled nine-time Pro Bowl quarterback’s relationship with Seattle Seahawks head coach Pete Carroll had reportedly soured, so the Broncos sent three players (QB Drew Lock, TE Noah Fant, and DL Shelby Harris) along with five draft picks (2022 first round (No. 9), 2022 second round (No. 40), 2022 fifth round (No. 145), 2023 first round and 2023 second round) to the Seahawks for a new face of the franchise. The reality is Wilson has played career-worst football and looked like one of the worst quarterbacks in the NFL, while his former backup Geno Smith has played like a top 10 quarterback through the first six weeks. That’s a scenario not even the most glass-half-full Seahawks fan could have imagined when the team traded away the only Super Bowl-winning quarterback in franchise history. The Seahawks currently have the seventh overall pick (via the Broncos) and the 14th overall pick in the 2023 NFL Draft according to Tankathon.

Those transactions have given the Eagles and Seahawks the ability to push hard to contend this season with the comfort of knowing they can still upgrade their roster with blue-chip talent next spring, provided the Saints’ and Broncos’ situations continue down the wayward paths they have started down.

Here’s a look at how the Eagles and Seahawks have gotten off to hot starts and made the most of some of their offseason moves so far through six weeks.

Arguably the biggest reason why the Philadelphia Eagles sit atop the NFL as its only undefeated team through six games is their unparalleled ability to play complimentary football. They lead the NFL in turnover margin at +12, and the next closest teams are the Minnesota Vikings (5-1, first in NFC North) and Baltimore Ravens (3-3, tied for first in AFC North), both at +4.

Philadelphia has created that differential with equal dominance on both sides of the ball when it comes to playing a clean game offensively and turning over their opponents defensively. Their 14 takeaways are the most in the NFL and they have only two turnovers on offense, the fewest giveaways in the NFL.

The Saints can also be partially credited to thank for the Eagles’ defense rise, specifically Philadelphia’s 66.0 passer rating allowed, the lowest in the NFL. Eagles general manager Howie Roseman made some shrewd moves like selecting All-American defensive tackle Jordan Davis out of the University of Georgia with the 13th overall pick in the 2022 draft and signing Pro Bowl cornerback James Bradberry to a one-year deal after he was released as a cap casualty of the New York Giants. However, his second trade with the Saints may have been his best to bolster his Eagles defense.

Roseman sent New Orleans a 2023 fifth round pick and 2024 sixth round pick to acquire defensive back C.J. Gardner-Johnson and a 2025 seventh round pick. Gardner-Johnson had been on the NFL’s top slot cornerbacks, but entering the final year of his rookie deal, he wanted to be a safety to have the ability to sign a larger second contract. The Saints, currently projected to be an NFL-worst $54.9 million over the salary cap in 2023 according to OverTheCap, made the move knowing they weren’t going to be able to pay him what he wanted a year from now.

Even though he arrived under two weeks before the start of the season, the move has been relatively seamless. Gardner-Johnson’s three interceptions are tied for the third-most in the NFL, and he became the first Eagles safety with two interceptions in a game since another former New Orleans Saint, Malcolm Jenkins (2016), in Philadelphia’s win over the Dallas Cowboys on “Sunday Night Football” in Week 6.

“I am blessed to be (here),” Gardner-Johnson said, via NBC Sports Philadelphia. “I cannot say [I’m] too comfortable, because once you get comfortable, you don’t get better. I think every day is a learning process for me. I still left some plays on the field. There is still a lot of stuff out there that I can fix and clean up. Being out there and adjusting to a new position is amazing to go out there and compete with 10 other guys and 52 other guys who love to win. It is amazing to me right now.”

Offensively, the Eagles have the second-fewest interceptions in the NFL (two), and they are the only team in the league that hasn’t lost a fumble even though they have an NFL-high 225 rushing attempts. Running back Miles Sanders’ 485 rushing yards are the fourth-most in the NFL, and he has yet to put the ball on the ground once this season. He’s only fumbled once on his 242 carries since the start of last season.

“We’ve added a couple new drills to our repertoire and things like that, but Miles [Sanders] went out there – I’d look at Miles first and foremost, him and Jalen [Hurts] touch the ball the most, carry the ball the most, and Miles has just done an outstanding job,” Sirianni said. “When your guys that are touching the ball the most are most fundamentally sound and taking care of it the best, then everybody else is going to fall into line.”

Geno Smith out-playing Russell Wilson by a wide margin through the first six weeks of the season is jaw-dropping and one of the biggest reasons why the Seahawks are hanging atop the NFC West with the two NFC Conference Championship Game participants from last season, the San Francisco 49ers and Los Angeles Rams, through the first six weeks of the season. Smith leads the NFL in completion percentage (73.4%), ranks fifth in yards per pass attempt (7.99), second behind only Tom Brady in touchdown to interception ratio (9-2), and third in passer rating (108.1).

Geno Smith vs. Russell Wilson in 2022

“He literally does everything that Russ [Russell Wilson] does,” Seahawks running back Rashaad Penny said, via the Seattle Times, comparing Smith to the player he backed up for three seasons after Seattle’s 48-45 Week 4 win at the Detroit Lions. “He’s hot right now, one of the hottest in the league. … I’m blessed to be a part of it.”

Beyond Smith’s improbable breakout season at 32 years old, the Seahawks are also powered by one of the best rookie classes in the NFL.

Woolen was recognized in Week 6 as not just one of the league’s best rookies, but as one of the league’s best defensive players. He earned NFC Defensive Player of the Week honors for his five tackles, one interception, and one fumble recovery in Seattle’s 19-9 victory against the Arizona Cardinals. He is the first rookie since the 1970 AFL/NFL merger to record both an interception and a fumble recovery in consecutive games.

Woolen, the 153rd overall pick (5th round) in the 2022 NFL Draft out of UT-San Antonio, stands at 6-4 (the tallest cornerback in the NFL) and is allowing the lowest passer rating (15.3) as the primary defender in the NFL this season among players with at least 25 passes thrown in their direction. Seahawks head coach Pete Carroll may have his new Richard Sherman, a 6-3 fifth round pick that ended up as a three-time First-Team All-Pro and core member of the best defense of the 2010’s, the Legion of Boom .

“I don’t remember feeling like this about a young corner out there that goes week after week after week, coming from where he came from and all that, and to be this far along and having this much fun and success and all that,” Carroll said. “It’s really fun to watch.”

Thanks to both the Eagles’ and Seahawks’ shrewd offseason moves, both franchises are set to enjoy the present that is the 2022 season while knowing they have a favorable future in the 2023 draft.