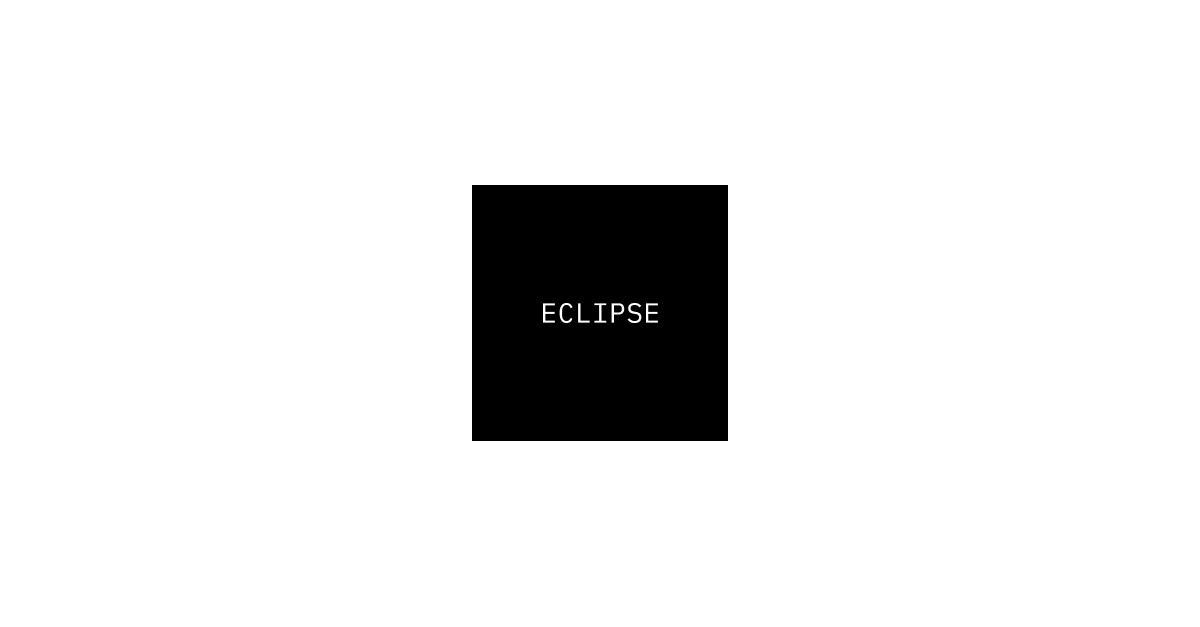 SAN FRANCISCO–(BUSINESS WIRE)–Eclipse, a customizable modular rollup provider, announced today that it has raised $15 million in pre-seed and seed funding. Eclipse maximizes throughput, while also providing developers with the flexibility to customize their own balance of speed, decentralization, and cost. With Eclipse, applications can build their own trust-minimized app chains, powered by the Solana virtual machine.

Eclipse’s $9 million seed round was co-led by Tribe Capital and Tabiya, which were joined by Infinity Ventures Crypto, Soma Capital, Struck Crypto, and CoinList among others. A $6 million pre-seed round was led by Polychain and joined by Tribe Capital, Tabiya, Galileo, Polygon Ventures, and Accel, as well as notable angel investors including Dawn Song of Oasis Labs, Sreeram Kannan of EigenLayer, and Ryan Fang of Ankr.

Eclipse solves a major pain point in the Web3 development ecosystem. With recent enterprise interest in Web3 use cases, applications are still forced to share the same throughput as other applications building on the same blockchain, with no option to leave if the application faces downtime or high transaction costs. Going beyond traditional alternatives such as Aptos and Starkware, Eclipse enables developers to deploy their own rollup powered by the Solana virtual machine, using any chain for security or data storage. Down the line, Eclipse will support the Move language, too.

Eclipse has already partnered with a series of major ecosystems including Celestia, EigenLayer, Oasis Labs, Polygon, Cosmos, and NEAR. It has also received a development grant from the Solana Foundation to support the development of rollups powered by the Solana virtual machine.

“Eclipse has the potential to bring more people to the Sealevel VM,” says Anatoly Yakovenko, Solana co-founder and angel investor in Eclipse. “Eclipse paves the path for Solana’s runtime to communicate with Cosmos chains through IBC.”

Eclipse was launched as a portfolio company of Anagram, a venture capital fund founded by Lily Liu. The team consists of Neel Somani, ex-Citadel quantitative researcher, ex-Airbnb software engineer and Sam Thapaliya, founder of Zebec protocol, one of the most widely adopted applications on Solana. Zebec will create its own rollup chain using Eclipse’s technology, which will serve as a lighthouse use case for the Eclipse architecture.

“As major corporations and governments begin entering the blockchain space, Eclipse is essential infrastructure to facilitate their use cases, such as Web2-scale consumer and financial applications,” said Niraj Pant, General Partner of Polychain Capital.

The Eclipse technology will set the stage for a new type of rollup that may render many other rollups antiquated. The value proposition of the new rollup technology has already captured the interest of more than 50 protocols, including Zebec, Notifi, and Friktion.

The tooling that Eclipse will provide to developers will easily enable customizable blockchains where each developer team will not have to become their own protocol designer.

The funds Eclipse has raised will be used to grow the Eclipse ecosystem and to further promote technical development, especially by attracting Rust engineers and expanding the business development team.

The team anticipates a public testnet to go live in early 2023. The network will be launched with support from the Celestia ecosystem; the team has already joined Celestia’s Modular Fellows program and entered a token swap with Celestia’s foundation.

“Eclipse is building the next generation of infrastructure for the upcoming wave of decentralized applications. As a protocol, if you want throughput at scale, you should consider using Eclipse. This is exactly the type of opportunity set, growth trajectory, and network effect we look for in Tribe Capital’s crypto incubator program,” says Boris Resvin, Managing Partner of Tribe Capital.

“While web services were originally monolithic, they eventually de-coupled into microservices where you could swap out each of the pieces,” elaborated Neel Somani, co-founder of Eclipse. “A blockchain architecture like Eclipse is a natural progression in the history of technology.”

Eclipse is a San Francisco-based technology company founded in 2022 by Neel Somani and Sam Thapaliya. Eclipse enables developers to deploy their own customizable rollups using the Solana virtual machine, using any chain for security or data storage. Their public testnet will go live in 2023 in the Celestia ecosystem, and will be rolled out across blockchain ecosystems thereafter. Developers who are interested in Eclipse’s technology can sign up for the mailing list on Eclipse’s website and follow Eclipse’s Twitter.