Eight NFL players who will shift the balance of power in 2022: One from each division set to make major impact 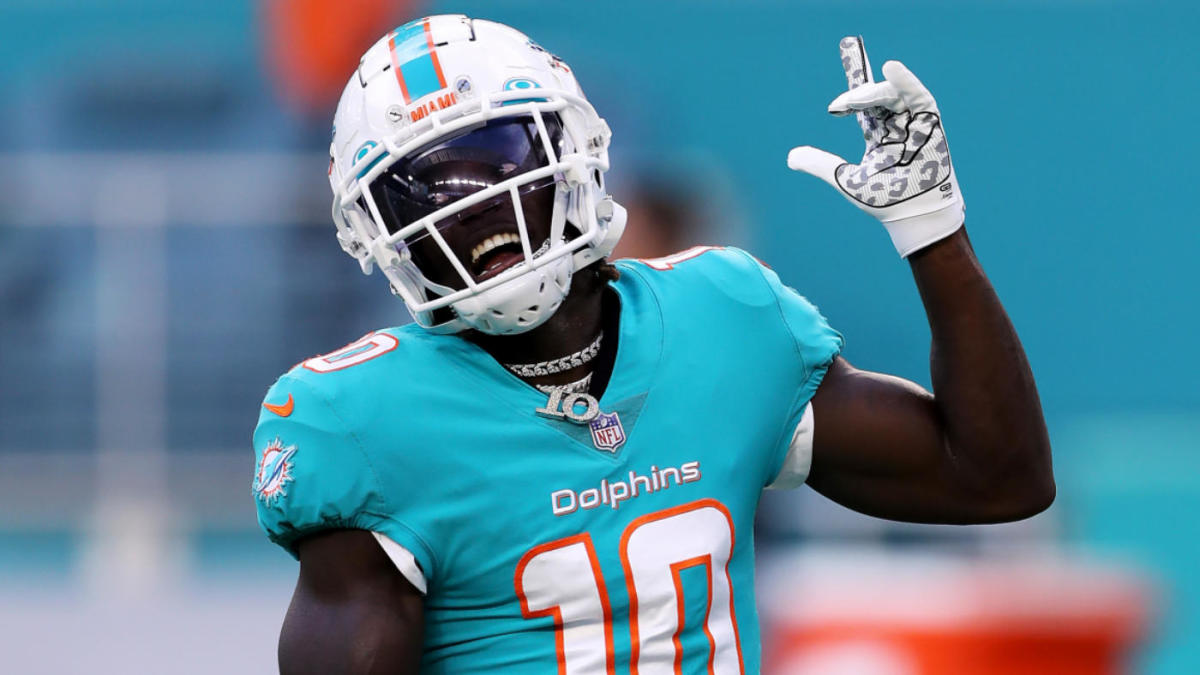 The 2022 NFL season was full of surprises, as new players on new teams completely shifted the balance of power not only in their respective divisions, but in the NFL at large. Quarterback Matthew Stafford took the Los Angeles Rams to the Super Bowl, wide receiver Ja’Marr Chase was a huge factor in the Cincinnati Bengals’ postseason run and rookie quarterback Mac Jones got Bill Belichick and the New England Patriots back to the playoffs.

It wasn’t all about newcomers, however, as we saw some young players take important steps in their development that helped their teams in a big way, such as Las Vegas Raiders wideout Hunter Renfrow and Tennessee Titans defensive tackle Jeffery Simmons. Who are going to be the players who shift the balance of power in the NFL this upcoming season?

Below, we will identify one player in each division who could help their teams take over the division crown in 2022. Players from teams that won their divisions in 2021 are not eligible for this list. With that being said, let’s jump in.

Out of all the wild wide receiver drama we saw this offseason, Tyreek Hill being traded may have been the most surprising move. The perennial All-Pro has taken his talents to South Beach and will add a unique element to Mike McDaniel’s offense. Everyone can agree that Patrick Mahomes is a better quarterback than Tua Tagovailoa, but that doesn’t mean there will be lowlight reels created this year of Hill being under-thrown or publicly lamenting the play of his new signal-caller. Whether it’s burning the free safety or beating defenders to the inside on a quick slant, Hill can do plenty on offense. In fact, his first request following the trade was to return punts! He’s one of several pieces the Dolphins added this offseason who I believe can help Miami at least challenge Buffalo in the AFC East.

Oweh made the Pro Football Writers of America NFL All-Rookie Team last year after notching 33 combined tackles, five sacks and three forced fumbles. Quite a promising start to an NFL career after he registered zero sacks in his final seven games at Penn State.

Many are predicting Ravens wide receiver Rashod Bateman will step up in 2022 — which would be great — but can you imagine what it would do for this team if the Ravens had a new monster crushing around the edge? That secondary with Marcus Peters, Marcus Williams, Kyle Hamilton and Marlon Humphrey would absolutely thrive. What stands out about Oweh is how quick he is around the edge, and it feels like he’s poised for a huge campaign. Pass-rusher is a premier position, and the Ravens having a star there will help in their pursuit to go from worst-to-first in the division.

Vegas is again high on the Colts to win the AFC South, although they haven’t done so since 2014. Matt Ryan is the newcomer who has fans excited in Indy, but it may be his No. 1 wideout who’s most excited for a new quarterback. Pittman had a rather impressive second NFL season, catching 88 passes for 1,082 yards and six touchdowns. With his talent and what is perceived to be an upgrade at quarterback, we could see better numbers from Pittman in 2022.

Jonathan Taylor may be the MVP of this offense, but Pittman being a legitimate No. 1 wideout could mean the Colts win the division. In addition to having a new quarterback, Pittman also has more talent around him. Rookie Alec Pierce has made some headlines in camp, and maybe this is the year Parris Campbell can stay healthy.

The Kansas City Chiefs are still seen as the favorites in the AFC West, even though the rest of the division received a facelift this offseason. The Denver Broncos are certainly an intriguing team with the addition of Russell Wilson, but the Chargers are my pick to win the division in 2022. If I’m correct, it will be in large part due to star quarterback Justin Herbert.

The former NFL Offensive Rookie of the Year upped his game this past season, as he finished second in passing yards with 5,014 and third in passing touchdowns with 38. He feels like someone who is going to be in the MVP conversation all year, and I also think he’s a player who is just gaining confidence. What he’s shown through two seasons is impressive. Shoutout to the football gods for creating this Mahomes vs. Herbert rivalry that we will be able to enjoy for years to come.

The Eagles have been the bettors’ darling this offseason. In fact, at 25-1 over at Caesars Sportsbook, the Eagles have received more money to finish with the NFL’s best record in 2022 than every other NFC team combined. Some see Jalen Hurts taking a big step forward this upcoming season or A.J. Brown sparking the offense, but I’m more excited about the defense.

Philly could have one of the best defenses in the league, as the front office added pass-rusher Haason Reddick, versatile defensive back Chauncey Gardner-Johnson, linebacker Kyzir White and drafted two players from what may be the most dominant defense in college football history. Another starter the Eagles added is cornerback James Bradberry — who most recently played for the rival New York Giants.

The former Carolina Panther earned Pro Bowl honors in his first season with the Giants back in 2020, then recorded 47 combined tackles, 17 passes defensed and a career-high four interceptions in 2021. As cornerback No. 2 opposite of Darius Slay, Bradberry provides the Eagles with experience and needed talent in the secondary. He may be the underrated player who solidifies this unit, which could help the Eagles overtake the Dallas Cowboys in the NFC East.

We all know by this point that Justin Jefferson is one of the best players at his position, but there’s reason to believe this upcoming season could be his best yet. New Vikings head coach Kevin O’Connell has been a coaching prospect people have had eyes on for years now. Not only has he worked with Sean McVay, but he’s also next in line to keep alive the former-Washington-assistant-who-was-passed-over-but-then-turned-into-a-star-head-coach stereotype. Jefferson told me this offseason that under O’Connell, everyone is having fun and connecting as a team.

The former No. 22 overall pick in the 2020 NFL Draft finished his rookie campaign with 1,400 yards and seven touchdowns on 88 catches, breaking the record for most receiving yards recorded by a rookie. Jefferson then improved in 2021 with 1,616 yards and 10 touchdowns on 108 catches. That’s two NFL seasons, two All-Pro selections and two Pro Bowl appearances.

With O’Connell improving the offense and already knowing quarterback Kirk Cousins fairly well, it just feels like we have a recipe for another monster campaign from Jefferson. He told me in June that he’s out to prove he’s the best wide receiver in the NFL, and he may do just that in 2022.

The Saints made a great pick in wide receiver Chris Olave, and this wide receiving corps is 100x better than last year with the return of Michael Thomas and the addition of Jarvis Landry.

With Thomas’ injury concerns and Landry coming off of his worst NFL season, I feel as though Olave is going to play a pretty important role in this offense in 2022. He left Ohio State as the program’s all-time leader in receiving touchdowns with 35 and caught 13 touchdowns last season — which ranked first in the Big Ten. He was versatile, consistent and has all the makings of a legitimate NFL wideout. Jameis Winston had the fourth-best win percentage among Week 1 starting quarterbacks last season, going 5-2 with what was one of the lesser wide receiving corps in the NFL. I’m excited to see what he can do with weapons around him.

It’s Trey Lance time in The Bay, and this fan base is juiced. I’m sure that Lance’s first full season as starter will include both impressive highs and disappointing lows, but he may be a quarterback who hits his stride towards the later part of the regular-season slate — much like the 49ers did as a team last year.

The thought process is rather simple: If Lance can be just a bit of an upgrade over Jimmy Garoppolo, then the 49ers will once again be right in the thick of contending. I’m not going to lie, I really like the Rams to win the division at plus money. But if there’s another team that can steal the NFC West, I’ll take Lance and the 49ers.