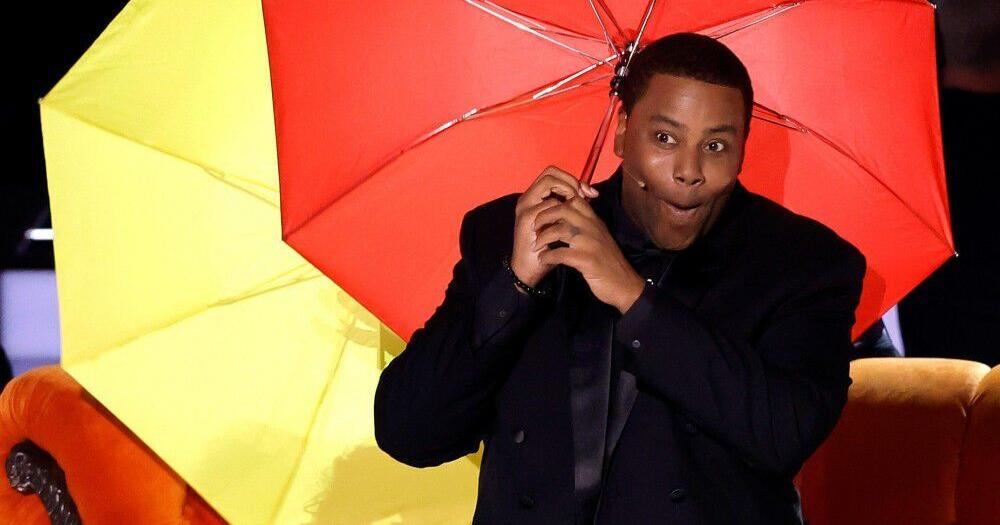 Kenan Thompson kicked off the Primetime Emmy Awards on Monday (12.09.22) with a dance medley set to popular TV themes.

The ‘Saturday Night Live’ star treated viewers at home and the audience inside Los Angeles’ Microsoft Theater to parodies of various programmes in the segment, which began with him dancing on a red couch to the ‘Friends’ theme.

Referring to the lack of diversity on the sitcom, he quipped: “Y’all ever seen ‘Living Single’? I really think you’d like it.”

As well as the themes from ‘Stranger Things’ and ‘The Brady Bunch’, Kenan urged people to “Put a little Ice-T in your lemonade” as he danced to an EDM remix of the ‘Law and Order’ theme before donning a blonde wig to become “Kenan of House Targaryen” during a ‘House of the Dragon’ parody.

During his opening monologue, the 44-year-old star wasn’t afraid to poke fun at himself, explaining that while he was best known for ‘SNL’, some viewers may know him from his self-titled sitcom.

He then joked: “Just not enough of you to keep us from getting canceled.”

“‘Succession’ is the only show that’s got three brothers and also no brothers.”

After Netflix has seen a decline in its stock value, Kenan also joked about their fortunes.

Saying ‘Squid Game’ was about people struggling to make money, he said: “Joining the cast of next season: Netflix.”

And praising ‘Abbott Elementary’ for donating their Emmy marketing budget to public school teachers, he added: “It’s about helping those in need — that’s why all of my salary from tonight’s show is going straight to Netflix. That’s two, Netflix! They ain’t never going to give me a comedy special, but that’s OK.”

Earlier this year, the Oscars were overshadowed by Will Smith slapping Chris Rock over a joke about his wife Jada Pinkett Smith, and the Emmys host wasn’t afraid to joke about it.

Spotting Academy Awards co-host Regina Hall in the audience, he quipped: “Surprised she’s at another award show — Girl, you brave.”

Later in the show, Bowen Yang told the crowd he was a back-up host in case anything went wrong, and when Kenan asked what could happen, his ‘SNL’ co-host quipped: “Did you see the Oscars?”