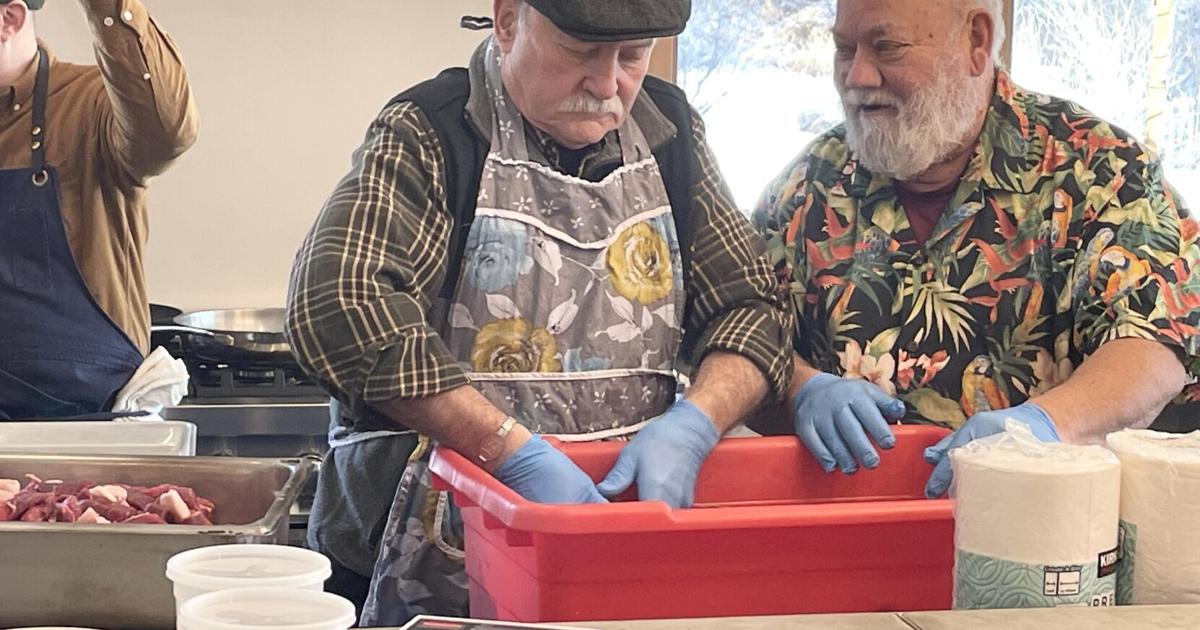 Tony Brockman didn’t miss a beat when asked what brought him to a Saturday morning get-together with some state lawmakers outside of Clancy.

“I’m here for the sausages,” the freshman Kalispell Republican joked, then quickly added he was there to begin building relationships with fellow legislators.

Brockman was among about 15 new, seasoned and former legislators who came together for a “How the Sausage is Made” party that taps into the famed quote by 19th century German chancellor Otto Von Bismarck: “Laws are like sausages. It’s best not to see them being made.”

It was held amid the 68th session of the Montana Legislature that started Monday.

Saturday’s lesson was cosponsored by the Maureen and Mike Mansfield Center, of which Bennion, who also writes a food column for Lee Newspapers, is a board member.

Tiegan Avery, Mansfield program officer for democracy programs, said they were committed to ethical leadership. She said the mission of the center is foster globally minded leaders of integrity.

“We do a lot of events like this – to talk about the challenges of leadership,” she said.

Bennion, a former chief deputy state attorney general, said all freshman legislators were invited. He said he hoped they would soon learn their vote matters as much as anyone else serving in the Legislature.

And he hoped it would help them build relationships with fellow lawmakers.

He said it was after the first sausage-politics making party in 2019 that a lawmaker told him that the event planted buds for relationships with fellow lawmakers.

Bennion explained to attendees why they were there.

“I see a vanishing ingredient in politics and that is civility,” he said in his opening remarks.

Rule No. 1 for sausage making was to start with good ingredients.

Rule No. 1 for good legislating was to start with the best information.

The lawmakers were also greeted with videos from U.S. Sens. Steve Daines and Jon Tester and Gov. Greg Gianforte.

Daines complimented the legislators for coming together to find bipartisan solutions to help Montanans and said he looked forward to seeing the work the legislators accomplished.

Tester warned of serious challenges facing state lawmakers, such as a nursing home crisis, and said “all of the solutions put up now have been inadequate.” He said “powerful people” want to privatize public education, the foundation of this country’s democracy.

He said the stakes are high.

“Good sausage is made with good ingredients, and I don’t know of any sausage that is made with just one thing,” he said, adding that as legislators from all over the state they have an opportunity to make good sausage and don’t be afraid to try new seasoning.

And Tester, who lost three fingers as a boy in an accident with a meat grinder, got a chuckle from the room when he said he doesn’t use his meat grinder much anymore, but said he was confident the lawmakers would do what is right for Montana.

Gianforte touted his own sausage-making skills and encouraged lawmakers to work with each other. He said his favorite was bockwurst.

“The keys to making a good sausage are having the right ingredients, following the recipe and finding the flavor…” and having guests to enjoy the sausage, he said.

Gianforte said he was in the majority and minority party while in Congress and said “The key to getting anything done is to build relationships with your colleagues in your caucus and across the aisle.”

He also said that lawmakers would have to decide if they wanted to be a workhorse or a showhorse. He said it is the workhorse that gets the job done.

“Ultimately though, you want to succeed for the people of your district and all Montana,” Gianforte said.

Schoberle said the beef and pork fat being used for the sausage came from Helmville and Deer Lodge, and the group was going to make breakfast sausage and Italian sausage.

The lawmakers, wearing aprons and rubber gloves, were then told to help mix the ingredients together. They put the sausage in casings and were then to take some home.

Many said they were looking forward to getting to know their colleagues better, regardless of party lines.

She hoped to meet both Republicans and Democrats on Saturday “that I may not get a chance to speak to in a more relaxed environment.”

Newly minted Rep. Sherry Essmann, R-Billings, said she came because she wanted to meet people across the aisle.

She said she was glad the press was there to show that lawmakers “can get along as human beings.”

“It’s a special thing that people would want to spend time together on a Saturday,” she said.

Freshman Rep. Laura Smith, D-Helena, said when she campaigned for office she had people from all parties tell her they were tired of the “toxicity” of politics.

She said it was important for her to talk to people of all political persuasions.

Rep. Gary Parry, R-Colstrip, joked that he came because thought it would be fun.

“Besides, I’ve got nothing better to do on a Saturday,” he said, adding he liked Bennion’s rules for politics and sausage making.

“They are good reminders,” Parry said.

But not only freshman attended, there were others like GOP Reps. Denley Loge and Julie Dooling and Democratic Reps. Shane Morigeau and Alice Buckley.

And there were some no longer in the Capitol in Helena, like Democrats Jim Keane of Butte and Zac Brown, a former representative from Bozeman, who attended. Keane had served as a senator and a representative and said he had termed out this session after having served in the Legislature since 2001.

Keane urged all lawmakers during the session to ask themselves one simple question before going to bed at night: “What have I done for Butte today?”

Freshman Rep. Jonathan Karlen, D-Missoula, said it was nice to chat with colleagues in an environment outside the Capitol.

“It would be great to continue an event like this every couple weeks,” he said.

Get local news delivered to your inbox!