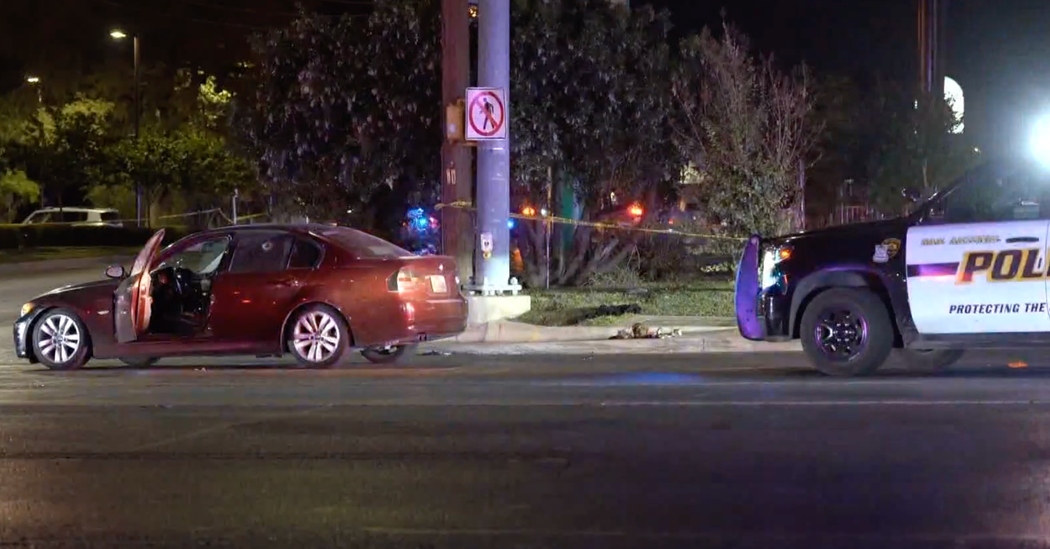 A former rookie San Antonio police officer was arrested and charged Tuesday night in the shooting of a teenager who had been eating in a McDonald’s parking lot and is now on life support.

The former officer, James Brennand, who was fired from the San Antonio Police Department on Oct. 2 because of the shooting, was charged with two felony counts of aggravated assault and could face two to 20 years in prison and up to a $10,000 fine if convicted. It was unclear whether he had a lawyer.

Body camera footage showed the former officer abruptly opening the door of a car and opening fire moments later on the teenager, Erik Cantu, after he tried to drive away.

“The last two days have been difficult, and we expect more difficulty ahead, but we remain hopeful,” Mr. Powers said.

William McManus, the San Antonio police chief, said at a news conference that Mr. Brennand turned himself in at about 6:30 p.m. after a warrant was issued. The chief said he did not anticipate additional charges against the officer unless Mr. Cantu dies.

The Bexar County district attorney’s office did not immediately respond to a request for comment.

Mr. Brennand was responding to a disturbance call at the McDonald’s in north-central San Antonio when he spotted a car that he believed was stolen.

Video released by the police shows Mr. Brennand flinging the car door open and ordering the teenager out. Mr. Cantu, who looked confused and was still holding his food and chewing, put the car in reverse with the door open and tried to leave, which is when Mr. Brennand started to fire. He continued shooting at the car as it drove away.

Mr. Cantu was initially charged with evading detention in a vehicle and assault on a police officer but the Bexar County district attorney, Joe Gonzales, later dropped the charges.

The authorities have not yet said how many shots were fired and how many times Mr. Cantu was struck. A 17-year-old female passenger was unharmed.

Chief McManus said the shooting was “unjustified both administratively and criminally” and defended the department’s training tactics, saying that “it was a failure for one particular police officer.”