Excerpt: “Somebody Feed Phil the Book” by Phil Rosenthal 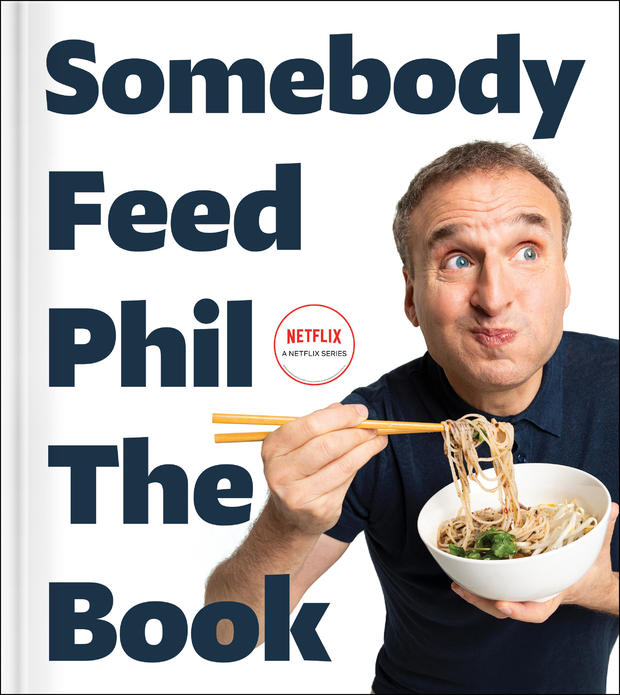 In his upcoming travel diary and cookbook, Phil Rosenthal, star of the hit Netflix series “Somebody Feed Phil,” and previously the showrunner of the long-running sitcom “Everybody Loves Ray,” writes how its star, Ray Romano, inspired his food and travel show.

Read an excerpt below, and don’t miss Dr. Jon LaPook’s interview with Phil Rosenthal and Ray Romano on “CBS Sunday Morning” May 8!

One person’s life I wanted to change through travel was my good friend Ray Romano. I asked him where he was going when we were on hiatus after the first season of Everybody Loves Raymond. He said, “We always go to the Jersey Shore.” I told him that was great, but had he ever been to Europe? “Nah.” I asked him why not, and he said, “I’m not really interested in other cultures.” I couldn’t understand how someone could feel that way. Not even Italy? Ray’s family was Italian. I knew instantly it was a story I wanted to tell on Raymond, do an episode set in Italy and send his character, Ray Barone, over there, this guy who doesn’t want to travel. He’d come back as Italian as Roberto Benigni, or me, someone who’s been transformed by the magic of travel – the food, the people, the beauty, especially of Italy.

So after lots of convincing, we got Raymond on a plane and filmed the episode in Rome and outside the city in a little town called Anguillara Sabazia on the Lago di Bracciano, the lake there. After shooting one night, Ray and I, along with thirty members of the cast and crew, ate at a huge table in the middle of the piazza in Trastevere, the old Jewish ghetto in Rome. Ray saw a gelato store in the corner of the plaza and said, “We’ll probably get dessert here, but we should get gelato after, right?” As he and I were enjoying our second dessert of the night, he saw a pizza place and said we then had to try that. Then he saw another gelato place and said, “The best combo is coconut and chocolate. Shouldn’t we try that here, too?” I saw what happened to the character that I wrote actually happening to Ray the Person. And watching my friend experience the joys of travel for the first time was as good as doing it myself. I actually remember thinking, “If only I could do this for other people.”

So after Raymond ended, and several futile attempts to do another sitcom, I decided to pursue my dream. And you know what? Nobody wanted it. “Why are you doing this? Stick to sitcoms” is something I would hear from everyone, including my agents and my parents. But I kept trying for years. I wanted to use everything I learned about how to tell a story in the service of everything I loved in life: Family, Friends, Food, Travel, and Laughs.

Finally, the nice people at PBS saw some clips I had made of some travel videos and liked them, and I got a meeting. Here’s how I pitched the show: I said, “I’m exactly like Anthony Bourdain, if he was afraid of everything.”

After the meeting, I called Richard. I told him that PBS was giving me six episodes on the air where I would try to get you to travel by showing you the best places in the world to eat. He said, “Really? What are they going to call the show? The Lucky Bastard?” I told him to quit his job (he was already a TV producer) and come produce this show with me, and we’ll call our production company Lucky Bastards. We got Zero Point Zero (the production company that did Anthony Bourdain’s shows) to join us, and that show became I’ll Have What Phil’s Having.

We brought my parents into each episode, and they have always been not just supportive and fantastic but a great source of comic material. You can see their debut in my 2011 documentary about my trip to Russia to try to help them turn our sitcom into Everybody Loves Kostya. It’s called Exporting Raymond. And what you see on those video calls to my folks is really how they are. I realized those calls home are the modern day equivalent of a postcard from wherever you’re traveling. And we realized they’re comic geniuses on camera. My mom was a complete natural and absolutely hysterical. (Unlike Dad, she never wanted to be on TV, but later, she did enjoy people recognizing her. I loved that.) Then we had Dad with his jokes. He had done some stand-up here and there when he was younger. He always amazed me, because he did get very nervous going up there, but then he owned the stage. He had accumulated a lot of jokes over the years, but as the series went on, Monica would tell me that Dad would go to the Internet and look up old Jewish jokes before I called. He wanted to make sure he had the joke right so that it appeared to the audience as if he just happened to remember it. The dynamic of the two of them together, my mom and dad, first on IHWPH and on our first four seasons of Netflix’s Somebody Feed Phil, was incredible. They’re just as funny in this series, being themselves, as the actors who portrayed versions of them in Raymond were on the sitcom. They weren’t just the best part of the show, they were one of the best parts of my life. This book, like everything else I’m lucky to do because of them, is dedicated to them, Max and Helen Rosenthal.

It’s also dedicated to the rest of my family: Monica, Ben, and Lily, Richard and his family, Monica’s family, and my extended family: our crew and production staff, all the chefs and friends we’ve made, and all of you, who should really be dropping this book just about now.

Excerpted from “Somebody Feed Phil the Book.” Copyright © 2022, Phil Rosenthal. Reproduced by permission of Simon Element, an imprint of Simon & Schuster. All rights reserved.