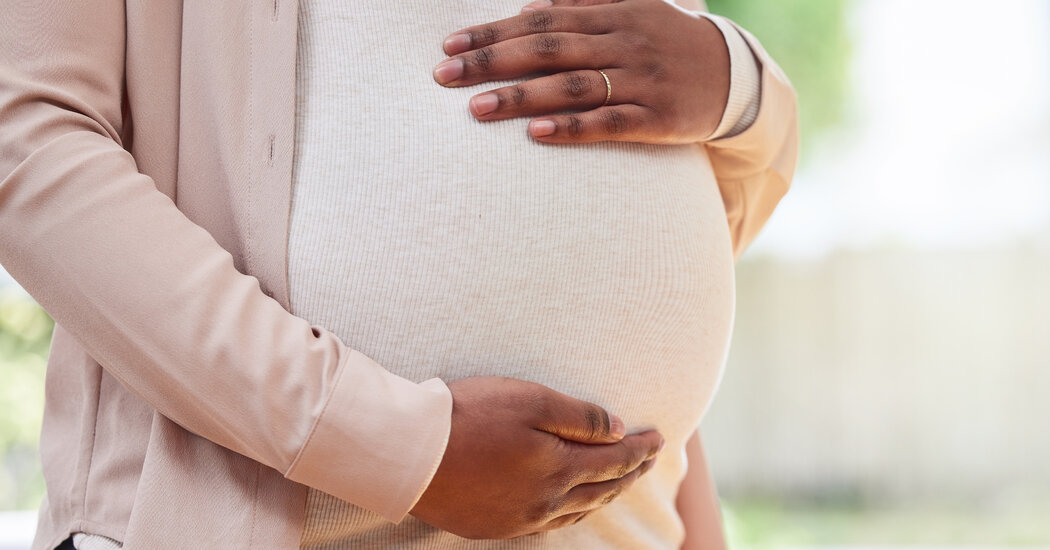 A Food and Drug Administration advisory committee on Wednesday recommended withdrawing the drug Makena from the market, after years of study showed the fast-tracked drug had failed to prevent preterm birth.

Makena has been approved for 11 years, and the panel’s vote was widely viewed as a test of the agency’s “accelerated approval” program, which has expedited nearly 300 promising drugs to the market in 30 years. The program has been criticized for leaving many drugs in use as follow-up studies drag on to determine whether they work. The program drew considerable fire over the approval of the Alzheimer’s drug Aduhelm last year, a costly drug that many experts viewed as unproven.

This is the first time in more than a decade that the agency, which typically follows the advice of its expert panels, appears poised to force a drugmaker to stop selling a fast-tracked product.

The move to pull Makena from the market — the only drug approved to forestall preterm birth — has been laced with emotional appeals and issues of race and health disparity. The risk of preterm birth is much higher for Black women, a point that Covis Pharma, the drug’s manufacturer, had pressed in a lengthy effort to make its case to the F.D.A.

If the agency follows the panel’s recommendation and orders the drug off the market, patients who had a preterm birth and faced a second one would have no approved treatment (although Covis could continue studies of the drug).

The situation is devastating, said Annie Ellis, a patient representative on the panel from White Plains, N.Y., who recommended removal of the drug Wednesday.

“It is brutally painful that there’s nothing available in 2022 in the United States of America,” she told the committee. “The inequities that exist and the state of neonatal morbidity — for mothers it’s just painful on so many levels.

“We need to find answers and we need it as quickly as possible.”

The advisory committee weighed in on three separate votes on Wednesday. All 15 of the voting panel members agreed that the lengthy post-market trial of the drug did not show a benefit to babies. Thirteen also agreed that the drug was not proven to be effective in reducing risk for preterm birth in women who already had one preterm birth. The final and key vote asked whether the drug should remain on the market while another study is conducted. Fourteen voted no.

Makena was approved on a conditional basis in 2011 after it appeared to help mothers carry a baby to term — a factor thought to reduce infant death and disability. Yet after years of follow-up study, the drug failed to benefit newborns more than a placebo.

Typically, drugmakers quietly withdraw a medication after such a defeat. Yet Covis Pharma, owned by the private equity firm Apollo Global Management, appealed to the agency to allow it to keep the drug on the market for a narrowed group of high-risk women, while promising to stop promoting the drug and to conduct one more study.

“A complete withdrawal of the product would harm the patients at the highest risk for preterm birth,” Raghav Chari, the chief innovation officer for Covis, said during the company’s presentation on Tuesday. “We’re proposing a way forward that is best for women and their babies.”

He also warned that even if the F.D.A. withdrew the drug, it might remain available from specialized compounding pharmacies, which had a track record of sterility and contamination problems.

During a three-day hearing this week, agency officials squared off with Covis, citing their shift from hope to disappointment — that the drug would help babies at risk of death or lifelong health problems.

“We once thought Makena was likely to be part of the answer to that problem,” Dr. Patrizia Cavazzoni, director of the agency’s drug division, said. “Unfortunately, we no longer do.”

In a summary prepared for the hearing, the F.D.A. said failing to withdraw the drug “would be a disservice to patients” at risk for preterm birth “and would undermine the accelerated approval pathway.” The agency also noted that the drug carried the risks for blood clots, depression and allergic reactions.

Dr. Namandjé Bumpus, the F.D.A. chief scientist, and Dr. Robert Califf, the agency commissioner, will issue a final decision in the coming days or weeks.

Among those who backed Covis’s appeal was Dr. Washington Hill, a Black maternal-fetal specialist in Florida. He testified that he disagreed with the assessment that the drug did not work.

“More data on the Black mother with history of spontaneous preterm birth is needed,” Dr. Hill said. “We will not have that if the drug is withdrawn.”

The company, as well as some panel members, questioned whether there might be a benefit in some situations or subgroups of women.

The hearing has been widely compared to another in 2011, when advisers considered whether to keep the drug Avastin on the market to treat breast cancer. It was also approved under the accelerated pathway, and follow-up study showed the drug presented risk, but little benefit. Still, women who took the drug and survived their cancer filled a hearing room that echoed with applause as they made emotional pleas to the agency to keep it on the market.

That hearing was so contentious that advisory committee members — who voted to pull the drug — were whisked out of the hearing by security guards into a waiting fleet of black sedans. Dr. Margaret Hamburg, the agency commissioner at the time, ultimately decided to pull the drug’s approval for that use.

The virtual hearing for Makena that began Monday lacked the electricity of an in-person event, with a handful of women asking the agency to study the drug further via teleconference.

Patricia Joseph, from the Cleveland area, said she gave birth to her first daughter at 34 weeks — several weeks before a full term. The baby was in the NICU and hospital for a stressful 21 days and struggled to gain weight.

The next time she got pregnant, she received the Makena injections and delivered at 38 weeks, which is considered a full-term pregnancy. She said she was thrilled to bring a second daughter home after a few days and to watch her thrive.

“I truly believe that if there’s even a slight chance that Makena made a difference in her life, we cannot deny that to others,” Dr. Joseph, who is trained in statistics, testified on Monday.

One doctor offering public testimony countered that, saying the drug offered no benefit but might present unknown risks to the unborn child. He and others referred to the legacy of the drug DES, a different synthetic hormone meant to prevent miscarriage, which after 30 years of use ending in the 1970s was found to increase infertility and cancer risk to people who had been exposed in the womb.

Leaving the drug on the market “will hurt racial equity because Black women will disproportionately be injected with an ineffective and risky drug,” Dr. Adam Urato, an obstetrician-gynecologist in Massachusetts, said.

The F.D.A. announced its intention to take Makena off the market in 2020, citing the failed study of more than 1,700 women. The company that owned the drug at the time, AMAG Pharmaceuticals, appealed the decision, teeing off years of wrangling over the details of the hearing that concluded Wednesday.

The delay was lucrative for the drugmaker: A recent government watchdog report estimated that Medicaid, which covers the cost of about 40 percent of births in the United States, paid nearly $700 million for courses of Makena since the study to gauge its benefits was due in 2018. The report, by the inspector general for the Department of Health and Human Services, found that government payers spent $18 billion in total on drugs that were approved based on promising findings — but stayed on the market after the date they were supposed to prove a benefit.

Earlier this year, Representative Frank Pallone Jr., a Democrat of New Jersey, introduced a bill to help the F.D.A. move more decisively to pull drugs that fail to live up to their promise, but it has not gained traction.

The accelerated-approval pathway is meant to speed drugs to market for deadly conditions and those with no other available therapy. Since the program began in 1992, the agency has revoked the approval of 35 drugs for specific uses. Most of those decisions have occurred since last year, as criticism flared about the Aduhelm approval and other drugs languished with no proof of benefit.

The F.D.A. this year announced “Project Confirm,” which is focused on evaluating fast-tracked cancer drugs.