FEC can keep tossing cases without review for “prosecutorial discretion.” 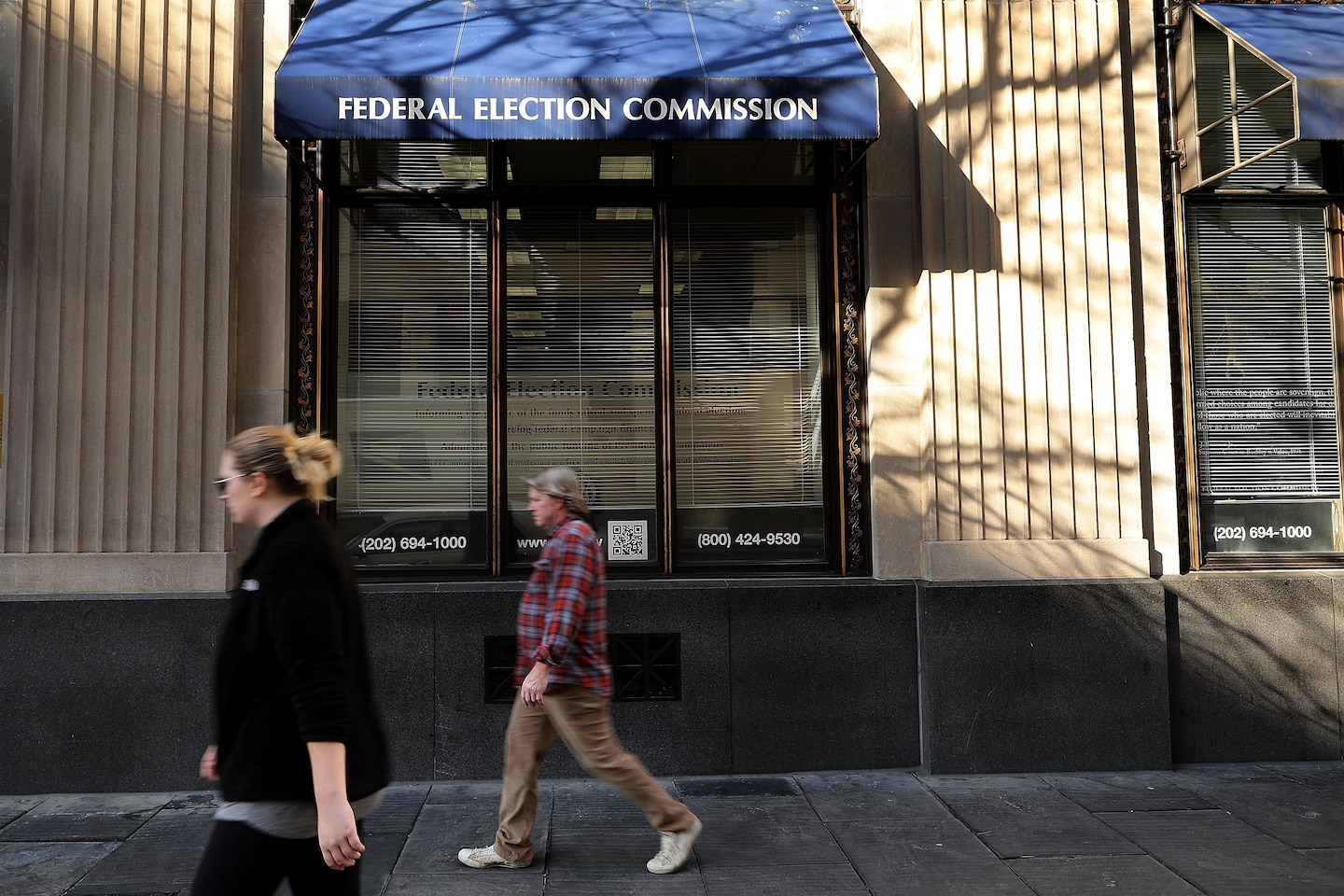 Watchdogs looking to toughen federal enforcement of campaign finance laws will not get any help from the judiciary after an appellate court ruling this week that advocates and some judges warn will lead to more untraceable election spending.

A nonprofit had asked the U.S. Court of Appeals for the D.C. Circuit to take another look at a 2021 decision that prevented courts from reviewing Federal Election Commission decisions or stopped private parties from challenging the commission’s decisions for cases in which the agency invokes “prosecutorial discretion.”

Judge Neomi Rao, who wrote the original opinion from the three-judge panel that first ruled on the case, reiterated Monday that “prosecutorial discretion is not judicially reviewable.” In a statement joined by three other judges refusing to have the case sent to the full circuit for review, she wrote that “it is emphatically not the province of the courts to consider whether more vigorous enforcement of election laws would be desirable.”

Judge Patricia Millett, who dissented in both cases, lamented that the decision allows a minority of FEC members to kill any case without review merely by using the words “prosecutorial discretion.”

“In a perverse twist, those who are charged with enforcing the laws that protect the electoral building blocks of our democracy are free to operate outside the law,” she wrote Monday, joined by one colleague. “In this way, the panel decision renders the world of dark money in politics an even darker place.”

The partisan split makes the FEC “an unusual agency,” said Commissioner Ellen Weintraub, a Democratic appointee. “Everyone anticipated from the get-go that that was going to make enforcement challenging, and they built in this fail-safe provision that complainants could sue.” Now, she said, “these decisions eviscerate that.”

The earlier ruling already caused a district court judge in D.C. to reverse himself and rule in favor of the GOP-aligned American Action Network accused of engaging in electioneering while calling itself a nonprofit to avoid disclosing its donors.

Chairman James Trainor III, a Trump appointee, said in 2020 that outside groups were using lawsuits “as [a] weapon against the speech rights of their political opponents.”

This particular case involved a group called New Models that donated millions of dollars to Republican-aligned super PACs in 2012 without registering as a political committee. As in the Trump and AAN cases, Republican members of the FEC voted not to proceed with an investigation, invoking prosecutorial discretion while also arguing in a long analysis that the case was too murky for successful litigation. Citizens for Responsibility and Ethics in Washington sued.

The bipartisan requirement has stymied high-profile, politically contentious cases since the FEC was formed in 1974. But in recent years, Republican appointees have expressed general opposition to campaign finance regulations and blocked enforcement in cases involving both parties.

A Republican former commissioner who helped block the New Models case said in a 2018 radio interview that fewer restrictions on campaign spending were “a good thing for democracy” that helped “more people to become involved in politics” without “being harassed by people who disagree with them.”

A dispute over nominees, with Republicans unwilling to name new commissioners unless the Democratic appointees were also replaced, left the commission without enough members to function during the 2020 election cycle.

Rick Hasen, an election law expert at UCLA Law, said he expects the ruling will only further a “deterioration” in the effectiveness of the FEC that has been going on for the past 15 years. According to a report by a former Democratic appointee, less than 5 percent of enforcement votes in 2006 resulted in a deadlock; a decade later more than 30 percent did.

“There used to be more moments of cooperation and less obstructionism and more fighting things out,” he said. Now “the Republican commissioners have a way to render many of their opinions essentially unreviewable by the courts.”

Weintraub said there has been some bipartisan cooperation in recent months, but not on enforcement actions.

“I can’t recall the last time we had four votes to even investigate … dark money cases,” she said. She predicted the ruling “will contribute to the amount of dark money that is raised and spent on our elections” and “make it increasingly difficult for the commission to enforce the law.”

Sean Cooksey, a Trump appointee to the FEC who previously worked for Sen. Josh Hawley (R-Mo.), tweeted that the ruling is an “important decision on separation of powers principles.” (He went on to suggest that one of the nonprofits advocating for greater FEC oversight was hypocritical for taking money from alleged cryptocurrency fraudster Sam Bankman-Fried.)

Two recent President Biden appointees to the D.C. Circuit did not participate in the decision, creating a split between Democratic and Republican appointees.