Fetterman Makes Reference to a Steelers Legend in Resurfaced Ad 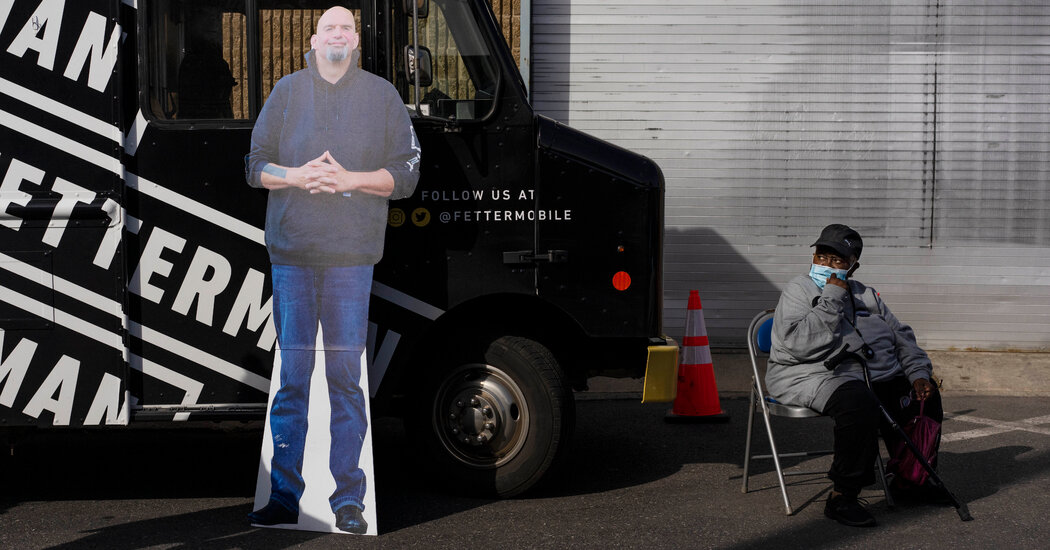 PITTSBURGH — An injured-looking John Fetterman slumps along a wall. A young boy in a Pittsburgh Steelers jersey asks if he needs help.

“I’m running for U.S. Senate, kid. I need all the help I can get,” Mr. Fetterman says. Skeptically, the boy asks, “Where’s your suit, and your flag pin, and your hair?” He offers a soda, which Mr. Fetterman at first refuses. Then Mr. Fetterman guzzles the bottle and gratefully tosses the kid a T-shirt.

The 90-second digital ad bounced across Twitter on Friday, with some Republicans reacting as though the Fetterman campaign, days before the election, had lost its mind.

“WHAT ON EARTH is this Fetterman ad …” Kyle Martinsen, a researcher for the Republican National Committee, posted on Twitter, racking up more than 2 million views.

The Steelers homage and the ad’s resurfacing after six years in the ahistoric void of social media led thousands of Twitter users to roast conservatives who hadn’t understood the references.

Rachel Tripp, a senior communications adviser to Dr. Oz, tweeted an imagined dialogue: “Fetterman team: People will get the reference, right? Yeah, they’ll definitely get it! Narrator: People didn’t get it.”

That led Mr. Fetterman’s communications team to mock Ms. Tripp as being out of touch with Pennsylvania.

“I had assumed it was just Oz who knew nothing about PA, but I guess it’s his whole team,’’ Rebecca Katz, a top Fetterman adviser, wrote on Twitter.

Ms. Katz, whose firm made the 2016 low-budget ad, said a staff member conceived the idea when the Steelers seemed headed to the Super Bowl. (They lost in the A.F.C. Championship Game.)

“We had no money back then,” she said, “but thought it could be fun.”