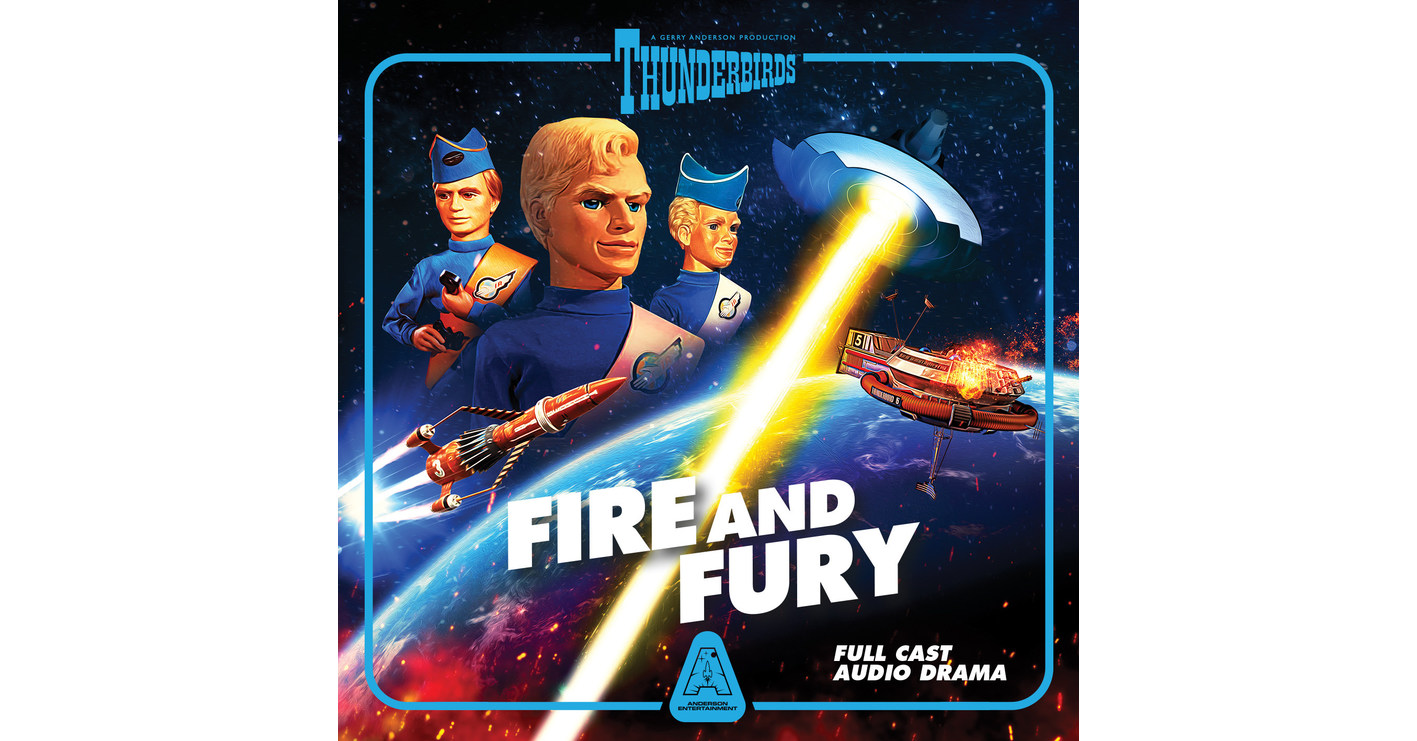 First up is Thunderbirds: The Space Mirror (by Alan Fennell, adapted by Iain Meadows). In it, a freak solar event boils the Antarctic Ocean, threatening the lives of sailors on a supply run, and Gordon and Virgil Tracy are called to action. Meanwhile, a sinister satellite orbits the Earth, preparing to strike a precise target. Once again, International Rescue are called, but things don’t go to plan. With John Tracy missing from Thunderbird 5 and Alan Tracy under attack in Thunderbird 3, the International Rescue team faces one of its most deadly adversaries as it come up against the power of Soltan’s Space Mirror…

The adrenaline keeps pumping with Thunderbirds: Blazing Danger (by Alan Fennell, adapted by Nicholas Briggs). In it, Lady Penelope and her faithful butler Parker make their latest visit to Tracy Island, and are keen to experience a rescue mission. Reluctantly, Jeff Tracy agrees to them taking a test flight in Thunderbird 2. But fiery events in Canada overtake them, and International Rescue’s British agents find themselves flung into a full-blown danger zone, packed with peril and treachery.

“It’s been a big thrill for us to expand the world of Thunderbirds, which Dad set in motion way back in 1965,” said Jamie Anderson, son of Gerry Anderson and managing director of Anderson Entertainment. “Fans across the globe are full of praise for the new releases, which is incredibly gratifying – and richly deserved by the team. The world of Thunderbirds continues to grow!”

ABOUT ANDERSON ENTERTAINMENT: Originally founded by legendary creator Gerry Anderson (1929-2012), Anderson Entertainment continues today to build on his incredible more than 60-year-long legacy of globally successful, nostalgic, and family-friendly TV and film IP. The company’s wide-ranging competencies span from licensing to merchandising, content creation to fanbase nurturing, and from consulting on Anderson and cult IP-related projects to Anderson’s own direct-to-consumer and licensing operations. www.anderson-entertainment.co.uk.