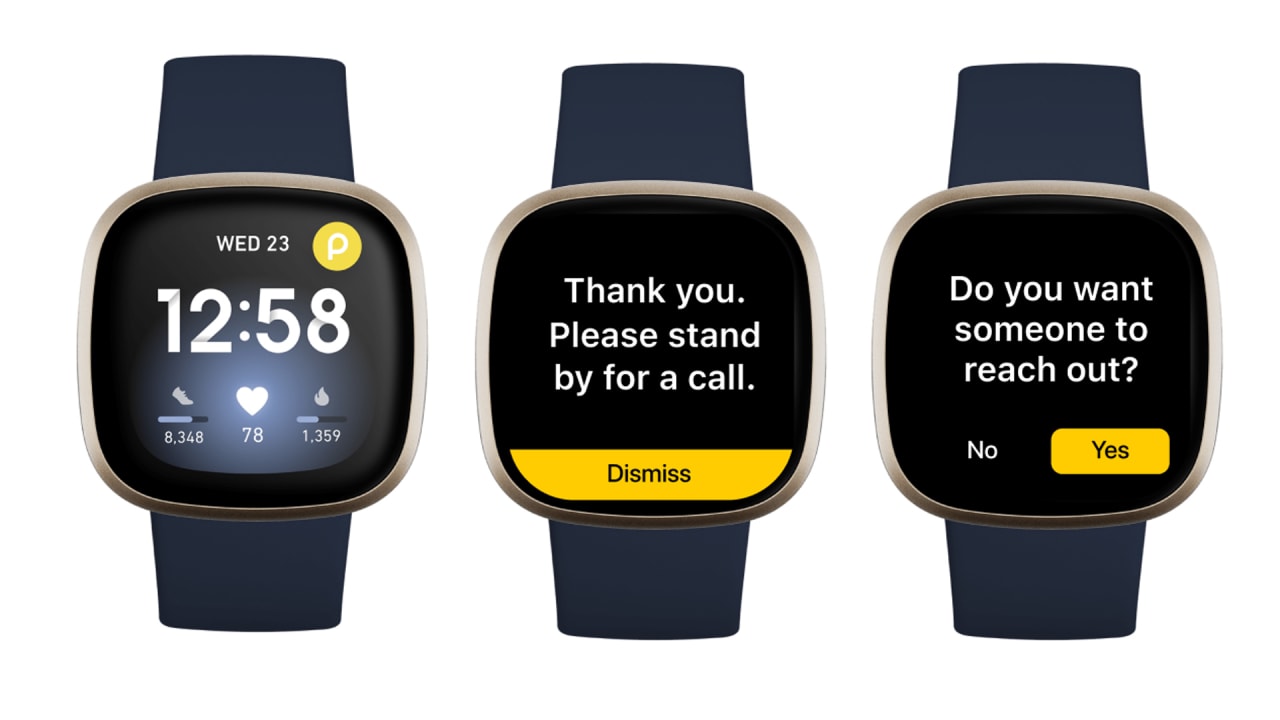 Pretaa has worked with Fitbit, the Google-owned wearables company, to build special support features into Fitbit’s products, such as the ability to call out to a clinical caregiver (or a friend, support group sponsor, or family member) if the user feels they’re in danger of relapsing.

Karen Romans, who leads partnerships at Fitbit and was a social worker in a past life, says that addiction patients emerging from treatment are leaving a highly structured and tightly supervised environment. “They’ve been in a facility where they’re not allowed to have their phone and other things, and they’re in some ways being told what they can and can’t do for their own benefit during that period,” Romans says. “So they get out and we’re like, ‘Okay, let’s start to give you more control again.’” Making the transition out of treatment and back to real life a daunting prospect for people trying to stay away from drugs. They need a lifeline.

While the Pretaa technology gives Fitbit wearers a way to quickly reach out for support, it also uses the sensors on the device to give treatment center clinicians a much-needed window into the patient’s well-being post release.

“[We’re] looking at the data that’s coming from Fitbit, including heart rate, step count, oxygen level, body temperature, et cetera, and we’re looking for anomalies in that data,” says Pretaa CEO Michael Madon. “We’re running it through our machine learning engine . . . and saying, ‘What’s not right here?’ with this combination of data for this individual.”

For example, if the patient’s heart rate has suddenly shot up to 120 beats per minute, and their low step count suggests the uptick is not a result of exercise, the model might deduce that the wearer is abusing a drug. That information could then be sent directly into the user’s medical record in the form of a PDF file that can be immediately accessed by a caregiver, Madon tells me. If the data reveals telltale signs that the patient might be veering back toward abuse and addiction, the patient’s caregiver might decide to reach out.

Because of the privacy concerns inherent in this type of monitoring, Madon and Romans stress that the information is transferred only if the patient agrees to it as part of their post-release treatment plan.

Users can take surveys on their phone or Fitbit device to report their progress or mental health updates, and they can receive positive affirmations from their caregiver.

On more recent Fitbit wearables, like the Versa 3 smartwatch, there is a Pretaa watch face featuring a little “P” icon that the wearer can tap to connect directly with a caregiver or family member.

Madon says his company plans to use the location data on users’ phones as another possible sign of danger. “It will be geofencing, so when a patient comes into treatment often they’ll share areas where they went to buy drugs or where they were using drugs or areas that caused them anxiety, and those areas are often captured by the treatment center,” he says.

So, with the patient’s consent, that information can go into the Pretaa platform, and if their phone detects that they’ve wandered into one of these danger areas, a clinical support person can be notified. Madon says the geofencing feature will show up next year.

The Fitbit/Pretaa platform will start rolling out to treatment centers in California this month. Such centers, Madon says, are often paid a flat rate by insurers to care for a patient, so they have a financial interest in making sure the patient doesn’t relapse and require readmittance.

Pretaa and Fitbit stress that it’s up to the patient to choose which features of the platform to use, and which data from their wrist to share with caregivers and family.“It’s about meeting people where they are, and now the technology is at a place where we can do that,” Madon says. “With the [addiction] epidemic just exploding and people really feeling this at a very visceral, personal level, we have to step up and bring all the technology at our disposal—and make it work for people who are trying to help.”