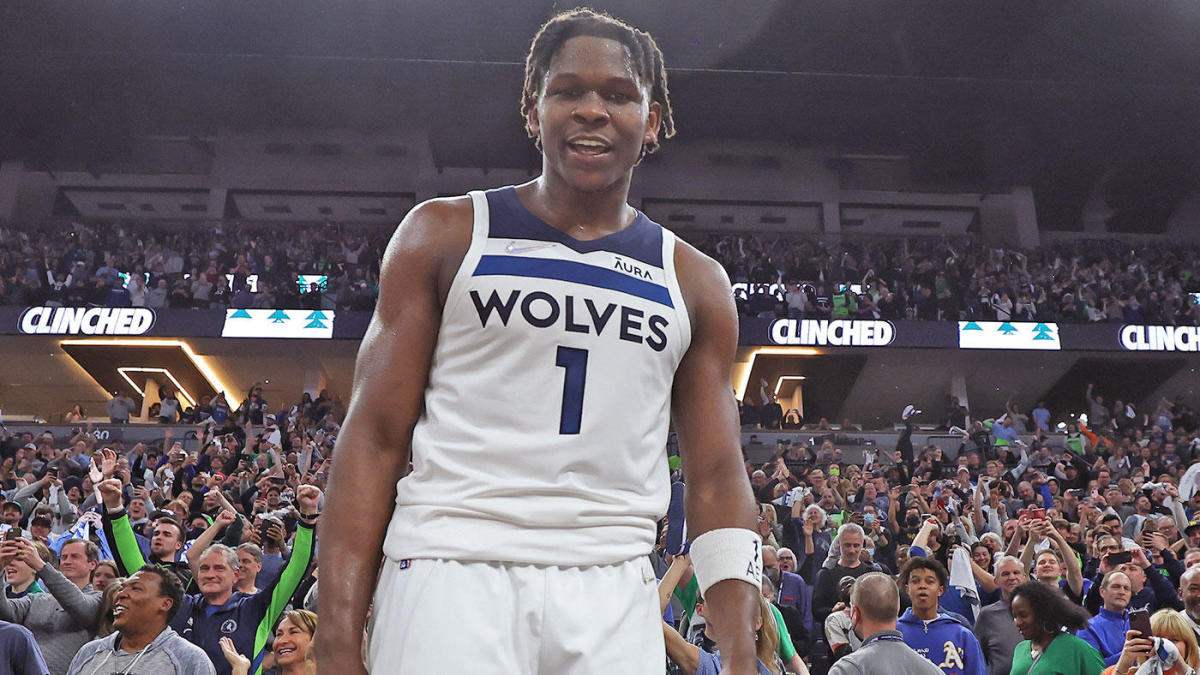 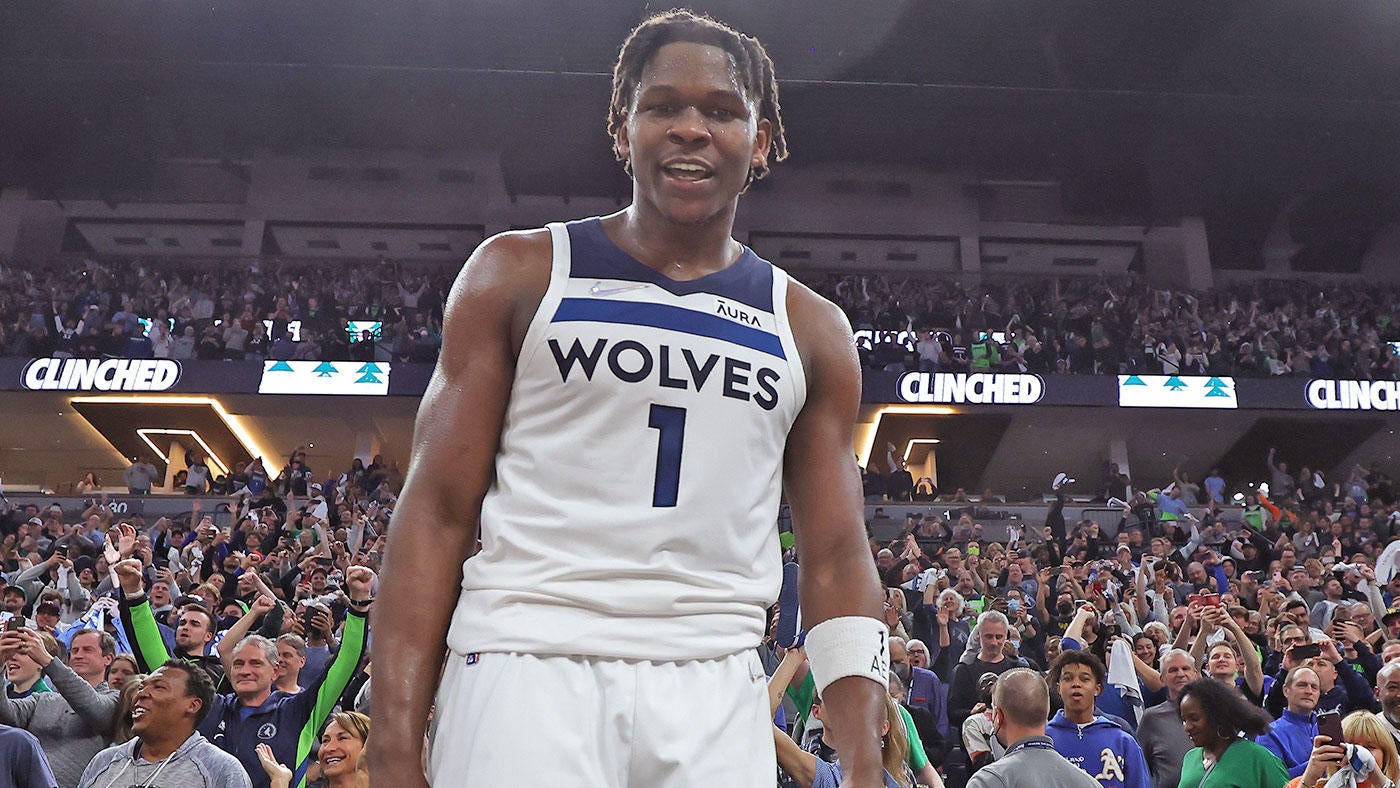 Being named an All-Star is a big deal. It represents a large leap in status, and could also be financially beneficial for players. This season, there are several players poised to establish themselves as first-time All-Stars. Here’s a look at five of the most likely candidates.

After averaging over 20 points per game over the first two seasons of his young career, Edwards appears to be on the brink of superstardom. He already has the charisma of an All-Star, and he has the blossoming game to match. Last season, Edwards became the youngest player in NBA history to make 10 3-pointers in a single game — a feat he accomplished against the Nuggets in December.

Edwards is also the perpetrator of some of the most vicious poster dunks that the league has seen over the past two seasons.

At just 21 years old, Edwards is already a legitimate three-level scorer, and he still has tons of room to grow. His numbers increased across the board from his rookie to sophomore season. If he follows the same trend this season, it will be extremely tough to keep him off of the All-Star team, even in a talent-laden Western Conference, and it sure sounds like he’s putting in the work to make that happen.

“I’ve been working on everything, man,” Edwards said of his offseason recently, via The Athletic. “Just getting better. I’m trying to take that leap this year and be the best player I can be. Trying to take my team as far as we can… I feel like I’m working extremely hard, harder than I’ve ever worked before. I’m just happy with the results right now. I’m happy to see what it leads to on the court.”

Jalen Brunson blossomed in his four years playing alongside Luka Doncic in Dallas. Last season he averaged 16.3 points, 4.8 assists and 3.9 rebounds per performance while starting in 61 of the 79 games that he appeared in for the Mavericks. Those numbers are certainly solid, but his production in Dallas was always going to have a ceiling playing next to an extremely ball-dominant guard like Doncic. Now in New York that won’t be the case, as Brunson will get the opportunity to shed Doncic’s proverbial shadow.

Brunson projects to be the Knicks’ lead guard next season (and beyond, given the fact that he inked a huge four-year deal with the team over the summer). With that distinction comes an increase in responsibility, and likely a major bump in production. First of all, Brunson very likely won’t be coming off of the bench for 18 games like he did last season — and has previously throughout his career — so he’ll have more of a consistent opportunity to get to work early in games, and probably more defined role, which could be beneficial. Also, after paying him over $100 million, the Knicks will be looking for him to be extremely assertive. As a result, he’ll likely take more than the career-high 12.8 shots he attempted per game last season, and he’ll also have the ball in his hands much more to create for others.

Brunson should easily average career highs in assists and points per game this season, and such elevated production could land him his first All-Star nod.

Tyrese Maxey was a bit of a revelation for the Sixers last season. After receiving inconsistent playing time during his rookie year, Maxey took over the starting point guard spot in Ben Simmons’ absence last season, and he never looked back — even after James Harden was added to the roster. His numbers swelled with his increased role, and he quickly established himself as an integral part of Philadelphia’s offensive attack. His importance to the Sixers was exemplified during postseason play.

From his first to his second season, Maxey’s scoring jumped from eight to 17.5 points per game, and his assists doubled from two to 4.3. Most impressively, his 3-point shooting skyrocketed from 30 percent as a rookie to 42 percent last season. This improvement helped to solidify him as an excellent complement to All-Star center Joel Embiid, and his ability to play both on and off of the ball should greatly help his fit alongside Harden in Philadelphia’s backcourt moving forward. Maxey has an unrelenting work ethic, and if he continues to develop there will likely be several All-Star selections in his future.

Sexton might not be the most obvious pick at first, but after being traded from the Cavaliers to the Jazz — and immediately agreeing to a new, fully-guaranteed four-year deal — he could be in line for a major bounce-back season. Last year, Sexton was limited to just 11 games after he tore his meniscus in November. During his time on the sideline, he became somewhat of a forgotten man in Cleveland, due largely to the coinciding emergence of All-Star guard Darius Garland.

The year before that, though, Sexton averaged over 24 points and four assists per performance and was widely viewed as one of the more promising young players in the league. In Utah, Sexton should again get the opportunity to produce at a high level for a Jazz team that now finds itself squarely in the midst of a rebuild. The team might not be too good, but if Sexton plays well enough individually, perhaps he’ll be rewarded with an All-Star nod.

After a promising start to his career in Sacramento, Haliburton was traded from the Kings to the Pacers in the middle of last season, and his numbers improved afterward. In 26 games with Indiana, he averaged 17.5 points, 9.6 assists, 4.3 rebounds and 1.8 steals per performance. They call that filling up the stat sheet. Now, after an entire offseason and training camp with his new team, Haliburton, 22, could be poised to take another step forward.

On a Pacers team that will rely heavily on his production, there’s no reason to think that Haliburton can’t come close to averaging 20 points and 10 assists on a nightly basis. Doing that and being named an All-Star are two of Haliburton’s individual goals for the upcoming campaign.

“I want to be a 20-and-10 guy and I want to be an All-Star,” he said recently, via Basketball News. “Those are two personal goals for me that, I think, are attainable.”