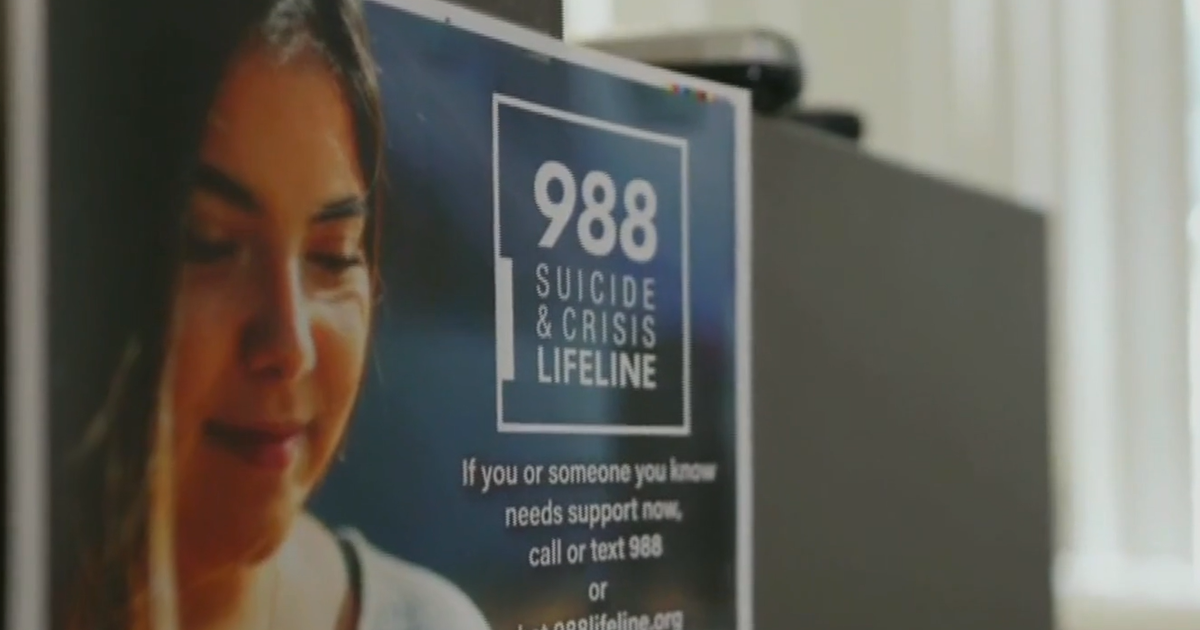 Hunter Haskins was an all-around athlete, college student and adored son. But one year ago, his mother, Kelly Haskins, got a call from the Orange County Sheriff’s Office in Florida, telling her that her son had died by suicide.

“He died right after failing a math test,” Kelly Haskins said. “That broke out heart.”

Kelly Haskins believes the new nationwide 988 suicide and crisis lifeline could have saved Hunter Haskins’ life. Unlike the 10-digit hotline number, 988 is easy to remember — the mental health equivalent of 911.

The latest data shows that call volume, including texts and chats, jumped 32% in September 2022 over the same month last year, before the 988 number was introduced.

Beccera said the Biden administration has directed more than $430 million to help fund state programs. But, he noted, “the federal government does not operate it. It requires every state to own 988.”

Only five states — California, Washington, Nevada, Colorado and Virginia — have permanent 988 funding, according to the National Alliance on Mental Health.

Kelly Haskins texted with a counselor to get a feel for what an interaction is like.

“In the end, I was really happy with the conversation,” she said.

Now, she is trying to get a 988 sticker on the laptop of every high school and college student.

“Just trying to do something positive. And trying to save a life,” she said. “That’s my goal.”

If you or someone you know is in emotional distress or suicidal crisis, call the National Suicide Prevention Hotline at 988 or 1-800-273-TALK (8255).

For more information about mental health care resources and support, The National Alliance on Mental Illness (NAMI) HelpLine can be reached Monday through Friday, 10 a.m.–6 p.m. ET, at 1-800-950-NAMI (6264) or email info@nami.org.