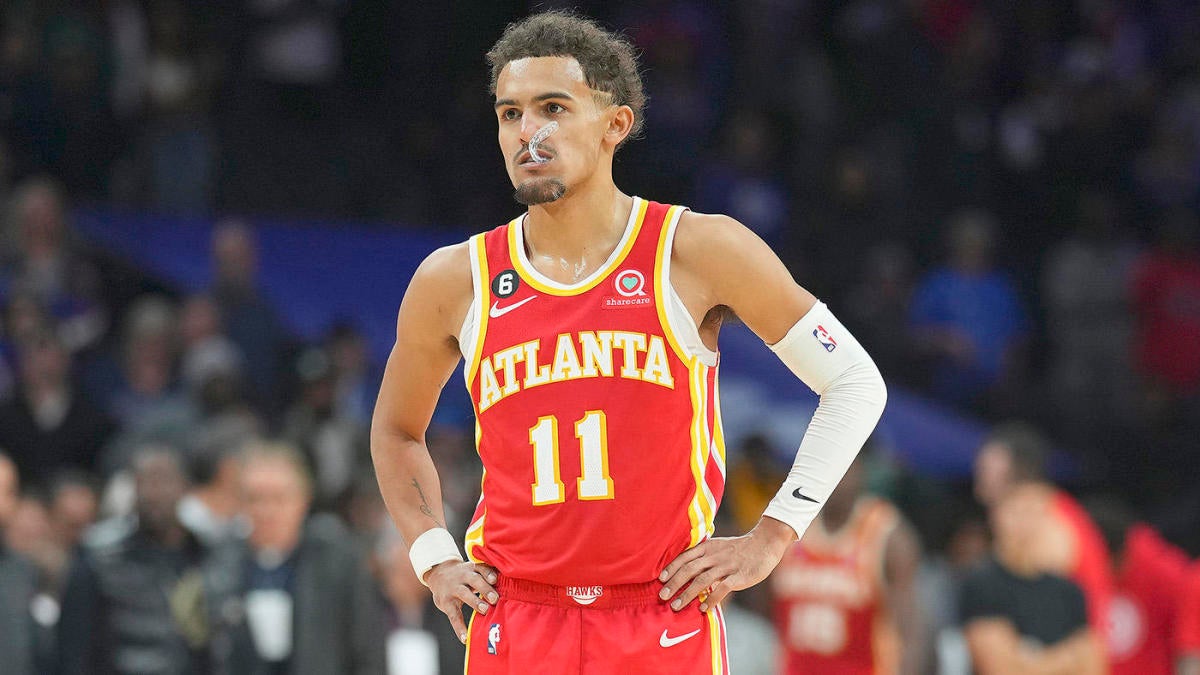 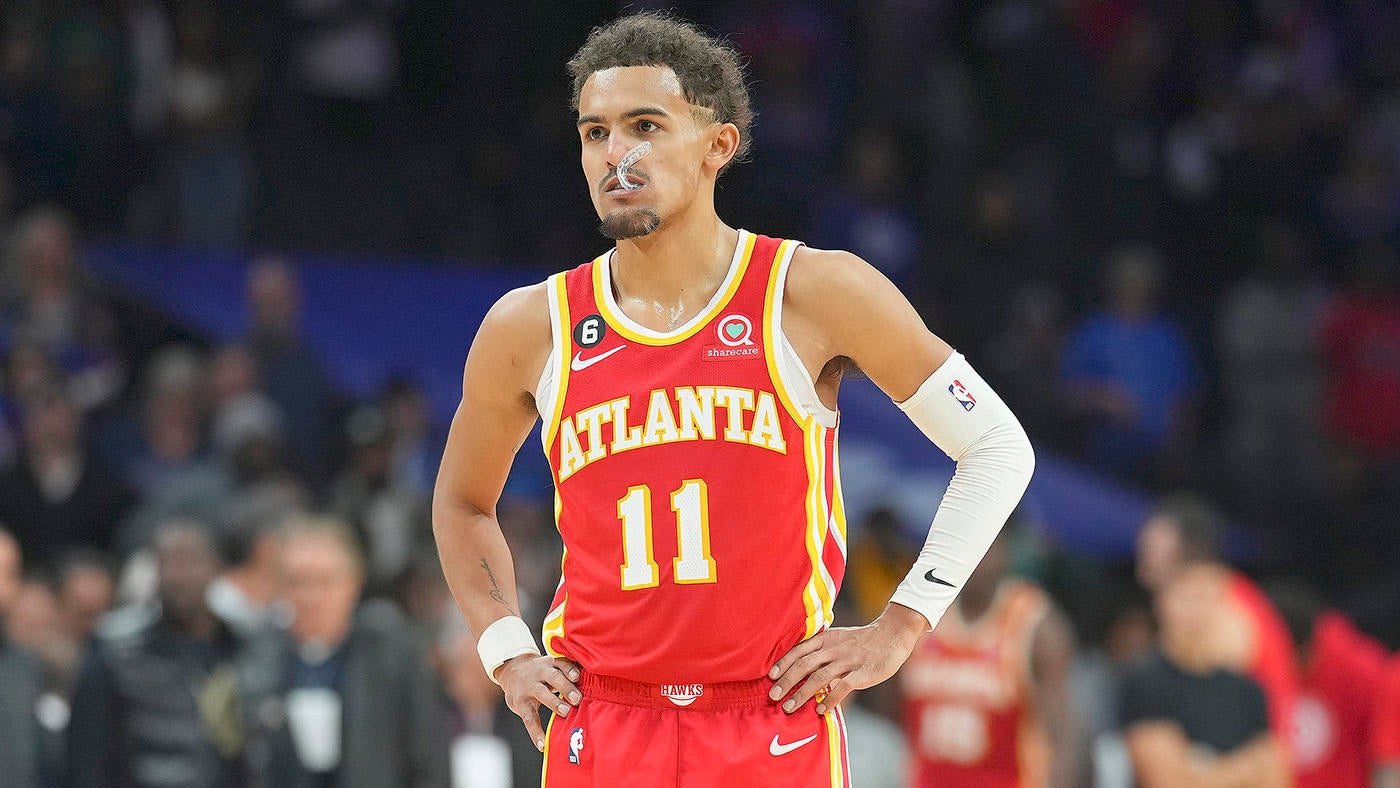 Trae Young has found himself in a well-publicized spat with his head coach. Ja Morant has heard calls from Charles Barkley for his game to grow to include channeling his enormous talent to make his teammates better. Luka Doncic is putting up historic individual numbers while failing to push his Dallas Mavericks team toward the top of the Western Conference.

Welcome, young NBA superstars, to the league’s talent-leadership conundrum — a kind of Spider-Man rule of NBA greatness: Where more is shown, even more is expected.

In this league, it’s one thing to be a star — to show, night after night, skills on the court that lift you above your teammates and opponents — and another to be a leader who can harness that talent and do more with it.

Stephen Curry, LeBron James after he went to the Miami Heat, Giannis Antetokounmpo, Kobe Bryant, Michael Jordan, Tim Duncan — each, in their own unique way, was able to shoulder the weight of one’s own potential and promise and direct it toward the things in team sports like harmony, chemistry, example-setting and expectation-meeting that defines the true greats and defined their teams’ successes.

“It’s a very rare quality when it comes to that kind of leadership in a team sport,” Isaiah Thomas, the Hall of Fame player who led the Detroit Pistons to back-to-back championships, told CBS Sports. “You are extremely lucky as a president, coach and teammate if your best player also happens to be a leader. And a lot of times your best player may not have leadership skills. But when you find that, that makes it all work.

“Leadership, it really boils down to one specific word: And it’s ‘trust.’ Do your teammates trust you? And how do you exhibit and win that trust? You don’t go into a locker room and say, ‘I’ll lead.’ Leadership is given, never taken.”

And that, as much as anything is the challenge facing today’s young stars: How to build that trust and lead the teams in ways that transcend their individual excellence. Young’s latest reported squabble is the most apt and recent reminder that talent alone will not grant you a ring, and that a lack of trust or affection toward a star can plague a team, which is a central issue this year — as in year’s past — for Young.

He is certainly a world-class talent, but stories like the one explaining why he missed last Friday’s game after a disagreement with head coach Nate McMillan don’t get leaked by accident.

That story clearly came from inside Atlanta’s locker room, and greatness in today’s NBA — along with the shoe deals, wealth and attention it attracts — means managing a locker room so that your team will follow you.

But if your teammates are instead leaking stories to make you look bad, you have a lot of work to do.

That was the takeaway from conversations with several NBA executives and former players this week: That for rising stars like Young, Morant and Doncic, becoming the next Steph or Kobe requires navigating the consequences of your own success.

You have to, as Barkley said about Morant, make your teammates better. You also have to win the locker room, and part of that comes by being able to sidestep internal jealousies as easily as you dodge defenders. Young has to avoid the pitfalls that come with being anointed one of the next big things. It’s as Pat Riley, coining the disease of more, wrote: “Success is often the first step toward disaster.”

Only these days, the “more” tends comes before many of today’s young stars actually taste the level of success they’re seeking.

“Guys around them are kissing their asses and no one outside the team is telling them the truth or pushing back,” one league source told CBS Sports.

Those around the NBA cite several factors that will be obstacles — not insurmountable, but modern-day-challenges nonetheless — to the next crop of would-be greats the Jordans, Magics, Kareems and Kobes didn’t have to navigate in the same way.

1. There are no more secrets. This hit home, and I heard it several times. That video of Draymond Green punching Jordan Poole, or Young’s interaction with McMillan, wouldn’t have been public fodder in the past. This turns every single move a would-be star makes into a possible tripping point.

This is true because being a national newsbreaker in the NBA is its own career- and wealth-making accomplishment. Because those with the information — agents and executives and others — will often dish out these morsels in exchange for what they can get in return from those rarefied NBA breakers. Because social media and technology have changed the game, along with 24/7 news coverage. Because an increase in wealth for players correlates to an increase in the stakes, and jealousies, of those around them.

“A situation happened that is private,” McMillan told reporters after the issue became a story. “It’s no different than any other day for me and our group, and a story was leaked about that situation. Those are things that we don’t normally talk about or address. Things happen with our players on the bus, on the plane, in hotels. We’re together a lot. We’re family. Things are gonna happen during the course of a season.”

Only NBA teams aren’t families anymore, not really. That analogy has been stretched too far by the modern game to be true. They’re businesses now, with colleagues replacing brothers. True family members, at least those close enough to players, typically don’t betray each other with damaging leaks. Locker rooms, front offices and player agencies sometimes do.

2. Entitlement reigns. There’s no way around this one. If you make a ton of money before you’ve won anything, unique challenges will follow. LeBron James navigated this — first poorly, then impressively. His arrival in Miami in 2010 was both peak Petulant LeBron and the beginning of his ability to take his talent and all that comes with it and channel it into championships with three different organizations.

Young clearly has to do some work here, but that’s natural. Doncic as well. Zion Williamson’s camp clearly tried to leak disparaging information about Pelicans GM David Griffin last year. League sources this week talked about these and half a dozen other would-be superstars and their shortcomings not as character flaws or signs of certain failure, but the reality for young NBA players of great promise. They have a lot, they’re often surrounded, like all successful people, by yes-men and hangers on, and learning to grow past the entitlement those things bring is part of being a pro.

Jordan was 28 when he qot his first championship. Shaq, LeBron and Steph, 27. Giannis was 26. In fact, neither Steph nor Giannis were projected MVP-winning, championship-leading, face-of-the-league megastars. Their progression was slower, less scrutinized, and much, much more patient.

Yes, LeBron and Magic and Duncan and Shaq had expectations thrust upon them, but they were the exceptions, not the rule. Today, a flash of talent can mean a massive contract from teams that can’t take the chance it won’t work out — and all the hyper-speed expectations and intangible difficulties it accompanies.

The point for all these young players, including Trae Young, is that these stories are both important and normal. Success isn’t certain, but neither is failure.

It took Kobe time to learn to lead. It took Jordan time. It took LeBron time. It took Steph and Giannis time to simply establish themselves as stars. While it doesn’t always work — see Kyrie Irving and Carmelo Anthony, to name a couple — others figure it out. Jayson Tatum already has at age 24.

There is clearly work Young needs to do if he is to do the same, and if as a result he and the Hawks are going to get to the next level. But other players have been here before and grown. The path is well-documented. Channel your talent the right way. Own your own mistakes. Ignore the wrong noises, but listen to the right ones. Make your teammates better. Become someone others want to follow you in battle. Do all of that and you’ll emerge from this stage of your career as a much better version of your current self.

Those NBA voices around the league who still think Doncic lacks the maturity to turn The Luka Show into a consistent Mavs squad are right. They’re less a team than a vehicle for one player.

And Young certainly needs to stop feuding with coaches and teammates and make it his mission to lead them rather than just shoot hoops with them. That is Trae’s next, big step.

But here’s a bit of advice for Trae Young: Part of that process is the willingness to learn from your mistakes. He needs to say — publicly, maybe, but ultimately to himself — some simple words: I was wrong. I need to be better. I need to learn to lead.

Then actually go do it.