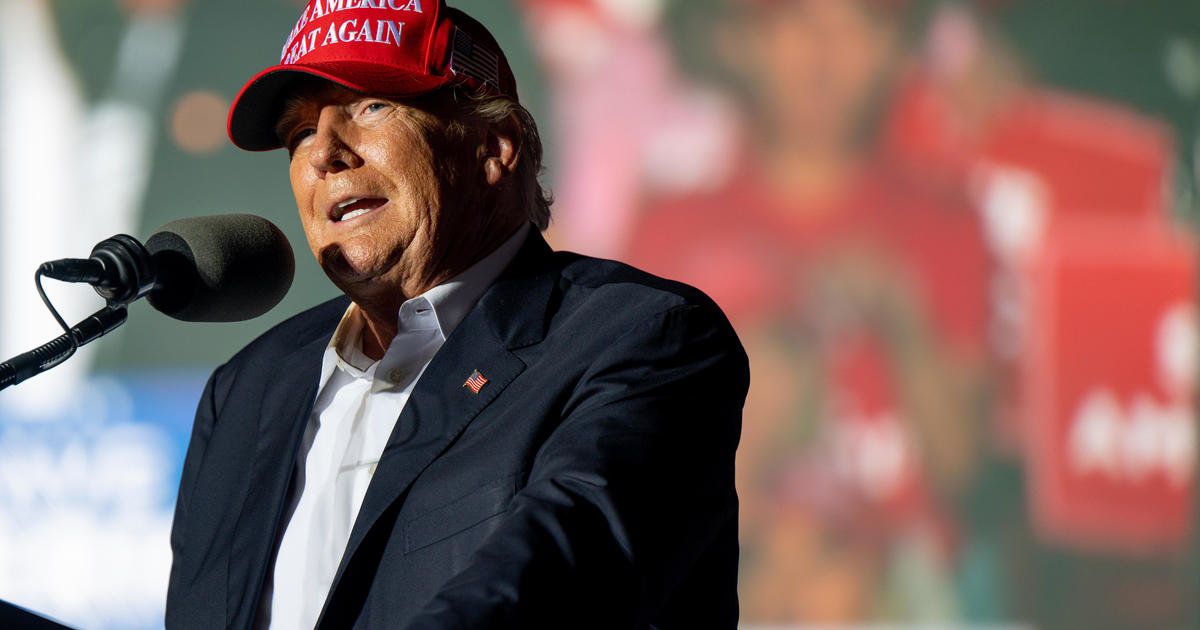 Former President Donald Trump is considering announcing another bid for the White House in the weeks after Tuesday’s midterms, according to three Trump advisers and a Republican Party operative familiar with the former president’s deliberations. He has been calling his donor base to inform loyalists of his thinking and solicit feedback.

The precise timing and nature of an announcement is unclear. One source close to Trump said that it could come in the two weeks after the Nov. 8 elections. Another adviser said it was more likely to happen after Thanksgiving — perhaps not until early 2023.

“I will very, very probably do it again…Get ready,” Trump said at a rally Thursday night in Iowa.

Taylor Budowich, a spokesperson for Trump, said he’s “not commenting on the never-ending media speculation and rumors.”

“As President Trump has said, Americans should go vote up and down the ballot for Republicans, and he will continue that message tomorrow night in Pennsylvania,” Budowich said.

In an interview with the conservative Spanish language media outlet Americano Media last Saturday, the former president said he has already made the decision on whether to launch a third run at the White House.

“I have already in my mind made it. But very shortly — and I will be announcing it very shortly,” Trump said. “I’ll be letting people know very quickly.”

Trump backers surmise the former president could box out some potential GOP challengers by being among the first to announce a 2024 run. That strategy may stop some candidates who align themselves closely with Trump, but it’s unlikely to keep Trump’s former vice president, Mike Pence, Florida Governor Ron DeSantis and other potential 2024 aspirants from mounting their own campaigns.

Mike Pompeo, who served as Trump’s secretary of state, told CBS News earlier this year his decision to run would not depend on Trump.

Trump continues to deny the outcome of the 2020 election, which he lost. As recently as last night he told supporters in Iowa he “should never have left” the White House.

Now he appears poised to try to win it back.