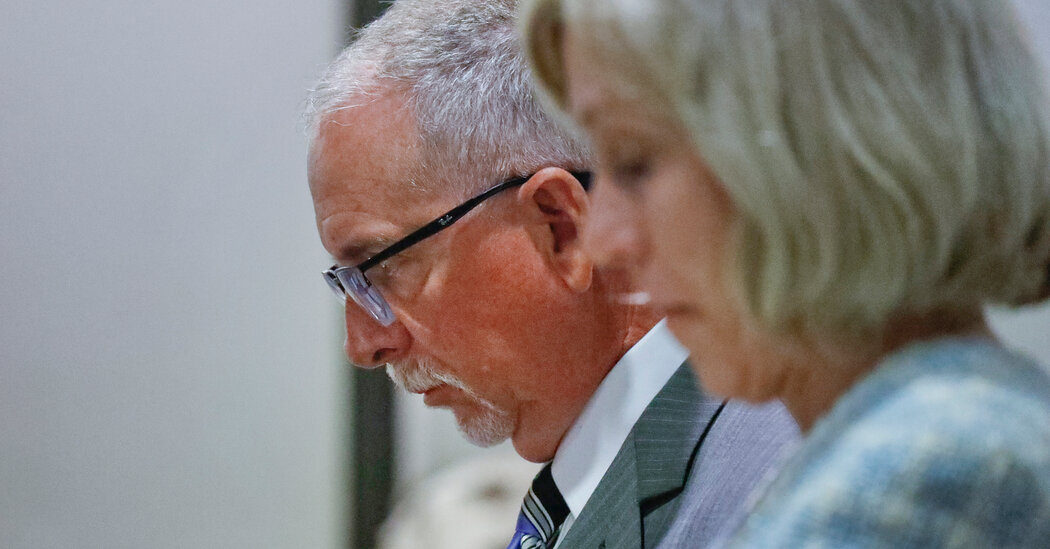 An obstetrician-gynecologist who worked for years at the University of California, Los Angeles, was convicted on Thursday of sexually abusing patients in a case that cost the university hundreds of millions of dollars in settlements and came amid similar accusations against doctors at other universities.

Dr. Heaps faces up to 21 years in prison at his sentencing hearing, scheduled for Nov. 17, according to the office. U.C.L.A. has already paid about $700 million to settle claims of sexual misconduct against Dr. Heaps, who was affiliated with the university in various roles from 1983 to 2018.

In a statement, George Gascón, the Los Angeles County district attorney, thanked jurors “for bringing some measure of accountability to Dr. Heaps.”

“While we respect the jurors’ decisions on the acquitted counts, we are obviously disappointed,” he said in a statement. “I know how challenging such trials can be for all involved and the personal sacrifices that are made so that justice is served.”

The district attorney’s office said it had not made a decision on whether to retry Dr. Heaps on the charges that resulted in a hung jury. Mr. Gascón said, “The trauma Dr. Heaps inflicted on the very people he had sworn to care for is immeasurable.”

John Manly, who represented more than 200 women in civil lawsuits against Dr. Heaps and U.C.L.A., said in a statement that the doctor’s guilt “has been firmly established.”

“The horrible abuse he perpetrated on cancer patients and others who trusted him as their doctor has been exposed and justice was done,” Mr. Manly said in a statement. He added, “This was made possible because our clients and other brave women had the courage to relive their painful abuse in interviews with law enforcement and as witnesses in court.”

Dr. Heaps’s lawyer, Leonard Levine, did not immediately respond to requests for comment on Thursday.

Mr. Levine had said that the exams that Dr. Heaps performed were appropriate and were conducted with female staff members present, according to The Los Angeles Times. He said that Dr. Heaps had been “painted as a monster in the press” when he was actually saving lives.

Dr. Heaps faced allegations that he had used a painful vaginal examination technique, inappropriately touched women during exams, unnecessarily touched a patient’s genital piercing, groped patients’ breasts during breast exams, and made inappropriate sexual comments to patients and employees, according to a May 2020 U.C.L.A. special committee report that reviewed accusations of sexual misconduct in clinical settings.

“U.C.L.A. Health is grateful for the patients who came forward,” it said in a statement on Thursday. “Sexual misconduct of any kind is reprehensible and intolerable. Our overriding priority is providing the highest quality care while ensuring that patients feel safe, protected and respected.”

Dr. Heaps had worked on a part-time basis at the U.C.L.A. student health center from approximately 1983 to 2010, was hired by U.C.L.A. Health in 2014 and held medical staff privileges at the Ronald Reagan U.C.L.A. Medical Center from 1988 to 2018, according to the university.

In 2018, in response to allegations of sexual misconduct against Dr. Heaps, U.C.L.A. removed him from clinical practice, informed him that his employment was being terminated (after which he announced he was retiring) and reported him to the Medical Board of California and law enforcement, the university said.

In February, the university agreed to pay $243 million to settle the claims of 203 women who accused Dr. Heaps of sexual misconduct. That settlement came on top of a $73 million settlement made public in November 2020 that resolved a class-action suit that involved more than 5,000 people who had been patients of Dr. Heaps since the 1980s.

Settlements disclosed in May totaled $374 million to resolve lawsuits involving 312 women. And a subsequent settlement resulted in a $26 million payment to settle 33 individual claims, the university said.

The accusations against Dr. Heaps came as the #MeToo movement helped to cast a light on allegations of sexual misconduct by other doctors on college campuses.

In 2018, Michigan State University agreed to a $500 million settlement with 332 women and girls who said they were abused by Lawrence G. Nassar, the former U.S.A. Gymnastics and Michigan State team doctor, who was sentenced to 40 to 175 years in prison for sexual abuse.

The University of Southern California in March announced that it would pay more than $1.1 billion to former patients of Dr. George Tyndall, a campus gynecologist accused of preying sexually on hundreds of patients in what university officials called “the end of a painful and ugly chapter in the history of our university.”

In January, the University of Michigan announced that it would pay $490 million to more than 1,000 people who had accused a doctor who worked with football players and other students of sexual abuse. The doctor, Robert E. Anderson, who died in 2008, was accused by scores of students of molesting them during physical examinations, many of which were required to participate in athletic programs at Michigan.