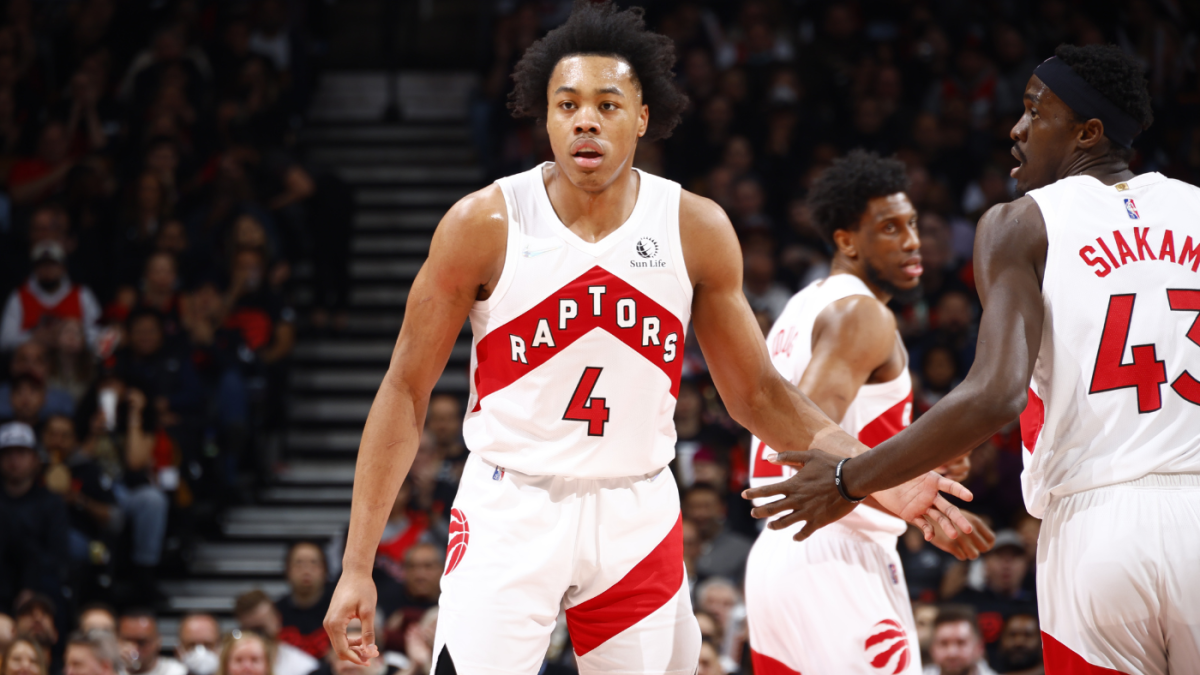 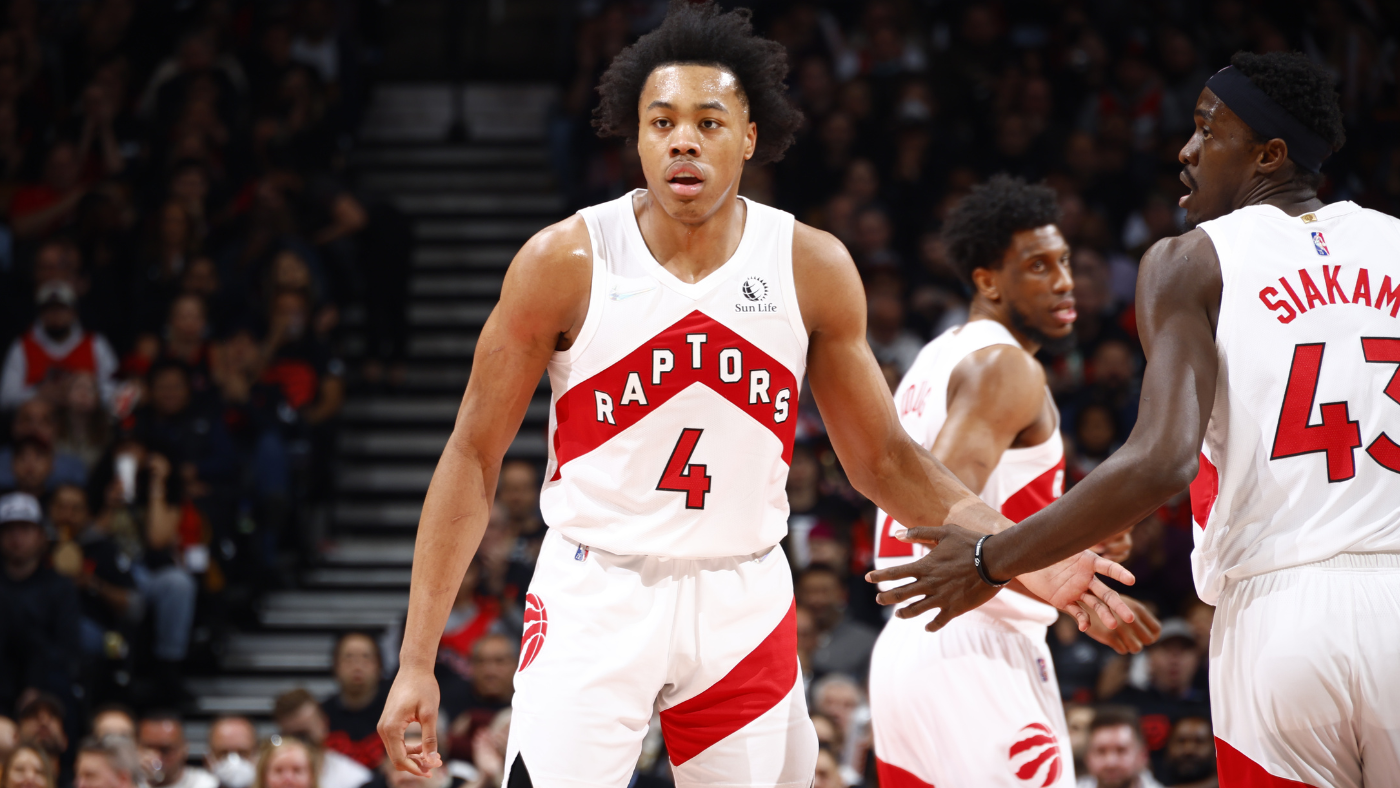 If big-budget blockbusters have taught us anything, it is this: Raptors, brought to life by mad scientists conducting futuristic experiments, are to be feared.

But is this true in the NBA? Just how scary is the team that Masai Ujiri’s front office and Nick Nurse’s coaching staff have been putting together in Toronto?

For opponents trying to run their normal offense, the Raptors’ long arms and quick feet can be pretty terrifying. They pressure ballhandlers, leap into passing lanes with hair-on-fire intensity, mixing up coverages to create a sense of confusion along with the chaos. While most teams use defensive schemes designed to limit rotations, Toronto willingly puts itself into scramble mode. It forces turnovers, indecision and uncomfortable shots late in the shot clock.

Preseason projections, however, don’t paint the Raptors as particularly scary. As of Monday, the day that Ujiri said they have to make a jump this season, their Vegas over/under is 45.5 wins. That number suggests that, after going 48-34 and finishing fifth in the East last season — and figuring that clubs like the Brooklyn Nets and the Cleveland Cavaliers will be better — Toronto is likely to fall into the play-in.

Perhaps that’s selling their talent short. Last season, Fred VanVleet was an All-Star and Pascal Siakam was named All-NBA. Now everybody’s back, Rookie of the Year Scottie Barnes has turned 21 and Otto Porter Jr., fresh off a championship season with the Golden State Warriors, has joined the party.

For Toronto to become more frightening, the formula is straightforward: Improve the halfcourt offense without losing the defense-and-transition dominance that has become its identity. Finding some reliable second-unit lineups would help, too. If those things don’t happen, then avoiding the play-in will be tough.

All eyes will be on Barnes, a precocious passer and prodigious hugger with unreal upside. The more he’s unleashed as a scorer, the more he’ll be be able to create easy looks for his teammates. If he can thrive as the focal point when surrounded by reserves, then he’ll get more playmaking responsibility with the starters.

Barnes shouldn’t be expected to develop everything all at once in his second season. This is a player, however, who sees himself as a point guard, loves the challenge of defending centers and is built like a big wing, the most valuable archetype there is. In a place where positions seem meaningless, Barnes makes the possibilities seem endless.

Raptors believer: Last season’s Raptors were fun. This season’s will be much better. Everybody knows Scottie Barnes is about to be a full-fledged star, but Precious Achiuwa’s ascendance is going to catch people by surprise. He’s not just an extremely good defender; he’s a real offensive threat with an increasingly reliable jumper. And then there’s Otto Porter, a purely additive free-agent signing — he fits the way they play on both ends, doesn’t need the ball in his hands and gives them the extra shooting they desperately needed. I’m in.

Raptors skeptic: Much better? I can’t see them overtaking any of the teams that were front of them in the East last year, with the possible exception of Miami. Brooklyn is going to have its actual team this year, and a couple of teams in Toronto’s tier traded for All-Stars — the Cavs’ offense won’t be terrible now that Donovan Mitchell is around, and the Hawks’ defense won’t be terrible now that Dejounte Murray is around. I loved Porter as a veteran-minimum flier for Golden State; I don’t like him as much as the biggest offseason addition for Toronto, mainly because of his injury history. With such stiff competition, why would anyone be confident that this team will finish above the play-in?

Raptors believer: Continuity! I have so many questions about the teams you mentioned, but I know who the Raptors are. More importantly, they’ve bet on themselves, FVV-style. They know how to execute all of Nick Nurse’s defensive schemes, and they know they need to crash the glass, push the pace and muck things up. Splashy moves aren’t necessary when you have a track record of internal improvement. Gary Trent Jr. is 23, coming off a career year at both ends, and the trio of Pascal Siakam, Fred VanVleet and O.G. Anunoby just keep getting better. Siakam said at media day that he wants to be a top-five player in the league!

Raptors skeptic: Maybe they’ll start the season stronger than some of the teams that made major changes, but I’m more interested in how they stack up down the stretch. I’m also curious what kind of development you expect to see from all these guys. The Raptors’ halfcourt offense ranked 26th last year, partially because they didn’t have enough shooting, partially because they couldn’t get to the rim or the free throw line. Barnes’ upside is obvious, but, unless he’s transformed into a deadeye shooter over the summer, the full-fledged star turn is probably not happening in Year 2. I’m intrigued by Achiuwa, but I need more than a two-month sample to buy the jumper. Am I supposed to believe that Siakam is going to come back a 45-percent spot-up shooter and Trent is going to come back a downhill driver? Some of this is stuff within the realm of possibility, but so is a bit of stagnation or regression.

Raptors believer: I’m not saying the Raptors are definitely going to have home-court advantage in the playoffs. I just think it’s a realistic outcome. They had the second-best defense in the NBA over the last 25 games of the season, and they’re only perceived as a second- or third-tier team because they were almost always banged up. Their offense would have been better than league-average if their five best players had logged more than 345 minutes together over 21 games, and it took three of those guys getting hurt — plus a crazy game-winner in overtime from Joel Embiid — for them to fall down 3-0 against Philadelphia. I love the Porter signing not just because he strengthens the second unit, but because he can easily slide into the starting lineup if anybody’s out.

Raptors skeptic: I’d more convinced that the Raptors were some kind of sleeping giant if that VanVleet-Trent-Anunoby-Barnes-Siakam lineup had been good. That group had no problem getting stops, but it scored less efficiently than the Rockets’ most-used starting lineup, with the exact same point differential. I can totally imagine the offense being less ugly this time around, but it probably won’t be beautiful. Opponents will zone up, pack the paint and send extra defenders at Siakam and VanVleet.

Raptors believer: Yeah, opponents will try all of that, but the Raptors will be prepared for it. Siakam and Barnes developed some nice chemistry over the course of last season, and if you don’t think they’ve been working on catch-and-shoot 3s, you’re crazy. Besides, there doesn’t have to be some drastic change for the team to get better offensively — simply taking fewer midrange shots and earning more free throws would go a long way. As long as the second-chance points and transition points are still there, Toronto doesn’t need to be elite in the halfcourt.

Raptors skeptic: Yeah, yeah, I get it. Long-armed 6-8 guys, deflections, offensive boards, weird defenses, fast break points. The Raptors certainly have an identity. But simply not having a 7-footer on the roster isn’t revolutionary, and it might mean that they wind up in another series against the Sixers, wishing Marc Gasol were still around. As much as I like watching their weird lineups with like-sized guys flying all over the place, there’s a pretty hard ceiling here unless Barnes makes an enormous leap. The best teams in the East have more depth, more shooting and, crucially, more high-end talent. If they’d managed to trade for Kevin Durant, this would be a different conversation, obviously.

Raptors believer: I’ll have you know that Christian Koloko is 7-foot-1. He might be really good, by the way — he blocks shots, plus he can move his feet pretty well and has a nice stroke. It’s telling, though, that I kind of doubt he’s going to break into the rotation. Chris Boucher and Thaddeus Young decided to stick around, and, after seeing Juancho Hernangomez hit a zillion 3s in the EuroBasket Final, I’m not sure how the coaching staff will be able to keep him off the floor. I admit this team has some weaknesses, but depth is not one of them. As for Durant … actually, no, not taking the bait. When the Raptors have beaten all of these teams with supposedly superior talent, please follow up with me about their ceiling.

Raptors skeptic: You’re “not taking the bait” about Durant, but you want me to take your Hernangomez stuff seriously? Come on. Anyway, I won’t be surprised if the Raptors do beat every single title contender at some point during the regular season. They’re an annoying team to play against, particularly if you’re tired or not quite as connected as you’d like to be. I don’t trust them to take care of business against every middling team, though, and I definitely don’t see this style working the same way in the playoffs.

Did the Raptors need to add a big man? It probably depends on how you define the term. If Young counts, then they’re overloaded with bigs already. If a big must be 7 feet tall and/or be able to wrestle with Embiid one-on-one, then they don’t have any of them.

Koloko, picked No. 33 in the draft, might not have the heft to hold his own in that matchup just yet. But he’s enormous, and if he can simply roll hard and catch lobs, he will give Toronto a different look.

“We’ve been asking for a big,” VanVleet said at media day, laughing. “And we got one. Listen, he can really run, he’s athletic, he really knows how to play, he listens, he asks questions.”

The Raptors weren’t going to draft just any extremely tall guy. After dalliances with Aron Baynes and Alex Len in Tampa Bay, the front office has steered clear of the kind of centers who could compromise their style on defense. The promise of Koloko is that he’s a rim-protecting 5 who can move.

The 22-year-old could be the kind of center who can execute every type of coverage and blow up plays all over the floor. Players like that shouldn’t be available in the second round, but if it turns out that Toronto has found a gem, it wouldn’t be the first time.

Siakam, Barnes, Anunoby, Achiuwa, Young, Boucher and Birch are all between 6-7 and 6-9. When four or more of them shared the court last season, the Raptors scored 114.7 points per 100 possessions, which is roughly equivalent to a top-three offense, and allowed 107.4 per 100, which is roughly equivalent to a top-four defense. These are encouraging numbers for the future of longball, interchange-a-ball, Vision 6-9 or whatever you’d like to call it.