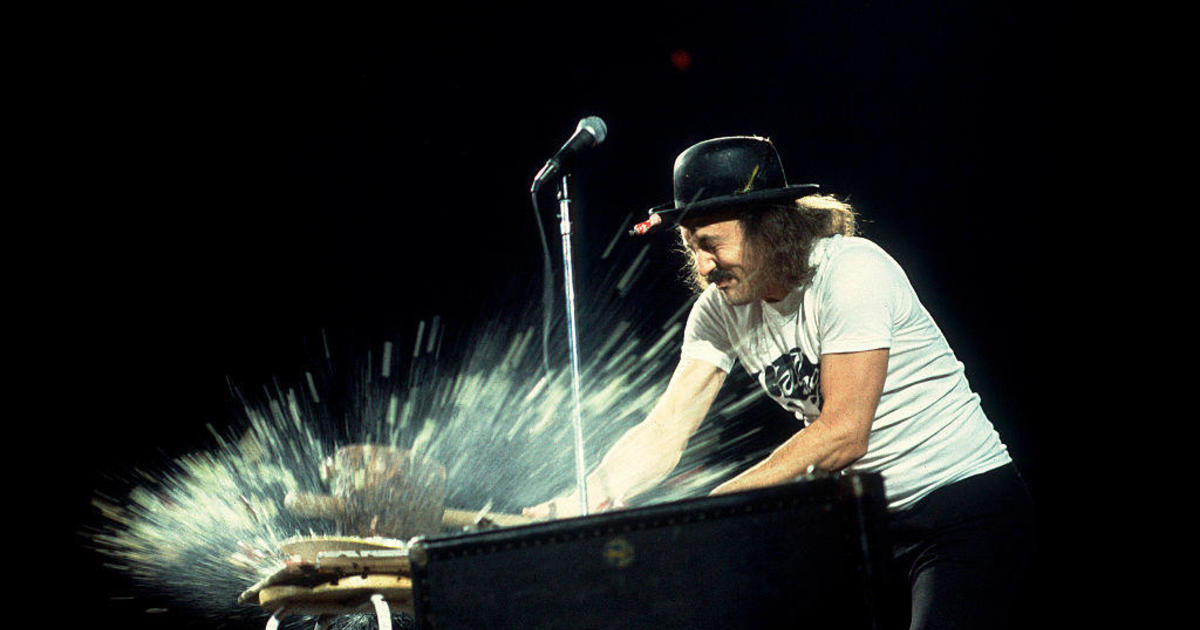 Comedian Gallagher died on Friday, CBS News has confirmed. He was 76.

The news was shared by Gallagher’s manager, Craig Marquardo, in a statement.

“After a short health battle Gallagher, born Leo Gallagher, succumbed to his ailments and passed away surrounded by his family in Palm Springs, California,” Marquardo said. The comedian had also experienced “numerous” heart attacks in the past, Marquardo said.

Gallagher credited himself with “physically engaging the audience” with his most popular bit, where he used a “hand-made sledgehammer he dubbed the ‘Sledge-O’Matic'” to smash food onstage and spray it into the audience.  Marquardo also said that the comedian was known for his “edgy style, brilliant wordplay, and inventive props.”

The comedian rose to fame in 1980 with his comedy special “An Uncensored Evening,” the first comedy stand-up special ever to air on cable television, according to Marquardo’s statement. Gallagher went on to do 12 more stand-up specials for Showtime over the next 27 years, a record only beaten by George Carlin, and was ranked the “#1 comedian in America for 15 years.”

“While Gallagher had his detractors, he was an undeniable talent and an American success story,” Marquardo said.

Gallagher’s specials also aired on MTV and he spent decades doing road tours of the United States. In 2011, he had a heart attack happened mid-show in Minnesota, and in 2012, he collapsed before a Texas performance and was placed in a medically induced coma.

“He was pretty sure he held a record for the most stand up dates, by attrition alone,” Marquardo said. Gallagher toured “steadily” until the start of the coronavirus pandemic in early 2020.

The comedian was also a father of two: He had a son Barnaby and daughter Aimee, who appeared in his specials at a young age.