Garrison Keillor talks about #MeToo and a return to Lake Wobegon 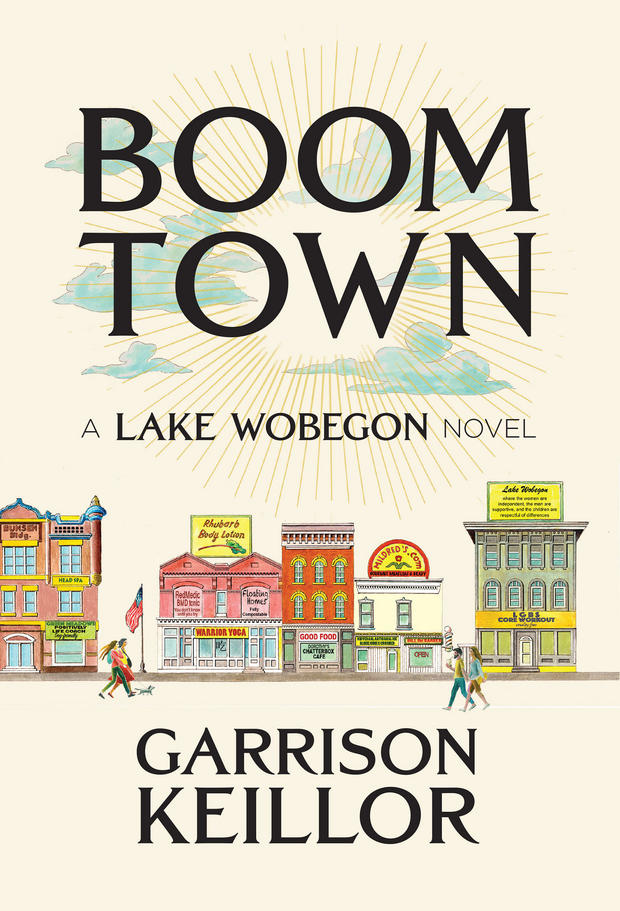 The crowd at the Buell Theatre in Denver, Colorado earlier this month traveled from all over to see a reunion of “A Prairie Home Companion,” the show Garrison Keillor hosted on public radio for some 40 years. One woman described Keillor as “very missed. Glad to be here tonight.”

The night would mark the return of renowned Keillor characters, like “Guy Noir, Private Eye”; of the show’s imaginary sponsor (“Powdermilk Biscuits in the big blue box”), and of nostalgic tales from the fictional Lake Wobegon.

At its peak, “A Prairie Home Companion” reached more than four million listeners on more than 700 public radio stations.

Keillor retired from the radio show in 2016. “It’s a comfort to become a tourist in old age … and enjoy my irrelevance,” he wrote in his recent book, “Serenity at 70, Gaiety at 80.”

He will become an octogenarian in August.

“it’s a great age,” Keillor told CBS News’ Anthony Mason, “because you lose your ambition, but you still love your work. And this is such a blessing.”

Keillor has never stopped writing. In his latest Lake Wobegon book, “Boom Town,” the author returns to the community he invented: “And the people who live there correct me on the details: ‘Why did you take such a sunny view of life in Lake Wobegon? You know, you left out adultery; you left out drunkenness and corruption. Why did you do that?'”

Mason asked, “How do you answer when they say, ‘You left out the alcoholism and the adultery’?”

“I accept being corrected. I appreciate correction.”

But Keillor’s plans for aging gracefully have been clouded by #MeToo accusations that surfaced just after his retirement.

He said, “#MeToo was a very noble undertaking, you know, to fight bullies. There are bullies, and I’m in favor of fighting them. I’m not one myself.”

“You’ve said, basically, that you felt you were ‘the victim of an injustice in a good cause.'”

“Well, I wouldn’t use the word ‘victim,'” Keillor said. “I’ve met too many people who really are victims, and I am not.”

In the fall of 2017, Keillor was accused of sexual misconduct by a female colleague. Minnesota Public Radio, the distributor of his show, cut ties with Keillor “effective immediately.”

Mason said, “There are some people who are gonna be not happy that we’re even here sitting, talking to you.”

“I don’t know. That’s going to be your problem!” Keillor laughed.

Five years later, he is making no apologies.

“There are some people who felt they didn’t see, on your part, enough reflection or regret. What would you say to that?” Mason asked.

“I can only tell what I honestly feel,” said Keillor. “It was a mutual flirtation. There was no kissing, there was no hugging, there was – I mean, it was, you know, a sort of flirtation that thousands of people did before me. And I hope they take my case as a warning, that you should not.

Mason said, “You could argue, based on the emails that you released, that it was more than a ‘friendship.'”

“Well, call it what you will.”

“What would you call it?”

But Minnesota Public Radio found a pattern of improper behavior after the woman, a researcher for the show, accused Keillor of “dozens of sexually inappropriate incidents.” She also accused him of three instances of unwanted touching, according to the Minneapolis Star Tribune.

In his defense, the married Keillor shared hundreds of emails with the woman with the newspaper. “In one,” they reported, “he imagined them having sex on an airplane. Later, he imagined them naked in bed in his hotel room. She replied that ‘the image of us lying together is sweet.'”

Before a settlement was reached, the woman told the Associated Press through her attorney that Keillor was her “mentor and employer,” adding, ‘He had power over me. Every time I said ‘no’ or tried to avoid him, I feared I was saying ‘no’ to my future.”

In a new statement to CBS News, her attorney said, “Our client disputed assertions that there was a mutual attraction or consent.”

Keillor told Mason, “I would have been grateful if an angry person had walked up to me and said, ‘This is what you did to me. This was the effect that it had on me.'”

“Do you think you crossed the line in any way in that relationship?” Mason asked.

“But do you think you did?”

Keillor reached a settlement and signed a confidentiality agreement. But, he said, “It was a dreadful, dreadful mistake. A person should never sign away your right to tell your side of the story.”

Perhaps his greatest anger, though, was directed at Minnesota Public Radio. “I worked for the company for 40 years, and I was dismissed with a phone call,” said Keillor. “The phone call took about a minute-and-a-half. There was no ‘thank you,’ you know. But I had already retired, so that makes it easy.”

“But you lost your book deal?” Mason asked.

“You lost your newspaper column.”

Keillor does not spend much time in his native Minnesota anymore; he thinks of New York City as home. “It’s where my wife wants to be,” he said.

He does occasional one-man shows, mostly in smaller cities. #MeToo issues don’t seem to deter his audiences. One fan at the Denver show said, “I do not doubt part of the accusation. But I completely doubt the punishment fit the crime. Absolutely not.”

Another man said, “Everything’s got a season, but his season ain’t done yet.”

Mason said, “I guess what I’m asking is, do you feel like you’ve been unfairly tarred by this?”

“I’m not taking a poll about my reputation, my public image or anything,” Keillor replied.

“I don’t. I have friends and family, and there are a certain number of people who still love to come out and hear about Lake Wobegon. And that’s enough. What more does one want?”

“That’s the news from Lake Wobegon, where all women are strong, all men are good-looking, and all the children are above average.”