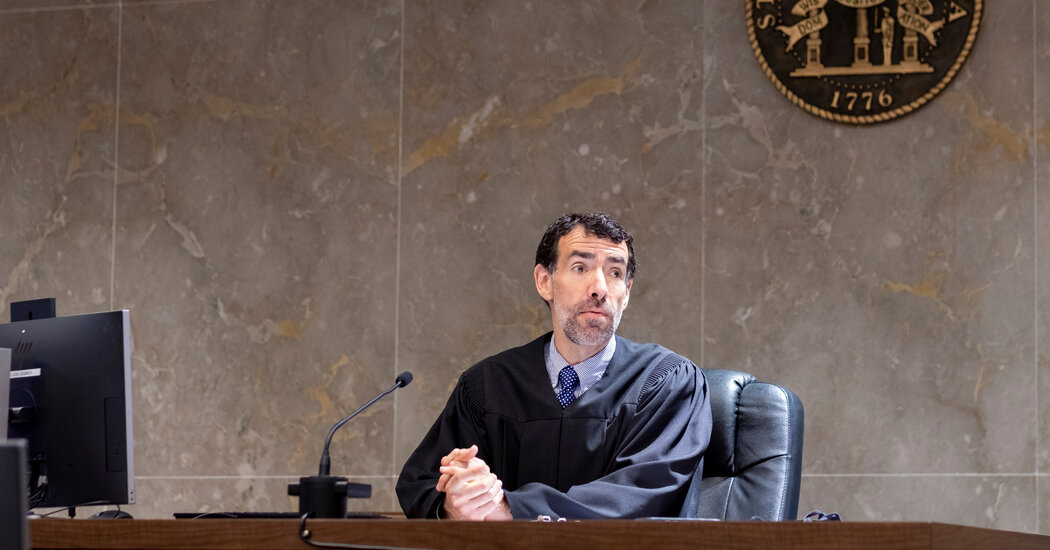 A Georgia county judge on Tuesday blocked the state’s ban on abortions after six weeks of pregnancy, saying the law was unconstitutional when the state legislature approved it in 2019 — more than three years before the U.S. Supreme Court revoked the constitutional right to abortion.

The county judge’s rulingwill allow the immediate legal resumption in the state of abortions performed after the sixth week of pregnancy — a time when most women have not yet even realized they are pregnant.

Judge Robert C.I. McBurney of the Fulton County Superior Court wrote in his order that the six-week ban was enacted when “everywhere in America, including Georgia, it was unequivocally unconstitutional for governments — federal, state, or local — to ban abortions before viability.”

Because the law was enacted before the U.S. Supreme Court overturned its 1973 decision in Roe v. Wade, the judge wrote, the ban must be evaluated using a 2019 lens.

Judge McBurney wrote that the six-week ban “may someday become the law of Georgia,” now that lawmakers are operating in a post-Roe legal environment, but the existing law was enacted in violation of the U.S. Supreme Court precedent.

The decision comes a week after the country’s midterm elections, in which the abortion issue played a key role — especially in Georgia, where a tight U.S. Senate race between a Democratic incumbent, Raphael Warnock, and a Republican challenger, Herschel Walker, heads to a runoff.

In Georgia, abortion was front and center in the Senate campaign. Two women have said that Mr. Walker urged them to have abortions, and in one case paid for the procedure. Mr. Walker, who denies the claims, has said he supports the state’s abortion ban. Mr. Warnock has said he supports abortion rights as outlined in Roe v. Wade, which said that a woman had the constitutional right to end her pregnancy until the fetus could survive outside the womb, which generally becomes true at around 23 weeks. The U.S. Supreme Court eliminated that right in June.

The Georgia ban took effect in July, roughly one month after the Supreme Court decision allowed states to ban or impose further restrictions on abortions.

During the two-day trial in the Georgia case last month, abortion-rights advocates and providers highlighted the dangers of giving birth in Georgia, where they said the maternal death rate is among the worst in the nation.

Though the state law bars abortions generally after the sixth week, it allows providers to perform an abortion later if the pregnancy poses an immediate threat to the life of the mother, or if the pregnancy threatens “the substantial and irreversible physical impairment of a major bodily function of the pregnant woman.”

Julia Kaye, an attorney representing Georgia abortion providers and advocates, argued against the state’s ban, saying that the goal of protecting a fetus does not give the government “a free pass to impose this tremendous intrusion onto Georgians’ lives, bodies and health.”

“We have the ability with our medical care today to drastically decrease the number of these maternal deaths, right now, without resorting to abortion,” said Ed Trent, an attorney representing Georgia.

In his opinion, Judge McBurney said that the Georgia legislature “may debate whether the rights of unborn children justify such a restriction on women’s right to bodily autonomy and privacy.”

Ms. Kaye welcomed Judge McBurney’s ruling as a “sigh of relief” for Georgia residents, but she warned that the suspension of the six-week ban was not a long-term solution for protecting abortion access in the state.

“Today’s decision was a victory for justice, compassion, and medicine, but we know Governor Kemp will keep trying to put his cruel ban back into effect,” she said. “We won’t stop fighting until every person has the power to decide if and when to have a child, in Georgia and across this country.”