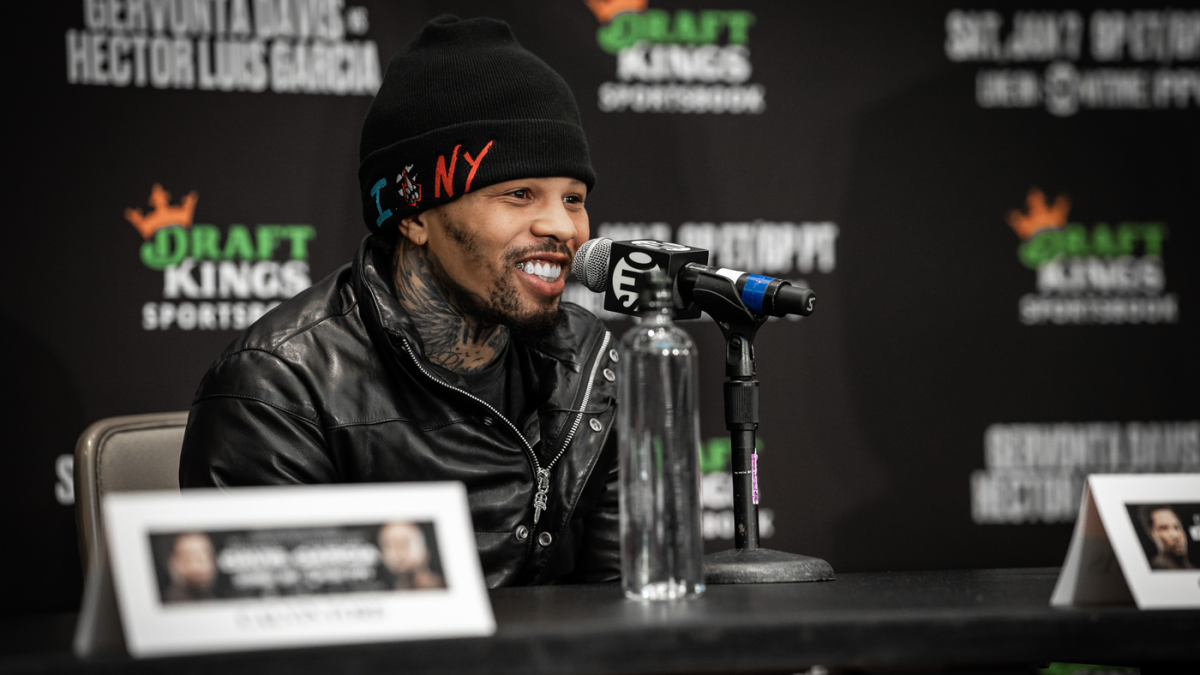 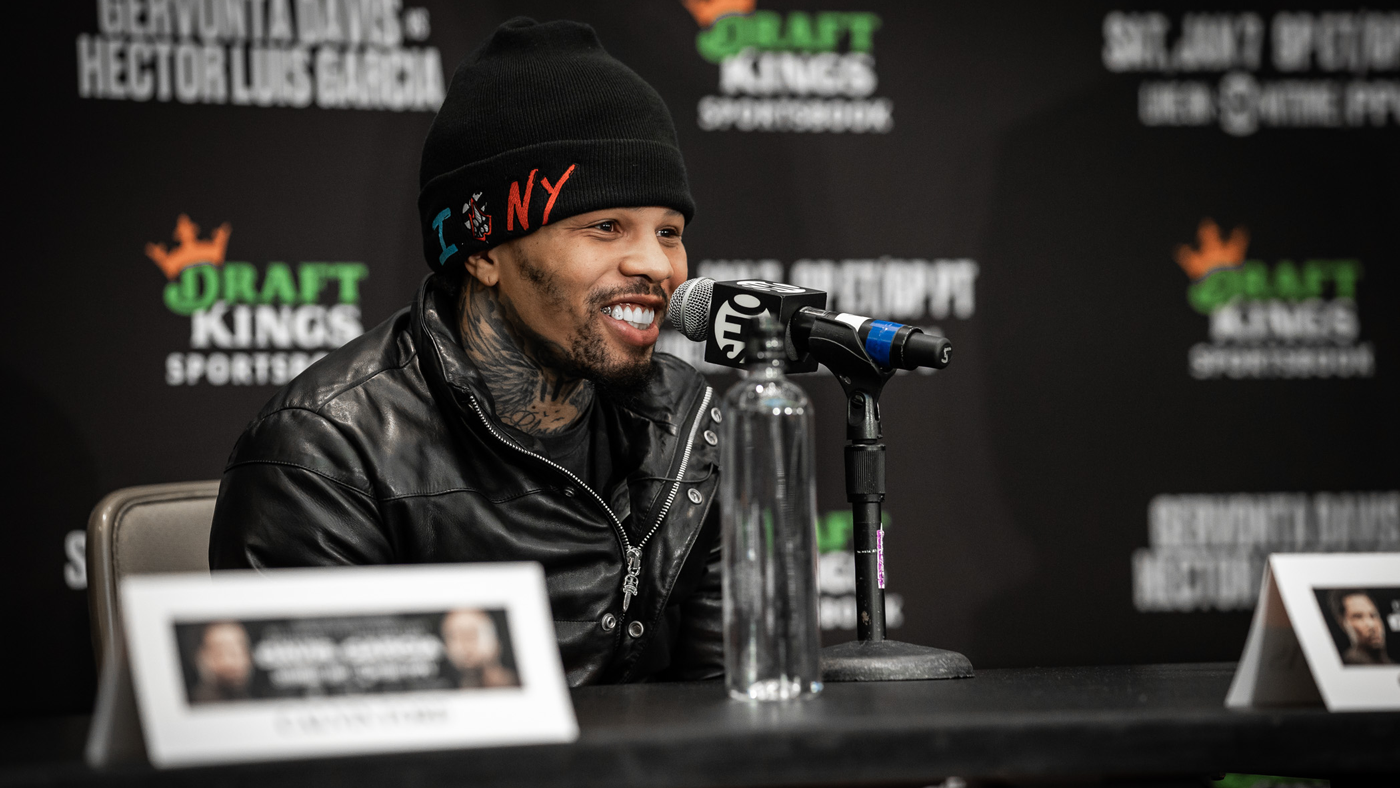 Of all the various pre-fight narratives entering Saturday’s Showtime pay-per-view card in Washington, D.C, headlined by the return of Gervonta “Tank” Davis, few have been able to find airspace following the power-punching star’s arrest for misdemeanor domestic battery just one week out from the fight.

Davis (27-0, 25 KOs), who is set to face 130-pound titleholder Hector Luis Garcia (16-0, 10 KOs) in a lightweight main event, spent a night in prison and was released on $1,000 bail after being accused of striking the mother of his daughter with a closed-fist slap in Parkland, Florida, where the fighter was training.

Reactions to the troubling arrest, yet another in a string of legal setbacks for the 28-year-old Baltimore native, began to change somewhat when his accuser publicly backpedaled and admitted she shouldn’t have called police and that Davis never actually touched her or their daughter. The charges, however, have yet to be dropped.

Considering Davis is set to face trial in February on 14 counts surrounding a 2020 hit-and-run accident and was already facing two misdemeanor battery charges after being caught on camera striking a different woman earlier that year at a charity basketball game, it was understandable how little benefit of the doubt was given to the multi-division champion. But after much deliberation involving the network and promoters about whether to cancel the event, the fight will go on as planned inside Capital One Arena.

Instead of focusing on whether Davis is overlooking his current opponent given the April blockbuster against rising star Ryan Garcia that has already been agreed upon, the narratives have somewhat justifiably turned against “Tank” and his character.

Are the powers that be enabling a troubled star with a consistently checkered past or has Davis become an easy target for trouble in ways he can’t avoid and aren’t always his fault? And, wait a second, are we sure he should really be fighting this weekend?

Among the more overshadowed narratives, however, is the one about Davis taking his career into his own hands and standing on his own from a promotional standpoint, which creates an interesting parallel to explore regarding how Davis might handle the distraction that outside-the-ring trouble can have on the job at hand.

After rising to stardom under the banner of Floyd Mayweather and his eponymous promotional company, Davis recently parted ways. The onus for Davis, it appears, had more to do with wanting to match himself tougher, but rumors had long persisted about the sometimes volatile relationship between the mentee, Davis, and the mentor, the five-division champion Mayweather.

While Davis still credits Mayweather with helping grow his brand at such an infantile stage leading up to today, where “Tank” regularly sells out arenas from coast to coast in the United States, there’s one piece of potential wisdom from Mayweather that Davis might be most in need of during such a difficult time.

Along with his electrifying speed and sublime technical skill, an often overlooked ability that went a long way in helping Mayweather stay undefeated throughout his legendary career was his mental toughness and, in particular, his ability to compartmentalize the stress and chaos that was regularly going on around him outside the ring in order to remain focused inside of it.

From that standpoint, Mayweather was as unflappable as any boxer the sport has ever seen.

Even with his own looming prison sentence in 2012 for domestic assault in front of his own children, Mayweather was able to keep his poise enough to handle a determined Miguel Cotto in order to keep his perfect record intact. Mayweather, who was incredibly never phased physically by long layoffs between fights, was able to regularly maintain an almost zen-like demeanor when things got hairy during fights, including when a riot broke out mid-fight in 2006 against Zab Judah and when Shane Mosley badly hurt him twice in Round 2 of their 2010 fight.

If the few, soft-spoken words Davis shared at Thursday’s final press conference were any indication, his focus appears to be on point for the moment.

“These are just bumps in the road that we all have in life,” Davis said. “I’m just human.”

From the outside looking in, it appears as if Davis going solo, even amid such a volatile time in his career arc, is a good thing. In fact, Mayweather has been accused so often of stealing too much of the spotlight from Davis by simply appearing alongside him in public and answering questions for him to the media that it’s good to see Davis attempt to stand on his own.

But even though Davis no longer has the wisdom of someone as accomplished as Mayweather to reach out to during such a key time, he does have a father figure in his corner when it comes to trainer Calvin Ford, who made an interesting prediction at the press conference.

“It has been a rocky camp, y’all. But guess what? This ain’t no tuneup right here. This is a fight. This is what we are made for. This is how we get down,” Ford said. “All this stuff that has been happening, y’all have been pouring gasoline on my youngin’. Guess what? Buckle up your shoes, put your seatbelt on because Gervonta ‘Tank’ Davis is going to bring the heat that night.”

Standing on his own also means accepting sole responsibility for his actions, which is something Davis will need to continue to do, regardless of whether the court of public opinion has already declared him guilty. And the onus will be on him to employ a Mayweather-like level of focus in order to handle the challenge of the upset-minded Garcia on Saturday and maintain hope of an even bigger fight in three months against an altogether different fighter with the same last name.

“There has been a lot of talk from other fighters and what not,” Davis said. “This one will put them on notice with this fight. I can’t get the Ryan fight until I get past Hector and I want to show that I’m one of the elite guys by the performance I put on Hector.”