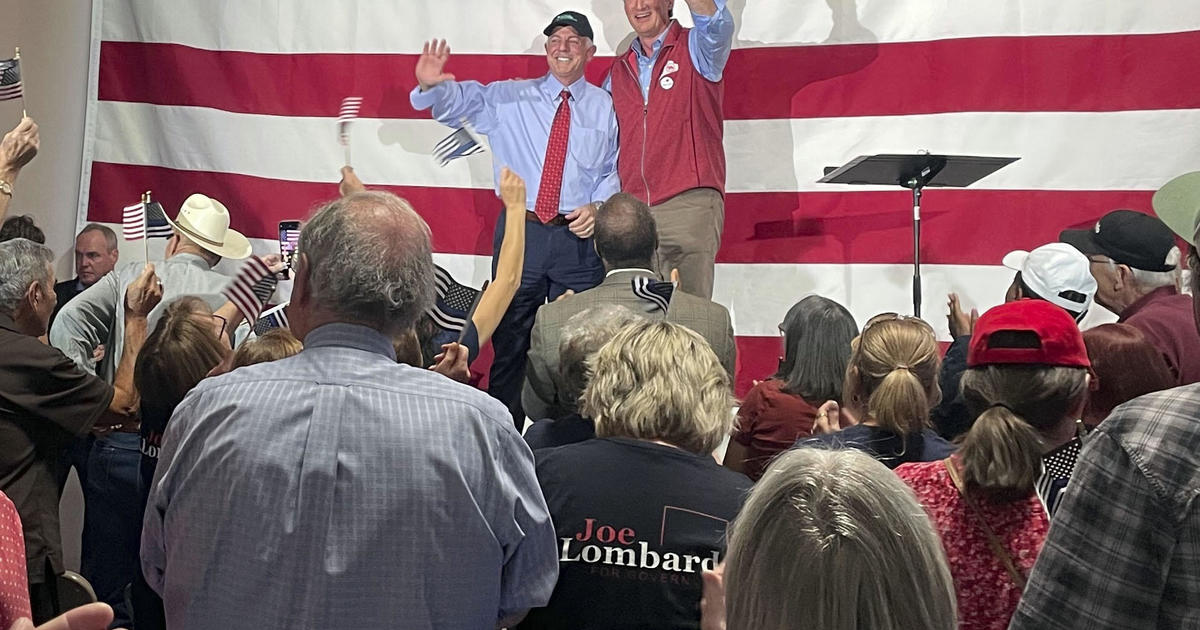 Glenn Youngkin may be the governor of Virginia, but like many other ambitious Republicans, he is spending time this election season outside his home state helping out fellow GOP candidates as he mulls a potential 2024 presidential bid.

Youngkin is set to headline a rally for Georgia Republican Gov. Brian Kemp on Sept. 27, aides to the Virginia governor tell CBS News. The event will be held in Alpharetta, Ga., a city in the northern, Republican-heavy reaches of metro Atlanta.

The scheduled stop in Georgia comes a few weeks before he’s expected to campaign for Kari Lake, the Arizona GOP gubernatorial nominee. By appearing this fall alongside Lake – who openly embraces former president Donald Trump’s false theories about the 2020 presidential election results –  and Kemp, who famously defied the former president and defeated a Trump-backed primary challenger in June, Youngkin is once again trying to bridge his party’s disparate factions – and may end up being one of the few GOP officials to do so this year.

Youngkin pulled off a come-from-behind gubernatorial victory last year by relentlessly focusing on education policy, an issue that became top-of-mind in a state where pandemic-related lockdowns had upended school schedules and led to several emotionally charged school board meetings that earned national attention. He also successfully bridged the GOP’s ideological and stylistic divides by accepting an endorsement from Trump and allowing the former president to voice his support, but never appearing with him on the campaign trail.

Already this year he’s campaigned with Tudor Dixon, the GOP nominee for governor in Michigan who also embraces Trump’s baseless theories about the 2020 election, and he helped raise money for Joe Lombardo, a GOP candidate for governor in Nevada, last week. Aides say his travels will take him to Kansas, New Mexico and Oregon in the coming weeks.

The ongoing national travel places Youngkin among dozens of Republican officials taking steps to prepare for a potential presidential campaign, especially if Trump forgoes another run. The former president continues to hint at an announcement sometime this fall while making preparations with his political team despite facing several ongoing state, federal, and congressional probes regarding his family’s company, his ties to Jan. 6 insurrection organizers and his possession of sensitive government documents at his Florida estate.