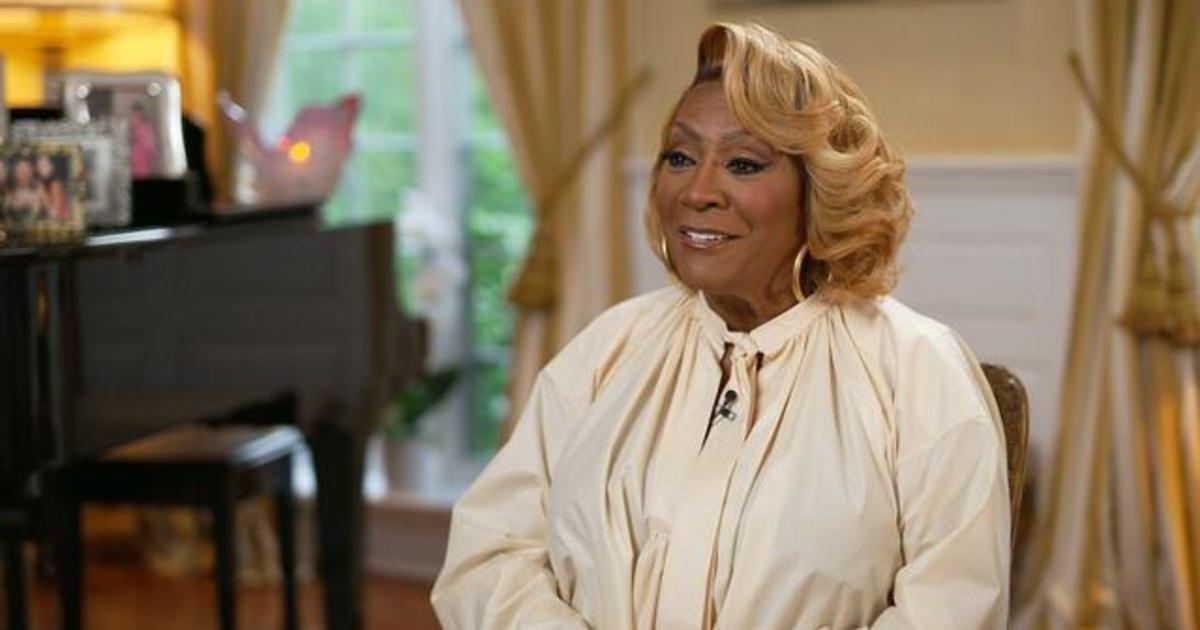 Singer, actress and entrepreneur Patti LaBelle says she isn’t a big star yet — and is still “going to climb higher.”

“As far as me being that real super, super, super superstar woman, I’m not there yet,” the award-winning performer told CBS News.

But she said she’s “pleasant” and happy with who she is: “I’m ecstatic. I love the Patti LaBelle that’s here now.”

She’s been touring for 11 months this year.

“A lot of people, when they meet me, they say ‘Are you still working? Are you still touring?’ I said, ‘Google me, boo,'” LaBelle said. “I’m always on the run. I’m booked, and busy and blessed.”

LaBelle’s steps to stardom began at church when her mother made her go to choir rehearsal after hearing her voice. She recalled having stage fright at the time, and said she didn’t want to sing with other people.

“Once I got there, the choir director says, ‘You should be a lead singer,'” LaBelle recalled.

The two-time Grammy-Award winner said she’s “very shy” to this day, adding that she becomes “a whole ‘nother Patti” on stage.

The performer went on to become the lead vocalist for Patti LaBelle and the Bluebelles, which rose to national acclaim performing at the Apollo Theater in New York City. Then the group LaBelle was formed, including members Nona Hendryx and Sarah Dash. By 1975, the girls had a hit song on their hands with “Lady Marmalade.”

“I knew it was a hit never knowing what it meant though,” LaBelle said of the classic song that features lyrics in French.

LaBelle later became the first Black group to play at New York’s Metropolitan Opera house and the first to ever be on the cover of Rolling Stone magazine.

She said she embraces her referenced “godmother of rock and soul” title.

Now, the singer has made her mark in the food world with her viral sweet potato pies from her brand, Patti’s Good Life. She plans to expand the brand to include breakfast items inspired by her grandchildren.

When she isn’t cooking, fans can catch her acting in shows and movies like “Greenleaf” or “American Horror Story.” LaBelle said she also has an upcoming album featuring “a lot of surprises.”

Jericka Duncan is a national correspondent based in New York City and the anchor for Sunday’s edition of the “CBS Weekend News.”