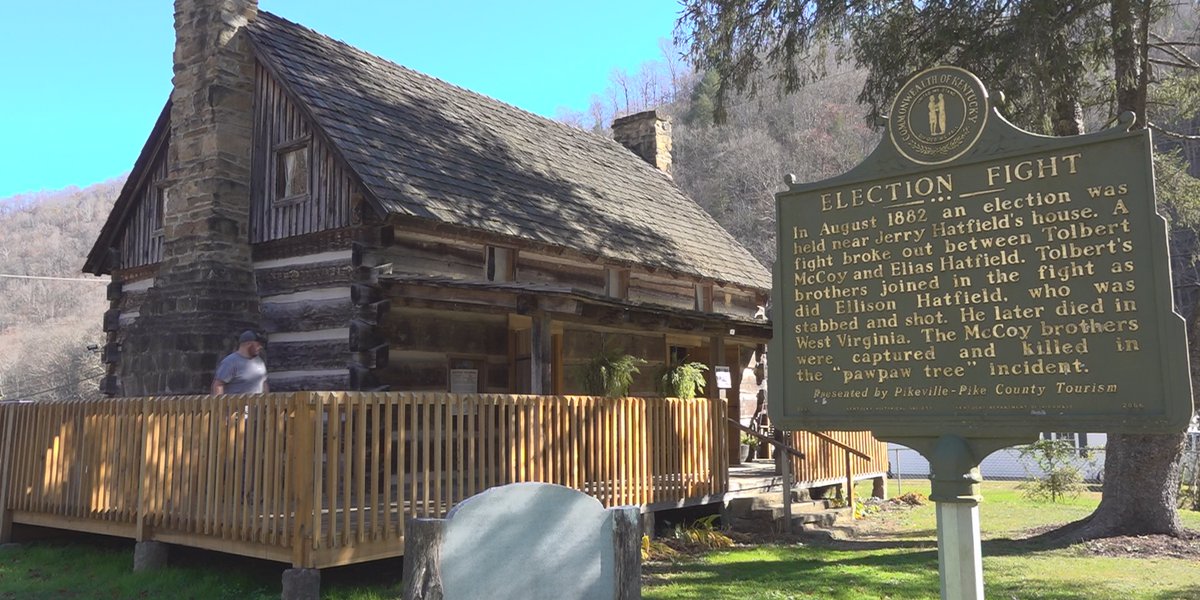 MCCARR, Ky. (WYMT) – The infamous Hatfield & McCoy Feud has fueled tourism in the Pike County area for decades. Now, historians hope to use a piece of the storied past to build upon the area’s future.

After more than 140 years, the “Hog Trial Cabin” opened its doors to a local election. Tuesday, the cabin became a polling place in the McCarr community, inviting locals to fill in their ballots in the same area where Ellison Hatfield was killed during an election in 1882.

“Can you imagine, back in the day, voting at this site? Coming across these mountains- we didn’t have roads- it was horseback and coming through the creeks,” said Bob Scott, descendent and tourism advocate with Pike County Tourism.

Local historians say the building has likely not served as a political pop-up since Hatfield’s death.

“But this brings so much opportunity to this area for tourism,” said Hatfield. “And actually for this local community- to be able to use this site to vote.”

The spot, while serving as a time capsule for area history, will now be a steppingstone toward the future. Scott said he hopes to see more voters turning out to the precinct, either because of its convenience or because of the character the building holds.

“And they love the story of the Hatfields and McCoys. And it’s something that we need to take pride in,” he said. “It’s something- a story that we have that no one else has.”

Scott said he was impressed by the voter turnout and he hopes it means good things for community involvement.