“He was relentless”: Friends and heroes of late Foo Fighters drummer Taylor Hawkins honor his legacy at tribute concert 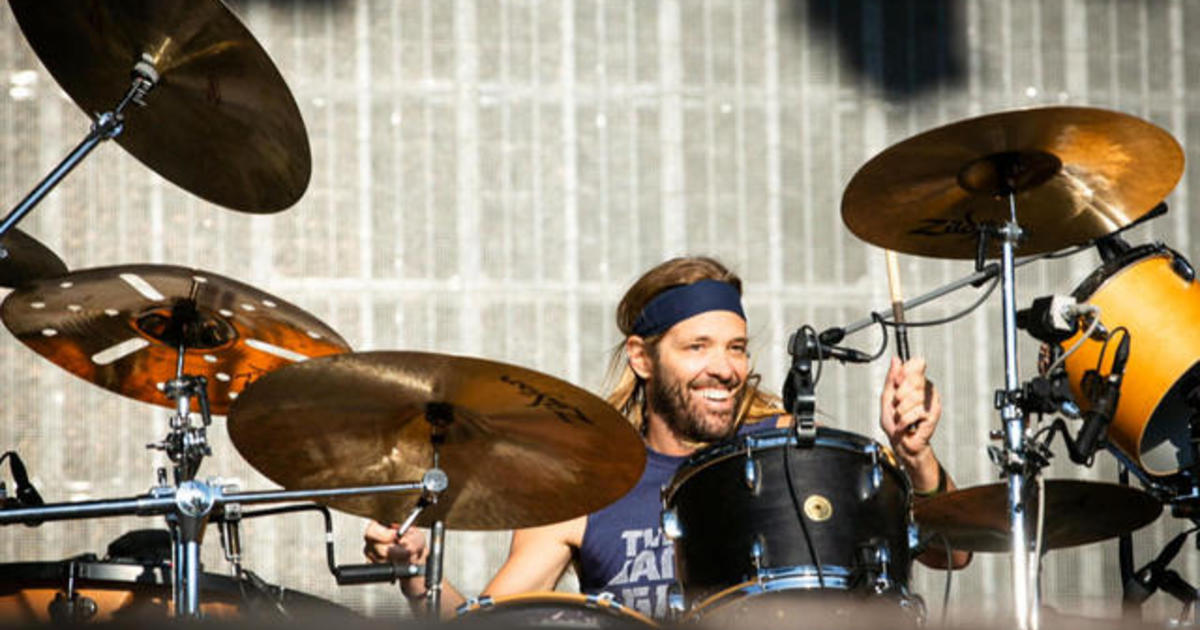 More than 75,000 fans packed Wembley Stadium Saturday night to honor the life and legacy of the late Foo Fighters drummer Taylor Hawkins at an all-star tribute concert. Hawkins, 50, died earlier this year while on tour in Colombia.

DJ, songwriter and producer Mark Ronson, who had asked Hawkins to play drums on a song he was producing for King Princess, called the emotional six-hour performance “one of the greatest rock and roll shows ever assembled.”

“We love you, Taylor,” Grohl shouted to the crowd.

In March, Hawkins was found dead in his hotel room in Bogotá shortly before his band was scheduled to perform in the city. A day later, Colombia’s attorney general said Hawkins had 10 different substances in his system when he died, including marijuana, opioids, tricyclic antidepressants and benzodiazepines.

Nile Rodgers, cofounder of the music group Chic, was opening for the Foo Fighters in Colombia the day Hawkins died. On Saturday, Rodgers broke off from his tour to be part of Saturday’s tribute.

Luke Spiller of the Struts, who also opened for the Foo Fighters back in 2018, remembered Hawkins as a mentor and friend. He recalled bonding with the late drummer over their love for the band Queen.

At Saturday night’s concert, Spiller joined Brian May and Roger Taylor of Queen to pay tribute to Hawkins.

“I just miss him,” he said. “Whenever I get emotional about it, I just think how proud and excited he would be for me today to be able to play with both of our heroes is something that nobody can take away from me so I’m doing it for him.”

Music legend Geddy Lee of the band Rush said it meant “a hell of a lot” to pay tribute to Hawkins at the concert. Guitarist Alex Lifeson agreed, saying “it’s definitely special.”

“He was relentless,” Lee said of Hawkins. “He was kind of a monster drummer and what I particularly loved about Taylor was that he had an affinity for all kinds of styles of music.”

“He just loved being a musician, loved performing and playing,” Lifeson said.

Stewart Copeland of the band The Police said he and Hawkins were “heroes of each other” and said the most emotional moment of the tribute concert was Hawkins’ 16-year old son Shane Hawkins taking his father’s seat at the drum to perform the Foo Fighters’ song “My Hero.”

“I started crying,” Copeland said. “He’s got such power, enthusiasm. He’s got his father’s stance, musical language. That was really emotional to see young Shane up there.”

The concert benefitted charities MusicSupport.org and MusiCares.org. You can watch the concert on Paramount+, which like CBS News is part of Paramount Global.

Tori B. Powell is a breaking news reporter at CBS News. Reach her at tori.powell@viacomcbs.com

Cate Blanchett on “Tár” and the art of transformation

Does The Use Of Technology Cause Diseases Such As “vamping” And “phubbing”? Learn More Here