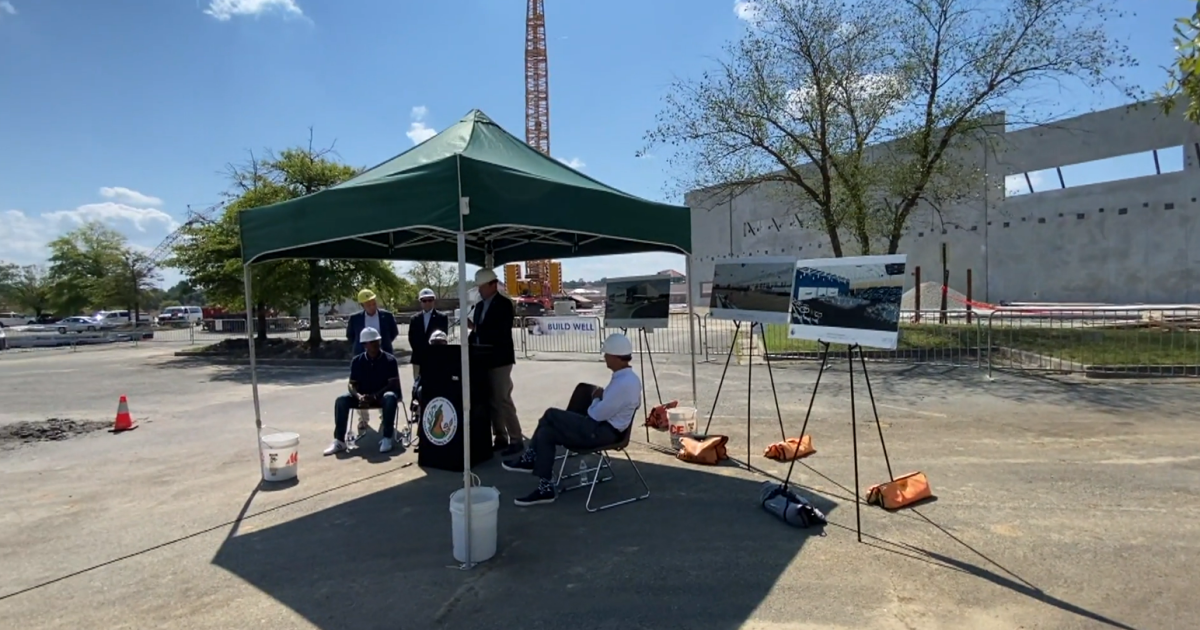 It’s the latest step in this $50 million project that’s been in the works since before COVID-19.

The 115,000-square-foot facility will include basketball and volleyball courts, and a convocation center. Those overseeing the project say its location near Interstate 95 will make it a convenient and sought-after spot for sporting and entertainment opportunities, set to bring in thousands of visitors.

“They’re staying in our hotels, they’re eating in our restaurants, they’re buying gas, whatever else they may need while they’re here in town and a lot of those tournaments can range from maybe two or three overnight stays, and we just had an event recently where they were here for 10 days,” said Dennis Bickmeier, Executive Director of Henrico Sports and Entertainment Authority.

In 2021, tournaments in Henrico County brought in nearly $60 million in sports tourism dollars. That dollar amount, Bickmeier said, is expected to double with the new facility.

“What we were missing out on, not having an indoor facility, was estimated at about $33 million dollars. So, we think that $60 million’s gonna jump pretty quickly in 2024 when we can get a full calendar of activities here in the building. So it’s not uncommon to think that that 60 could double in what’s basically maybe 18 months, 36 months time.”

Henrico County Board of Supervisors Vice Chair Frank Thorton, who oversees the Fairfield district where the center is being constructed, said more tourism will mean more cars on the road, something planners will need to look out for.

“Henrico is becoming more urbanized so therefore there will be more traffic, so what we’re going to have to do as stewards of the community, is listen to the residents and see where we make those changes, where they can make those adjustments.”

Thorton said despite potential traffic troubles that may come with the increase in sports tourism, the new center will be a win for more than just Henrico County.

“Although this will be a boom for Henrico, this is gonna help our sister localities. I’m very proud of that because, at one time, the Richmond region did not have that.”

Construction is expected to be completed in September of 2023. Events will likely be scheduled starting in 2024.

Nearby, the new GreenCity development that includes a 17,000-seat arena is set to open in 2026 at the site of the former Best Product headquarters.