“Heroic” officer lauded for stopping “possible shooting at a school” 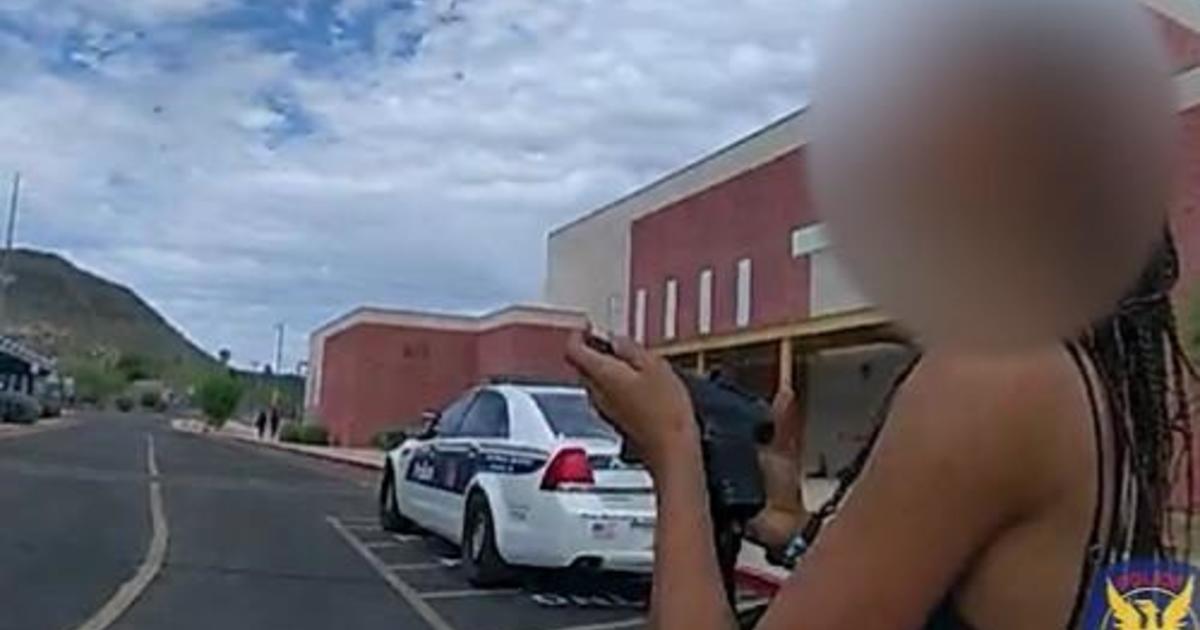 Phoenix police were singing the praises of one of their own Monday, saying his “heroic actions” prevented “a possible shooting at a school.”

They released video of the incident with the hashtag #ThisIsWhoWeAre.

The station cites police as saying Desira Marce Eliza Featchurs pulled out the gun with a child only a few feet away at Mountain View School before the officer intervened.

The video shows a child getting into a car with a man when Featchurs objects.

“He wanted to get in. He’s getting in,” the officer says, referring to the child getting into the car.

“You think I’m [expletive] playing?” she’s heard yelling before grabbing the gun out of her purse.

The officer then quickly grabs Featchurs.

She was arrested on multiple charges, KPHO says.

There was no word on the reason Featchurs was upset.