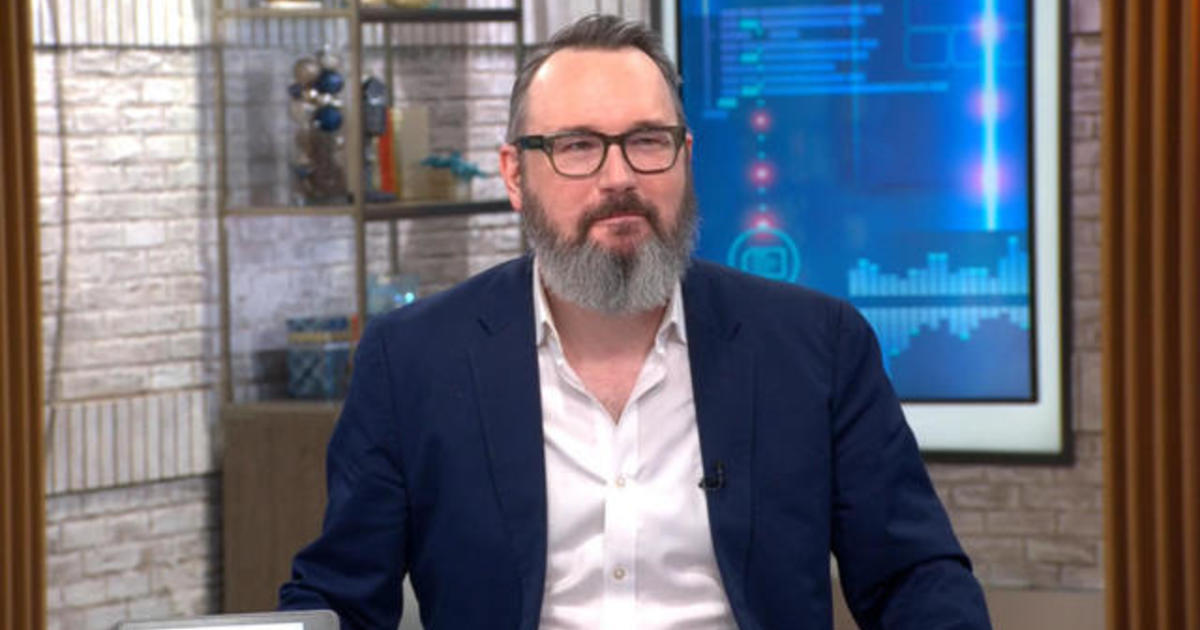 Many Americans are already thinking about their New Year’s resolutions, and most say they’re making their health a top priority.

A new survey shows people are looking to exercise more, eat healthier and lose weight, according to market and consumer research company Statista. They’re also hoping to save money and spend more time with friends and family, Statista’s survey shows.

Dan Ackerman, an editorial director at CNET, joined “CBS Mornings” on Thursday to share tips on how technology can help people reach those goals in the new year.

The first item on the list is a virtual reality headset. Ackerman said VR headsets now offer a variety of features that can help people get motivated about their health- and fitness-related resolutions.

“That sounds crazy, but there are headsets that are wireless and lightweight,” he said.

The latest VR headsets feature exercise programs, such as boxing programs and even music programs for those who enjoy dancing.

“I’ve seen people lose a ton of weight, do a ton of aerobic exercise with something like the Oculus or the Meta Quest 2,” Ackerman said.

Next, for people who want to get organized, he suggested a Kindle Scribe, a new version of the Amazon tablet that allows for note-taking on the actual device.

“You can actually make all your notes on it, you can do your journals on it. I’ve started my to-do list on it,” Ackerman said. “I find that if I write something, I remember it better than if I type it. But this way I don’t have to carry around a bunch of notebooks and papers and stuff. I can just keep reusing this.”

As for people who want to stop losing things like their keys and cell phones, Ackerman suggested Apple’s AirTag. But, he said, people should get one of those along with an accessory, such as keychains and wallet cases.

“If you have one, you kind of need one of these accessories for it. It makes it so much more useful,” he said, noting that AirTags cost about $29 and accessories typically range from $10 to $20.

For those who want to combine high tech and low tech to remember passwords but don’t like password managing programs, Ackerman said a simple password notebook, costing around $5 to $25, is the way to go.

“I used to make fun of my mother and people for using a password notebook, where you actually wrote the passwords down, but I’ve come around,” Ackerman said. “Now I agree that it’s actually OK because it’s one physical copy, you know where it is, you’re not emailing yourself the passwords, not putting them in a text file.

“You can maintain the security of this one little notebook by keeping it in your house locked up,” he said.