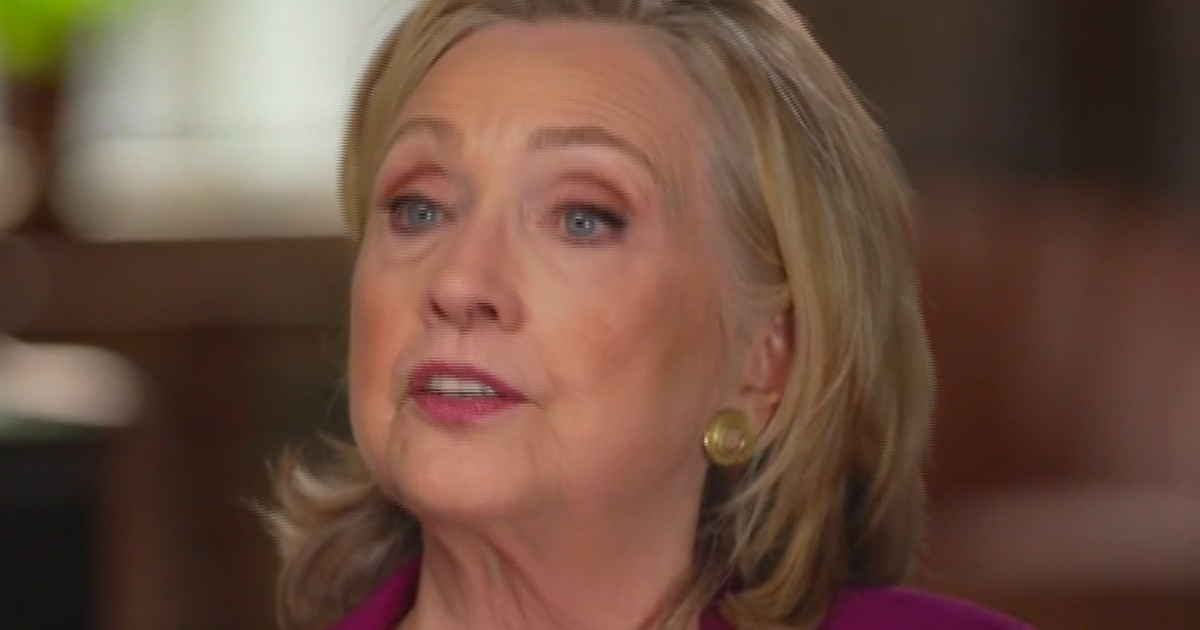 In a wide-ranging interview with CBS News, former Secretary of State and Democratic presidential candidate Hillary Clinton said she does not plan on running for president again after losing to former president Trump in 2016. But Clinton said she plans to do “everything I can” to ensure future presidents defend democratic principles.

When asked by “CBS Evening News” anchor and managing editor Norah O’Donnell if she’d ever consider another presidential bid, Clinton replied “No, no.”

“But I’m gonna do everything I can to make sure that we have a president who respects our democracy and the rule of law and upholds our institutions,” she added.

If Trump runs again, she said, “he should be soundly defeated.”

“It should start in the Republican Party,” she added. “Grow a backbone. Stand up to this guy […] And heaven forbid if he gets the nomination, he needs to be defeated roundly and sent back to Mar-a-Lago.”

Trump’s Florida residence has taken center stage after an FBI search for classified documents. In 2016, Clinton was under investigation for her own handling of classified information and faced questions about using a private server as Secretary of State.

Then-FBI Director James Comey ultimately recommended she not be prosecuted, but said Clinton and her team were extremely careless.

Clinton told O’Donnell that hers was a “very different situation” from what Trump is currently facing.

“I was cleared and [Comey] just kept talking and talking,” she said. “And then came up with a new reason to talk some more 10 days before the election.”

“So I think it’s a really different comparison to what’s going on here when it appears that the Justice Department and the FBI have been incredibly patient, quiet, careful, until they finally apparently thought that national security was at stake,” she added.

Clinton said she’s watched all of this summer’s hearings on the Jan. 6 Capitol assault and said House Jan. 6 Committee Vice Chair Liz Cheney has done “a great, historic service” for the U.S.

Cheney, a Wyoming Republican who was one of the few members of her party to vocally oppose Trump, recently lost a primary race against a Trump-backed challenger.

Ultimately, Clinton said, Cheney “paid the price” for speaking out against Trump, which she called “gutsy.”

Clinton also spoke highly of the witnesses who have testified at the hearings, especially those who are young women.

“That goes to a point about being a gutsy woman,” Clinton said. “The couple of young women who have come forward out of the Trump White House, they have been vilified. They had to have known that they were going to be criticized. But I give them enormous credit for speaking the truth and doing the right thing.”

Clinton, along with her daughter Chelsea Clinton, are attempting to give extra meaning to the word “gutsy” in their new series for Apple TV+. “Gutsy,” as the pair recently told O’Donnell, highlights the stories of women who are “determined to make the most” of their lives.