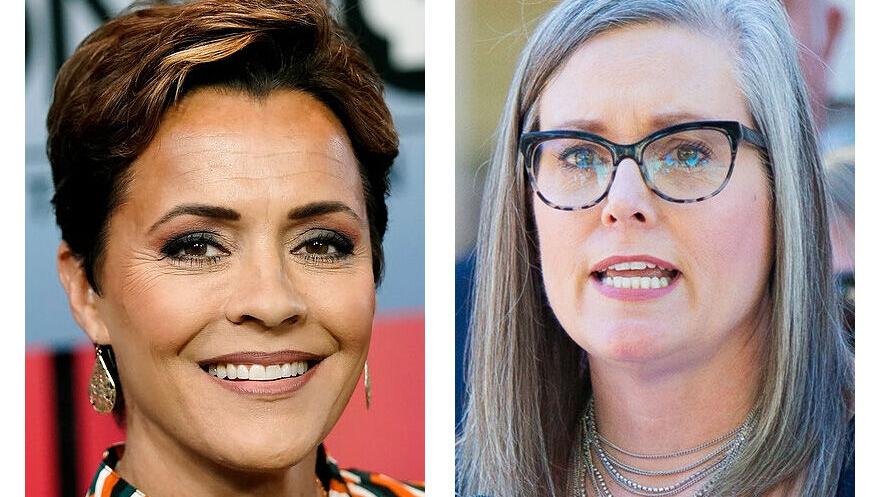 But the decision is hardly a surprise.

Nicole DeMont, Hobbs’ campaign manager, balked last week when commission chairman Damien Meyer asked her flat out whether there are any conditions under which the candidate would agree to participate in the same kind of debate the commission has sponsored for decades. DeMont said she would not respond to “hypothetical” questions.

And Hobbs refused to debate Marco Lopez ahead of the Democratic primary.

In explaining the decision, DeMont repeated the same claims she made to commissioners last week, charging that Lake would turn the event into “constant interruptions, pointless distractions, and childish name-calling.”

She also has complained that Lake, who insists that the 2020 election was stolen from Donald Trump, would spend the time rehashing old conspiracy theories rather than how focus on policies for governing the state.

DeMont repeated her offer to participate in a “town hall” style event, where she and Lake would answer questions, but separately. Commissioners rejected that proposal Thursday, saying the public is entitled to see the candidates side by side.

Hobbs’ decision means that Lake will get 30 minutes of her own on KAET-TV, the Phoenix PBS affiliate. It is set to be held on Oct. 12, with questions from Ted Simons, who has hosted other debates. That is precisely what happened when Hobbs snubbed a debate with Lopez.

No other major candidate for any Arizona statewide office has refused to debate.

Howard Fischer is a veteran journalist who has been reporting since 1970 and covering state politics and the Legislature since 1982. Follow him on Twitter at @azcapmedia or email azcapmedia@gmail.com.

Stay up-to-date on the latest in local and national government and political topics with our newsletter.