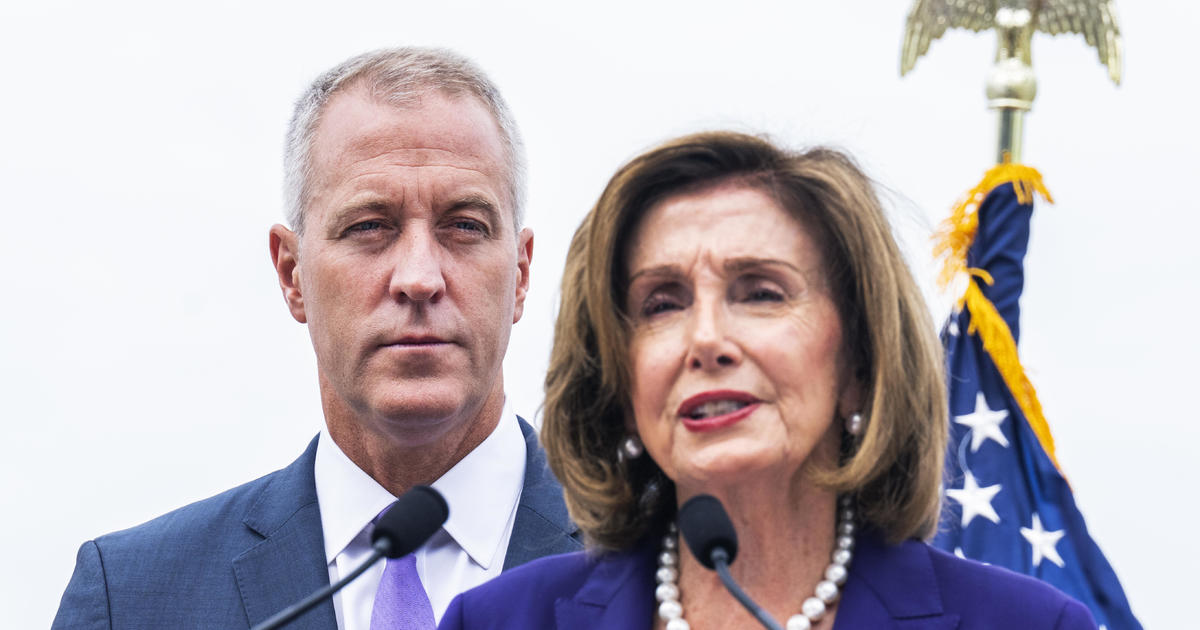 The main campaign arm for House Democrats raised $56.5 million from July through the end of September, according to numbers first shared with CBS News.

Their sum means the committee has raised more than their Republican counterparts in that same period, as the party that holds control of the House faces massive super PAC spending and historical headwinds going into November’s midterm elections.

The committee attributes their numbers to energy from Democratic voters after the Supreme Court overturned Roe v. Wade, putting the topic of abortion access front and center in these midterms.

Democrats have overperformed or won in several special elections after the Dobbs decision, including holding New York’s 19th District, which Mr. Biden won by just one point in 2020. They also flipped Alaska’s at-Large seat, which was previously held by the late Republican Rep. Don Young.

In a statement, DCCC Chairman Sean Patrick Maloney thanked House Democrats, Speaker Nancy Pelosi and President Joe Biden for the “hard work… [they] are putting in to guarantee Democrats can continue fighting for American families.”

Mr. Biden held a fundraiser Wednesday in Los Angeles for the DCCC.

“While House Republicans scramble to ‘moderate’ their extreme MAGA, out-of-touch candidates, House Democrats aren’t taking anything for granted as we continue our fight to lower prices, restore Roe’s guarantee of reproductive freedom, and safeguard our Democracy from those seeking to overthrow it in their own selfish ploy for power,” Maloney said in a statement.

The NRCC raised $42.3 million from July through the end of September, $14 million less than the DCCC for the quarter.

The NRCC said they raised $257.4 million this cycle and has $92.3 million cash on hand. Their cash on hand number is nearly $40 million more than what they had at this point in the cycle in 2020, when House Republicans surpassed expectations and flipped 15 seats.

The DCCC has raised over $295 million this cycle, according to a CBS News analysis of campaign finance reports. The DCCC did not share how much cash it has on hand at time of publication.

NRCC chairman Tom Emmer said “our candidates will have the resources they need to prosecute the case against Democrats’ failed agenda.”

The advantage House Democrats have with their party committees is in contrast with the main House super PACs for both sides.

The Republican-backed Congressional Leadership Fund announced Wednesday that they brought in $73 million from July through the end of September and have $114 million cash on hand. They also said they set a record in raising $295 million throughout the whole cycle. This number is in combination with what their advocacy group, the American Action Network, has raised.

The House Democrats’ House Majority PAC raised $55 million from July through the end of September and $134 million throughout the whole cycle, $86 million less than what the Congressional Leadership Fund brought in.

“We continue to shatter records this cycle because there is palpable enthusiasm behind electing a Republican Majority and ending Democrat single party rule,” said CLF President Dan Conston, who added they’ve put themselves “in an excellent position.. to execute on our plans to help win the House Majority.”

House Republicans need a net gain of just five seats to flip the chamber for a total of 218. The latest CBS News battleground tracker on House races estimated that Republicans will win 223 seats in November, compared to 212 for Democrats. This estimate has gradually shrunk for House Republicans who were projected to win 230 seats in July and 226 seats in August.

But Republican strategists and groups feel confident the political environment with one month left still favors them –  and that they’re adequately spending on ads in this homestretch.

Two GOP-aligned PACs, the Congressional Leadership Fund and  American Action Network, have a combined $190 million in TV ad reservations through the end of the year, while the House Majority PAC and its House Majority Forward non-profit have spent a combined $135 million, according to data from advertisement tracking firm AdImpact.

Meanwhile, the DCCC has spent $88.3 million on advertisements, in addition to coordinated buys with several of their most vulnerable members. Over $9.7 million has been spent in Las Vegas, a market that reaches several targeted incumbents, and over $3.75 million in Maine’s 2nd District, represented by  Democratic Rep. Jared Golden.. The group has also spent $5.1 million in Michigan’s 7th District, represented by Democratic Rep. Elissa Slotkin, and over $3.7 million in California’s 22nd District, where Democrats are trying to upset Republican Rep. David Valadao.