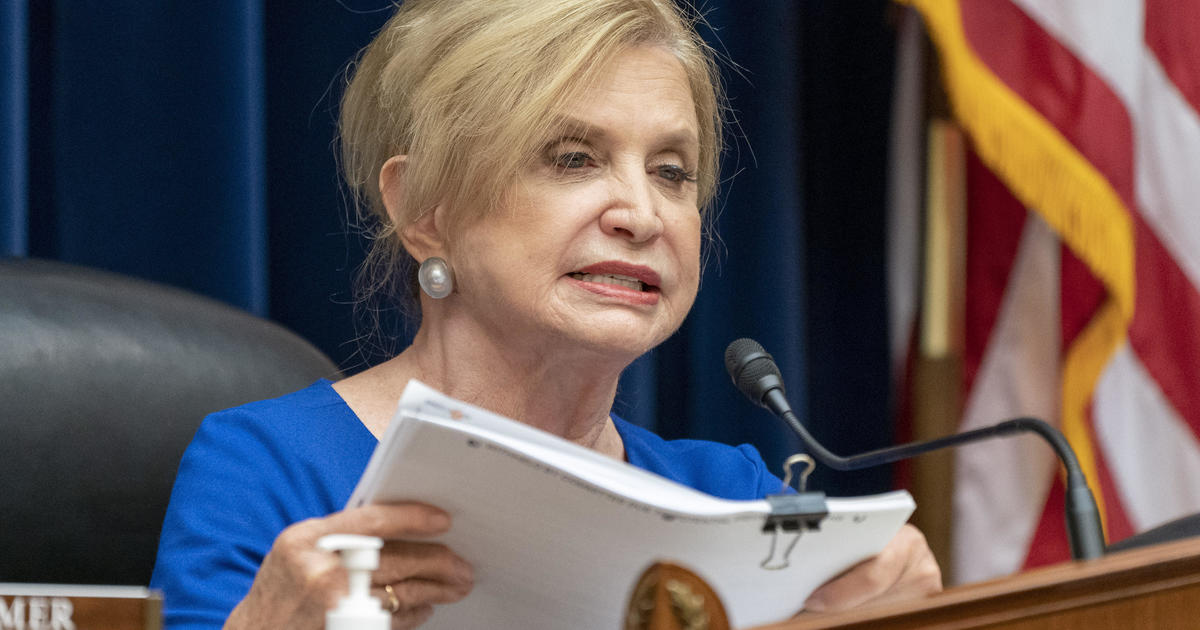 More than a month after the FBI seizure of records from former President Donald Trump’s Mar-a-Lago residence the U.S. House Oversight Committee is urging the National Archives “to seek from former President Trump a written certification that he has surrendered all presidential records or classified materials.”

“In light of revelations that Mr. Trump’s representatives misled investigators about his continued possession of government property and that material found at his club included dozens of ’empty folders’ for classified material, I am deeply concerned that sensitive presidential records may remain out of the control and custody of the U.S. government,” wrote House Oversight Committee chair Rep. Carolyn Maloney, Democrat of New York. .

The National Archives confirmed to CBS News on Tuesday that it had received the letter from the Oversight Committee, but declined to comment further.

The FBI recovered thousands of records, including dozens that the Justice Department says were marked as classified, during a court-approved search on Aug. 8 at Mar-a-Lago.

Maloney acknowledged that Trump is under no legal obligation to provide any written certification that he’s returned records.  But in her letter, Maloney wrote, “The exceptional circumstances in this case warrant that Mr. Trump do the same so Congress and the American people can fully understand the impact of his actions on our nation’s security, take mitigating action, and consider legislative reforms.”

The letter also said, “The Committee is concerned that, given this pattern of conduct, Mr. Trump may continue to retain presidential records at non-secure locations, including classified material that could endanger our nation’s security and other important records documenting Mr. Trump’s activities at the White House.”

The Justice Department has referenced concern about records that remain unaccounted for from Mar-a-Lago in their recent court filings in federal court in Florida. U.S. District Judge Aileen Cannon has put a freeze on the federal investigation into those records as both prosecutors and Trump attorneys argue over naming and duties of a special master.

The Justice Department has argued that the freeze should be lifted, saying that halting its investigation posed grave harm to national security and the intelligence review of the records could not be effectively performed without the involvement of criminal investigators. The investigation and the public at large, prosecutors wrote, could be “irreparably injured” by the pause.

In a court filing on Monday, the Justice Department said it would agree to the naming of New York federal judge Raymond Dearie to serve as a special master in the case. Dearie was one of two candidates for the role submitted by Trump’s legal team. There is no firm timetable for a decision from Cannon on the matter.