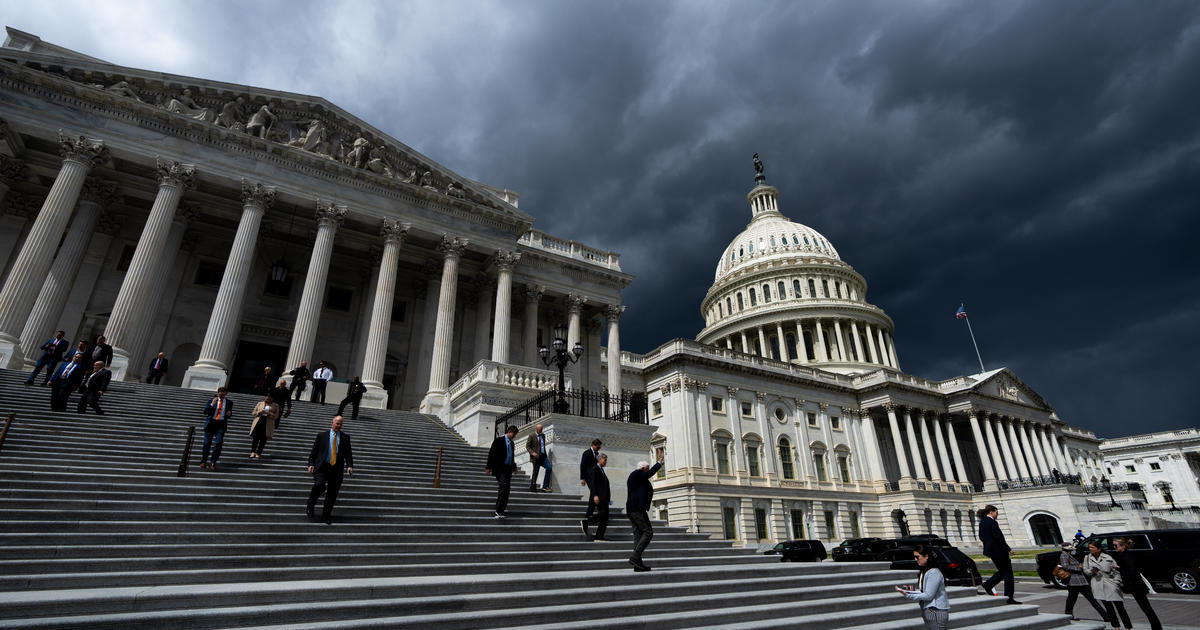 With nearly 40 days until the November midterm elections, House Republicans are focusing their closing argument around the economy, blaming laws passed as part of President Biden’s agenda for high inflation and for worsening economic problems.

The latest seven ads from the Congressional Leadership Fund, a super PAC backed by House Republican leadership, tie House Democrats to Mr. Biden and House Speaker Nancy Pelosi, and some of the ads argue the Democratic candidates have been enjoying wealthy lifestyles while inflation has remained high.

The ads were first shared with CBS News. The group has reserved at least $168 million in TV ads for the general election.

One ad, in Spanish, criticizes Democratic Rep. Henry Cuellar of Texas’ 28th District for living in a Washington, D.C., condominium and ends with “Henry Cuellar, in Washington, se olvidó de nosotros,” or “he forgot about us.”

It uses footage Cuellar posted in front of his childhood home in Las Lomas, Texas, after the FBI raided it as part of an investigation relating to Azerbaijan and several U.S. businessmen. Cuellar’s attorney has said he is not a target of the investigation.

Other ads criticize Democrats for voting with Mr. Biden’s agenda, and blame them for higher grocery bills and looming tax hikes caused by the Inflation Reduction Act.

All the districts are considered “toss ups” by the Cook Political Report, with the exception of Texas’ 28th District, which the report rates as leaning Democratic.

All but two of the seven ads are focused on the economy. In the one for Pennsylvania’s 17th District, Democratic candidate Chris Deluzio is tied to the “Defund the Police” movement via Pennsylvania’ 12th District candidate Summer Lee, a progressive who argued police departments don’t need more funding.

The ad running in Nevada’s 3rd District highlights how Democratic Rep. Susie Lee made up to $3.3 million in stock trades in the early months of the pandemic. According to Business Insider, Lee failed to properly disclose more than 200 personal stock transactions worth a total ranging between $267,000 and $3.3 million.

“Crime is soaring, the economy is in free fall, and all Washington Democrats care about is their far-left political agenda,” said CLF communications director Calvin Moore. “Americans are seeing the grim consequences of Democrats’ reckless policies and are ready for new leadership in November.”

The ad blitz comes as the number of seats Republicans are forecast to win this November is decreasing, according to the CBS News Battleground Tracker. The tracker showed Republicans winning 230 seats in a July estimate, 226 seats in an August estimate, and 223 seats this month.

Democrats have shown some momentum, in recent races, exceeding expectations in House special elections and a proposed amendment that was on the ballot in Kansas, where voters emphatically rejected enabling the GOP-led legislature to place further restrictions on abortion.

But more poll respondents found that economy and inflation, two issues 94% of Republican voters say is “very important” to them, rank higher in their vote than abortion.

“But we want to compete everywhere from Rhode Island to Oregon, to California to Iowa and in between. I think we have the best candidates you have ever found,” he told congressional correspondent Nikole Killion last Friday when he launched the House Republicans’ “Commitment to America” plan.

“I’ve listened to Nancy Pelosi and the DCCC and they believe they’re gonna keep the majority and add seats. Nobody gives you the majority, you have to earn it,” he said. “The unfortunate part is Democrats control all and they brought a lot of problems, and they have no plan to fix it.”