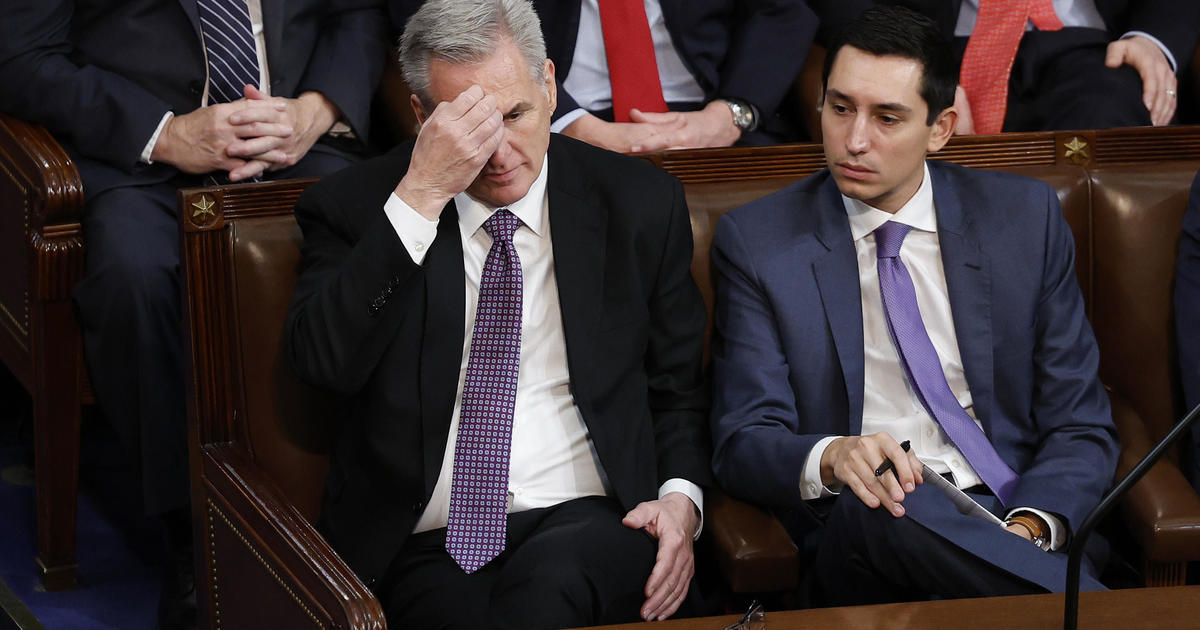 The House of Representatives failed Wednesday on three more ballots to elect a House speaker as Republican leader Rep. Kevin McCarthy continually fell short of the majority he needs.

Little changed on Wednesday – except McCarthy lost one more vote, a Republican who switched from supporting him to “present.” McCarthy had suggested Tuesday night that he might prevail with a lower majority, and if some of the 19 holdouts were to vote “present,” he could win – but it’s unlikely he wanted to lose a vote.

Democrats remained united behind Rep. Hakeem Jeffries, as he remained strong with all 212 Democratic votes on all six ballots.

The GOP breakaway faction on Wednesday nominated Republican, Rep. Byron Donalds of Florida, instead of Rep. Jim Jordan – who had voted for McCarthy and has said he wasn’t seeking the speakership. With the Democrats having nominated Hakeem Jeffries, it marked the first time in history two Black men were nominated to be speaker of the House.

Donalds told reporters that he didn’t “think we’re at that point” of McCarthy stepping aside, but he said Republicans are continuing to negotiate, and that he anticipates meeting with McCarthy later Wednesday.

Republicans in their nominating speeches appealed to their members to unify and back McCarthy. GOP Rep. Mike Gallagher of Indiana was up first, saying he was “proud” to be a member of a party that invites debate and acknowledged the frustrations from a faction of the Republican conference.

Former President Donald Trump posted on Truth Social on Wednesday morning to try to sway the rebel Republicans toward McCarthy, writing that “it’s now time for all of our GREAT Republican House Members to VOTE FOR KEVIN, CLOSE THE DEAL.” Former Vice President Mike Pence also tweeted his support for McCarthy.

Although this was the first time in roughly 100 years it’s taken more than one ballot to vote in a new speaker, this delay is far from unprecedented. In 1855, the House took four months to select a new speaker.

The House cannot conduct any business until a new speaker is elected by a majority of members – not even swear in the new members. “There is no House of Representatives as we know it. There is no member of the House currently sworn in,” CBS News senior White House and political correspondent Ed O’Keefe noted on CBS News’ streaming channel Tuesday following the three failed votes.

The House speaker is second in line for the U.S. presidency.