How technology is changing the operating room 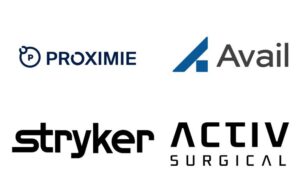 With all the hype around the use of data, artificial intelligence (AI) and other technologies, the operating room environment is ever-changing.

But, how does it translate to what clinicians do in practice and how will it improve?

On the “How technology is changing the OR” panel at DeviceTalks Boston, Proximie CEO Nadine Hachach-Haram posited that question, saying that the excitement around the technology must be met with the right application.

“The quality of care has improved access but how does it ultimately make sure every patient is getting the best care the first time, every time?” Hachach-Haram said. “With that in mind, value and impact was always front of mind. … We recognized that we needed to build something fit for now that fit for the future as well.”

Satish served as founder and CEO of Gauss Surgical before it was acquired by Stryker last year. Gauss designed the Triton artificial intelligence-enabled platform for the real-time monitoring of blood loss during surgery, using an iPad as the hardware platform for the monitoring.

As part of the acquisition by Stryker, Satish said next steps included figuring out how to deploy more AI into the platform and continue to offer a visual data feed in the OR.

“I really think that the AI can start to build these autonomous feedback loops into care where you don’t necessarily need to rely on someone’s expertise,” Satish said. “You can automate steps of a robotic procedure or something like a critical piece of information that that is then going to drive these protocols.”

Hawkins said devices like iPads and similar pieces of hardware allow for capabilities that provide meaningful insights. Although he said he loves the idea, he said it’s a challenge in a practical sense.

The Avail CEO said that, once that challenge is overcome, bringing those real-time capabilities into the OR bring decision making to the next level for surgeons, as computer vision or AI allow users of the technology to look around the corner at things the naked eye may not be able to predict.

“Pulling data back into the operating room requires that you have the capability to do that,” Hawkins said. “We’re building that capability as a background network engine, but that’s really where the power of that data is — to clinically drive decision making in the moment.”

That ability to look around the corner feeds into what Usen and Activ Surgical are doing. The company brings real-time information to surgeons on the operating table in an effort to thwart preventable medical errors.

Usen likened the situation to watching football on television, where the viewer has a yellow line to let them know where a team needs to reach to pick up a first down, but those on the field don’t have that luxury.

“We see [the yellow lines] on TV. I want the players to see that,” Usen said. “I want the surgeons to see what’s up ahead. We believe we’re bringing the first real-time information to the operating room point of care for the patient.”

Usen added: “Data is only as good as the insights that are derived from it. And because data is a bumper sticker in terms of how important it is in medicine, at the end of the day, it has to be something that’s really needed. … Let’s make sure we put on the screens for our surgeons the information that’s pertinent from experts around the world right at this point of care. That’s when data will mean something.