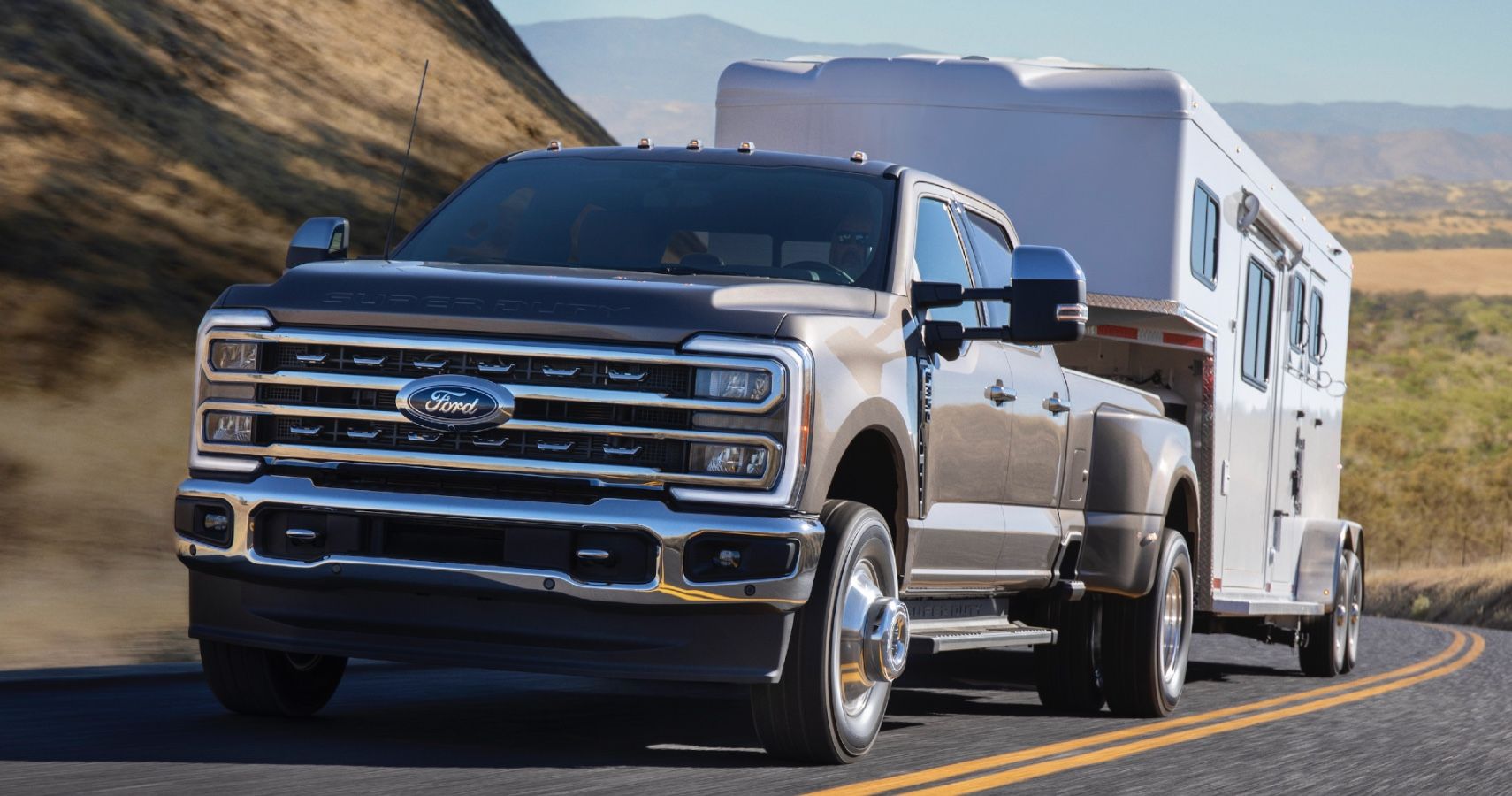 Ford’s been making trucks for so long, it’s next to impossible to imagine the future without them, particularly in the United States. The all-new 2023 F-Series Super Duty pickup truck and chassis cab line-up were recently unveiled. The Super Duty series has been redesigned from the inside out, keeping in mind its work capabilities.

But most of all, it’s loaded with new technology and a host of cloud-based services. The Ford Super Duty is built for the builders, who’ve been the backbone of the American economy. So Ford has put everything it knows, with a lot of passion into the development of these trucks, making them more clever, tech-laden and of course, more powerful.

Ford says that the F-Series Super Duty range had made more revenue for the company than a few Fortune 500 companies out there – and that says something. It’s one of the most trusted products in the Ford stable, and we’re going to look at what makes its tow technology package all the more appealing.

The Ford Super Duty Series continues to lock horns with its arch nemesis from Chevy and RAM. The trio is hard at each other in the Heavy Duty face-off!

Related: 10 Reasons Why The Ford Maverick Is One Of The Coolest Trucks On The Market Right Now

A majority of Ford pick-up truck customers end up using their trucks to tow something or the other around, so it only makes sense to focus on what could make living with a truck and its ability to tow, a lot easier. There are a few all-important upgrades that have made the Super Duty trucks so much more appealing with the new tow technology package.

There are four cameras mounted to the trailer that gives you a 360-degree surround view, while there is also a single camera that offers a selectable view. Either way, the images are carried on the CAN-bus feed via the 7-pin trailer wiring harness connector and are reflected on the infotainment screen, one view following the other.

If you’re driving into a remote location with your trailer, this feature is likely to be the ultimate savior. With the help of an improved map database, the F-Series Super Duty truck’s navigation system can set itself in a manner that lets you select a route that will help you decide if a turn is too tight for your lengthy truck and trailer, and if your trailer is too tall, it’ll make sure you avoid bridges that won’t let you get through.

This functionality lets the truck align its hitch, which includes the bumper or the gooseneck, with the trailer’s pin without any fuss. Before hitching up the trailer for the first time, the system checks with the drivers about the trailer length and the hitch type.

After which, the driver must simply position the truck near the trailer and let it work its magic. Do not start too close, or align it haphazardly, because in that case, the screen is likely to instruct you to move forward and then reverse again. A new optional feature includes a camera and sensors that function when the tailgate is down.

Pick-Up And Down Tailgate

Who doesn’t want a remotely controllable tailgate that moves up and down by itself?! This feature lets the driver motor the gate down, use the camera above to position the truck beneath the trailer gooseneck and then have it closed again, all without having to step outside the truck. If you opt for the step and the extra sensors, the gate can get heavy, but the proven system manages it effortlessly.

The 2023 F-Series Super Duty trucks feature lane centering, automatic stop-and-go, and automatic speed-limit sign detection that can adjust your set speed if it goes beyond the legal limit or drops further down. There is, however, no Blue Cruise limited self-driving available, because F-150 owners like their hydraulic power steering assist over fully electric steering.

Tailgate Down And Reverse Camera Sensing

Ford has placed four additional ultrasonic sensors and a camera atop the tailgate. When the gate is down, it gets activated and keeps the driver in the know of the truck’s surroundings while preserving the 360-degree camera view.

The camera and sensors, both, are compatible with Ford’s tailgate step, and they seem recessed a bit to protect them from payload that may drop onto the top of the tailgate. Anyone towing a gooseneck or fifth-wheel trailer will benefit from this system the moment it is synced with another Super Duty feature: a power-up and down tailgate, as mentioned above.

Related: Why You Should Be Wary Of The Ford F-150 Lightning Pro SSV Police Truck

The remote blind-spot detection sensors can be mounted to the trailer, and wired into the CAN-bus connection of the 7-pin trailer wiring harness, so the warning indicators on the mirrors light up when something is coming in the way, in the lane next to the trailer. To have the sensors function, the driver must turn on the running lights.