How Trump Could Resist the Jan. 6 Panel’s Subpoena 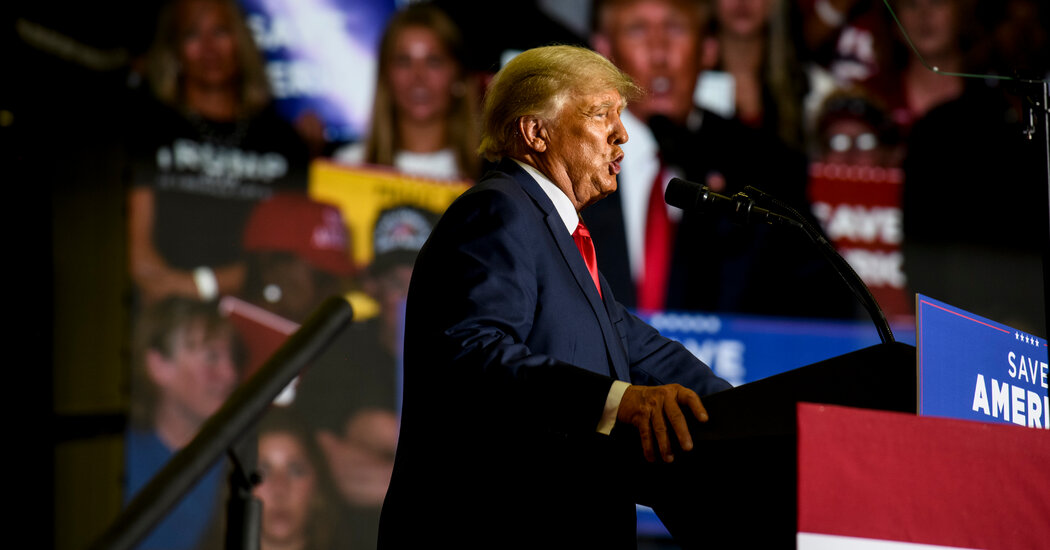 In that case, Nixon v. Fitzgerald, the majority reasoned that presidents must be able to perform their constitutional duties without being inhibited by the fear that a decision could risk making them liable to pay civil damages after they leave office. The question in Mr. Trump’s case would be whether a president could be similarly hindered by a fear of being forced to testify in front of Congress.

Mr. Trump’s legal team could also invoke executive privilege in an attempt to ward off the subpoena. In another case involving Richard Nixon, the Court of Appeals for the D.C. Circuit ruled in 1974 that a Senate committee investigating the Watergate scandal could not force Nixon, then the sitting president, to turn over tapes of his Oval Office conversations.

The appeals court ruled that the Senate’s need for the tapes was not enough to overcome the presumption of confidentiality guarding the presidential decision-making process. That general confidentiality is important, courts decided, so that presidents can receive candid advice from their aides about how best to carry out their constitutional functions.

(More famously, about three months later, the Supreme Court upheld a subpoena by the Watergate prosecutor for the tapes, citing the greater need for them in a criminal proceeding. Soon after, Nixon resigned to avoid being impeached.)

Unlike Nixon in 1974, however, Mr. Trump is now a former — not a sitting — president, and his claims to executive privilege would be weaker. The current officeholder, President Biden, who has greater authority to invoke or withhold executive privilege, might not support him.

Notably, Mr. Biden declined to support an earlier attempt by Mr. Trump to invoke executive privilege to keep the Jan. 6 committee from subpoenaing the National Archives for White House records. The Supreme Court, ruling against Mr. Trump, declined to block the subpoena, although it did so in a way that left unresolved the scope of an ex-president’s powers under executive privilege.

Still, courts might view forcing a former president to show up at the Capitol and testify under oath differently than obtaining documents. Mr. Biden might also be more reluctant to establish a precedent that could help a Republican-controlled Congress subpoena him for testimony.